The Nissan Patrol is an undeniable icon in our region and an SUV we all know and love. For 2020, it’s received quite a few upgrades both inside and out. So, let’s dive in and find out everything that has changed. You’ll also notice two version of the Patrol in the picture above, it’s the V6 Titanium and the V8 Platinum. 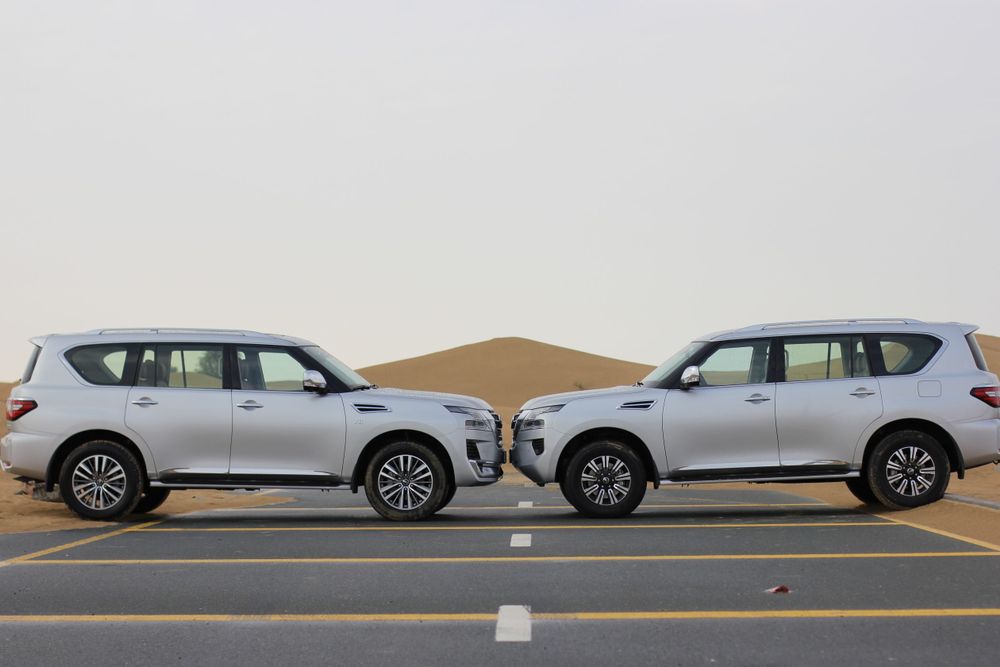 From the outside, this sixth-generation model (also known as the Y62) of the Patrol has remained almost unchanged for the past 10 years. But for 2020, Nissan has sprinkled a host of changes, the most noticeable of which is a new set of full LED headlights with the brand’s signature C-shaped Daytime Running Lights. Following the brand’s design language, the Patrol also gets a new V-Motion grille that is noticeably bolder and smaller than the pre-facelift model.

Both the Titanium and Platinum versions of the 2020 Patrol get LED fog lights as well, but what’s different is where they are located. In the Titanium, the fog lights are placed higher up because of the off-road bumper, whereas in the Platinum they are placed lower down in what Nissan calls a ‘city bumper’.  Another thing differentiating the two versions are the size and design of the alloy wheels. The Titanium comes with 18-inch alloys, while the Platinum gets 20-inch wheels.

Three big changes differentiating the 2020 Patrol from the older model in the back are C-shaped LED taillights with sequential indicators, a chrome strip holding the Patrol name, and a new bumper. As for the differences between the Titanium and the Platinum, there’s just one and you’ve probably already guessed it: the badge. 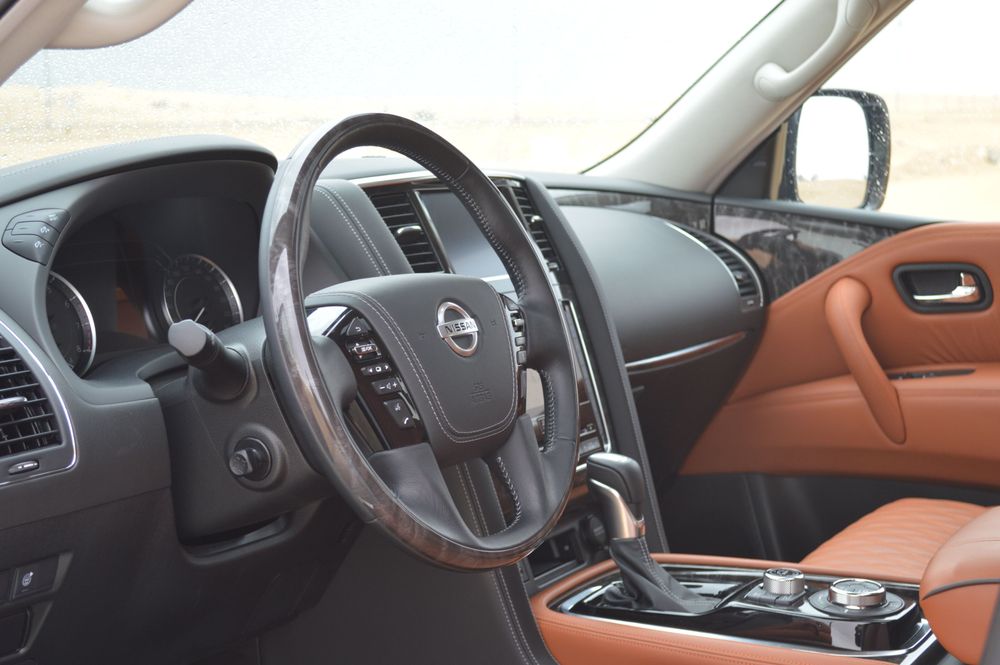 On the inside it’s all very familiar, we still get the same general design and quality we are all used to in a Patrol, but that isn’t to say there aren’t any changes. For starters the dashboard gets a cleaner design because of a new dual touchscreen layout and the instrument cluster houses a bigger 7-inch information screen. The upper screen mainly displays navigation, while the lower screen is used to control your media, mobile connectivity, and various other settings.

In the Platinum version you get real leather and the option of having it in a unique GT-R tan orange color. You also get dark wood trim across the dashboard, center console, and steering wheel that might look familiar and that’s because it used to be reserved for the Patrol NISMO. 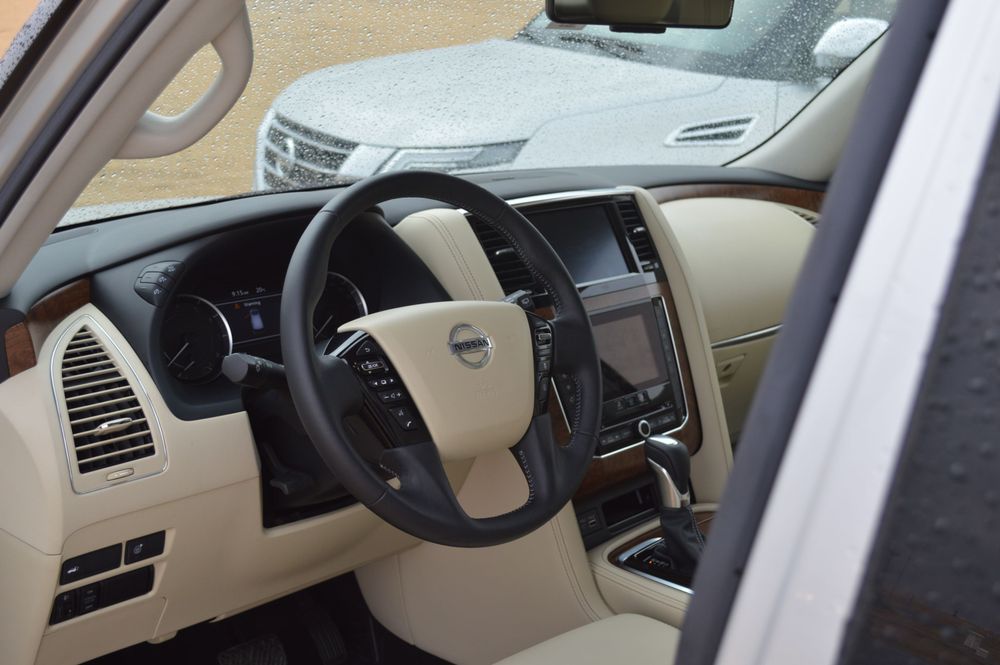 On the other hand, the Titanium does get wood and leather, but they’re both artificial. Also, the steering wheel doesn’t get any wood inserts, but it does get a very mismatched mix of black and beige leather. However, this isn’t much of a deal breaker if you’re buying the Patrol as a family SUV because it still offers the same amount of space and comfort for all other passengers. 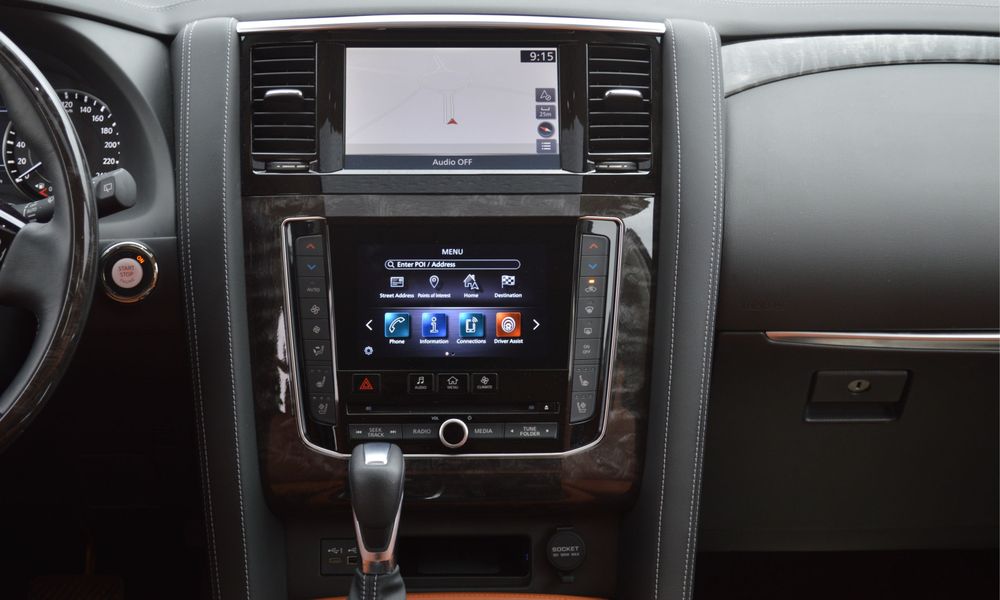 In terms of features, the Nissan Patrol gets adaptive cruise control, blind spot monitoring, an Intelligent Rear-View Mirror, wireless charging, Android Auto, Apple CarPlay, and a brilliant 13-speaker Bose audio system amongst a long list of others. But you’re probably wondering what separates the Titanium from the Platinum.

While the Titanium gets all those features, it’s missing heated and cooled memory seats, an around view monitor, and electric adjustment for the steering – not much to be honest. Both versions also get Lane Departure Assist and Voice Command but neither of these systems can match the refinement of newer systems in the market.

You might also be interested in: Nissan launches Gazelle Storm and Navara Gazelle concepts at Dubai Motor Show 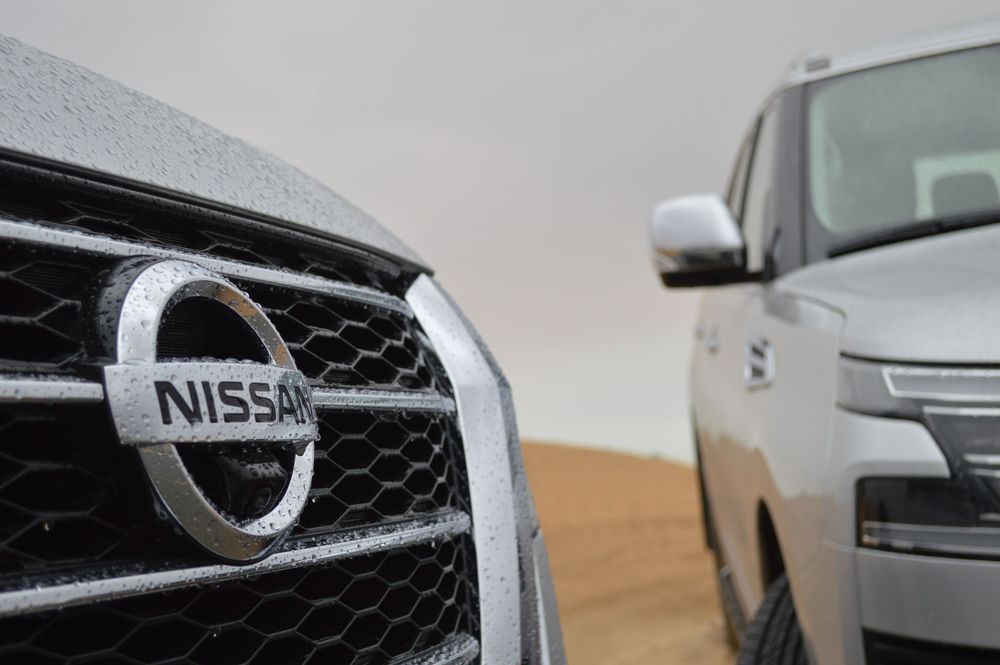 The other big change comes in the form of the suspension set-up. While the V6 comes with plenty of features, it doesn’t receive the Hydraulic Body Motion Control (HBMC) suspension that is equipped on the V8 model. Essentially, hydraulic systems are connected to the 4-wheel independent suspension and absorb bumps in the road and help reduce body roll when cornering. This in turn makes the ride in the V8 much more comfortable both on and off-road. 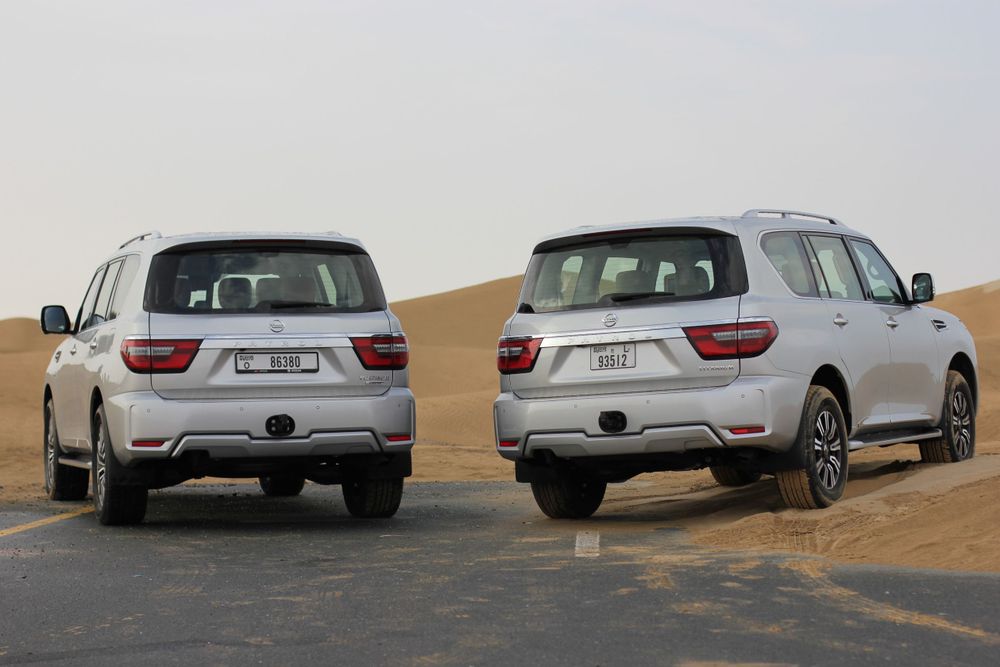 Since the start of the year, we’ve attended plenty of new car launches, but with the current market situation, not many of these new cars are seen on the roads. The new Nissan Patrol, however, since its launch three months ago is EVERYWHERE and that just goes to show how iconic it truly is to the Middle East. Prices for the 2020 Nissan Patrol start at 199,900 Dirhams for the basic V6, with the Titanium at AED 240,000 and the Platinum V6 at AED 265,000. As for the V8, prices start at AED 234,000, with the mid-option Titanium at AED 299,000 and the Platinum at AED 329,000.