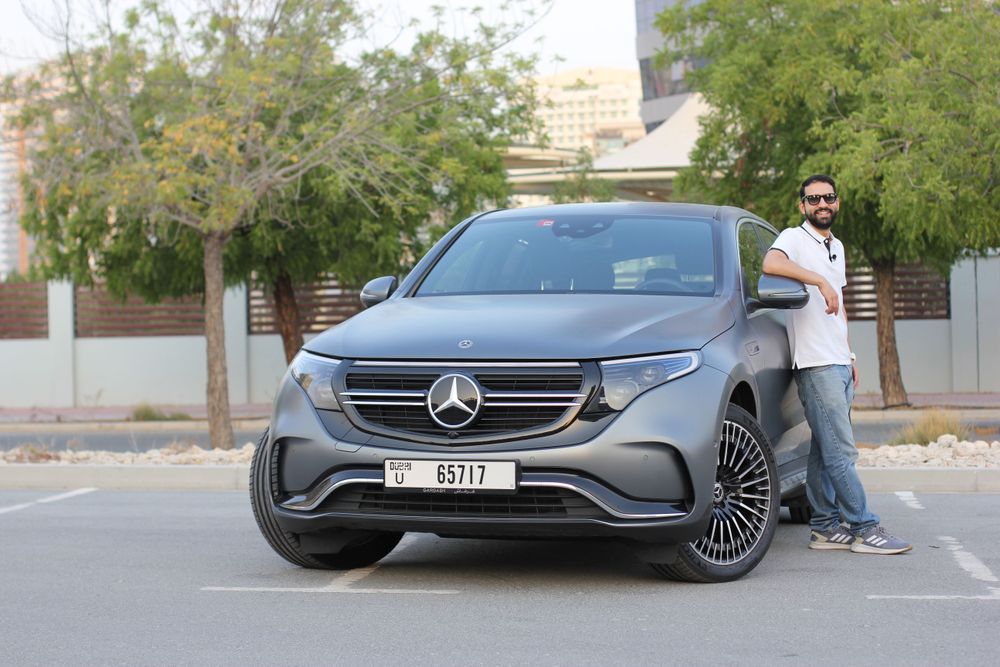 When you hear the words “Electric Vehicle”, there’s a very good chance that you think of Tesla and that’s fair since Tesla has been ruling the EV space for many years now. However, times are changing and mainstream manufacturers want a piece of the pie, so join me in welcoming the first-ever, fully-electric Mercedes-Benz, the all-new EQC. 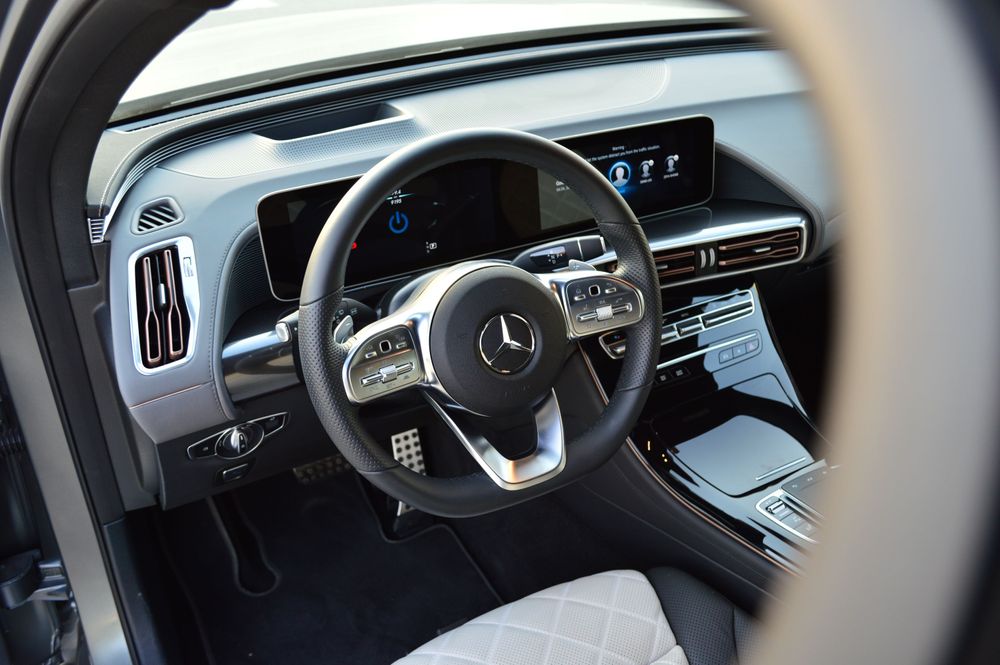 As some of you may have already gathered from the name and size, the EQC is based on the brand’s GLC crossover. It comes fitted with an 80-kWh lithium-ion battery pack and two electric motors (one on each axle) to produce 408 horsepower and 765 Nm of torque.

Put the pedal to the metal and the EQC will remind you of your favorite rollercoaster as it sends butterflies to your stomach and accelerates from 0-100km/h in just 5.1 seconds. With four drive modes including a Sports mode, the EQC has what it takes to put quite a few sports cars to shame, despite weighing a hefty 2.5 tons.

Being a Mercedes and an electric one at that, the quietness inside the cabin is unreal. The team has definitely pushed the bar in terms of refinement with almost no noticeable road or wind noise and the ride is as supple as you would expect from a luxury SUV. 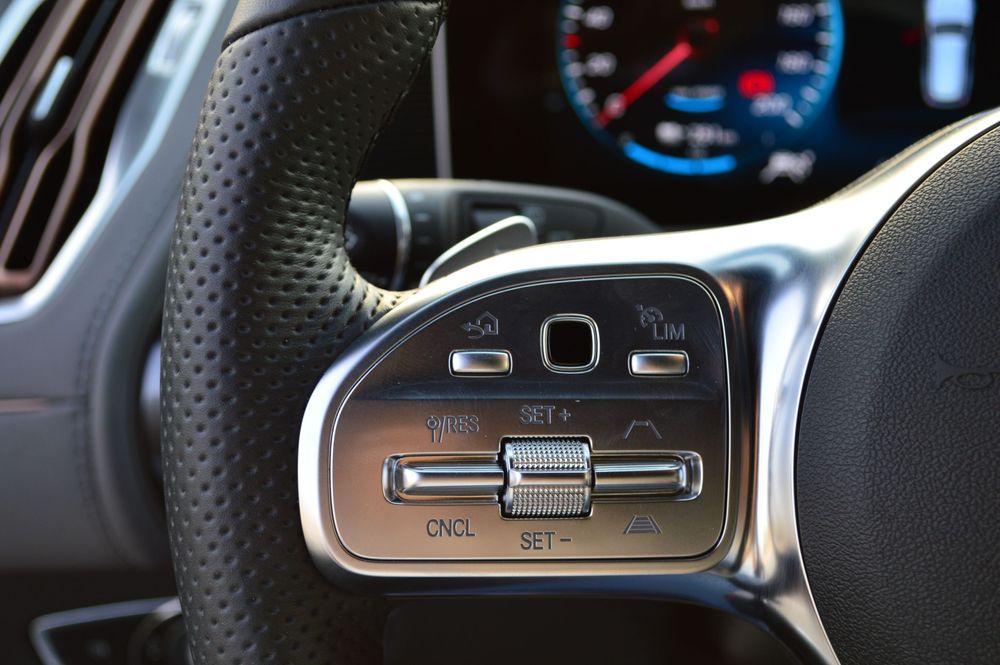 Being an electric car, the EQC is fitted with technologies such as regenerative braking that can be controlled from paddles behind the steering wheel and converts kinetic energy that is traditionally lost during braking or deceleration into electricity for use later on.

Despite an NEDC claim of 450 km on a single charge, the truth is that the EQC will struggle to give you anything more than 300km in the real world. I’m not sure if it is to do with the extreme heat that we have here in the UAE, or do with the amount of power needed to run the AC and all the cameras, radars, and sensors, but the EQC seems to drain its battery quicker than an old laptop and that definitely isn’t convenient. 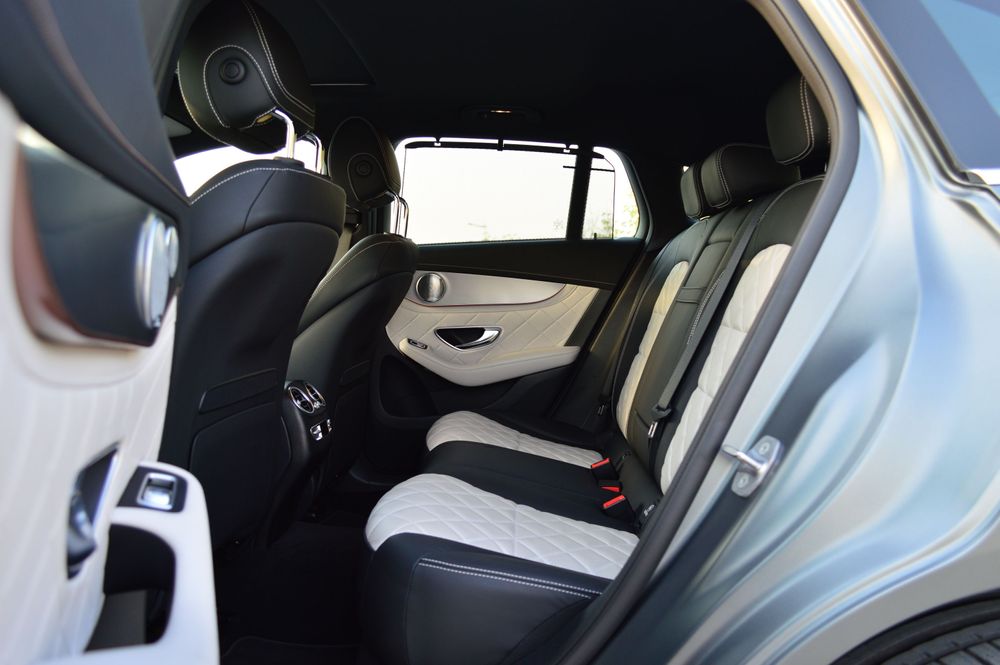 When it comes to interior fit and finish, the designers haven’t cut any corners, it looks as good as any other Mercedes and it feels as good as any other Mercedes. What’s worth pointing out is although the EQC is based on the GLC, it isn’t just a cut-paste job. For instance, the AC vents are very different to what you would find in a GLC and they have an extremely unique copper finish to them.

Space in the back is better than expected and the team has ensured maximum comfort with amenities such as privacy shades, separate AC controls from those in the front, cup holders, and a central storage box. 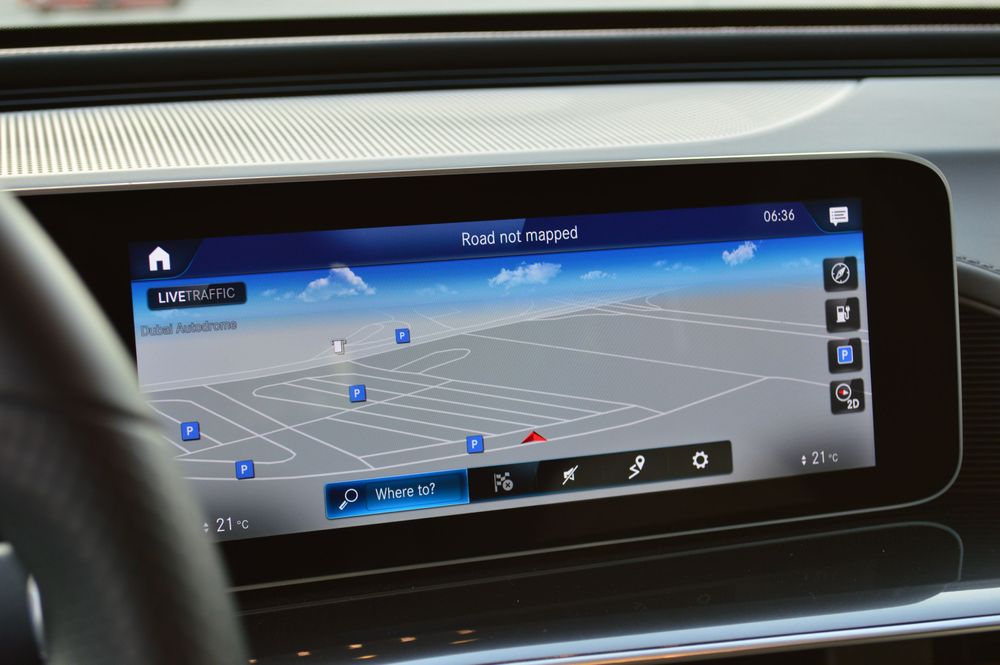 On the feature front, the EQC has a lot to offer, including 360-degree cameras, a sunroof, a 13-speaker Burmester audio system, heated and cooled seats, and a wireless charger. It also has a few cool tricks like an automated parking system and a navigation system with augmented reality, but sadly it doesn’t have anything revolutionary, it is stuff that is already being offered by its competitors. 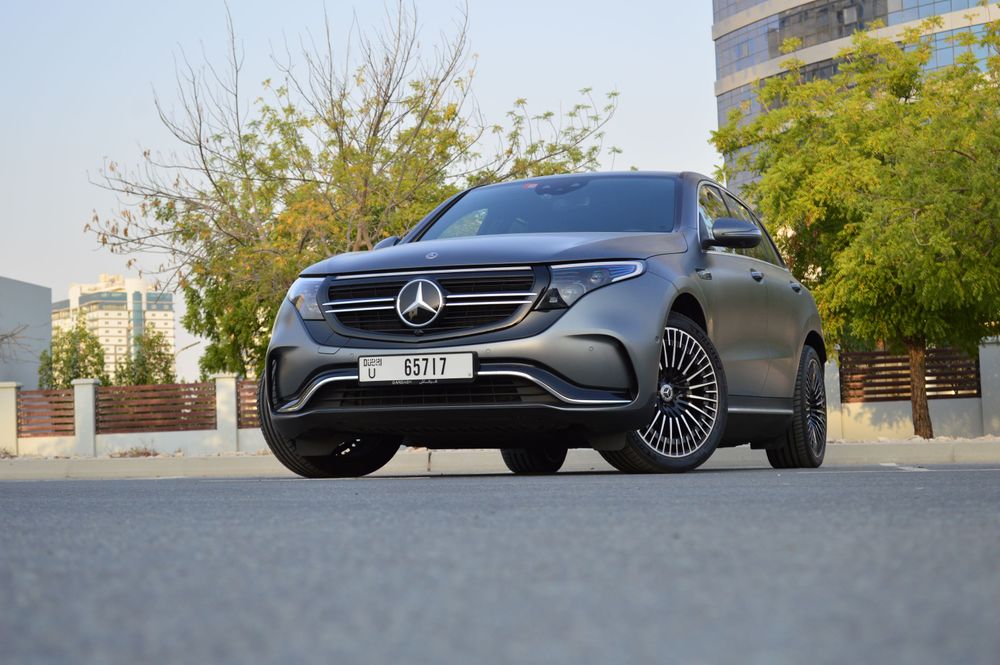 Despite being a little chubby, the EQC is a pretty good-looking car and what I like about it is that it is still instantly recognizable as a Mercedes-Benz. It doesn’t look awkward or unnecessarily futuristic and because of this, it has a drag coefficient of just 0.27, making it one of the most aerodynamic cars in its class.

From the back, the EQC looks a lot like a Porsche Cayenne (especially at night) and I think that has a lot to do with the full-length LED strip and the shape of the tail lamps. Boot space measures in at 500-liters, which is decent for a car of this size, but sadly quite a lot of that gets eaten up by the full-size spare wheel and the two charging cables. 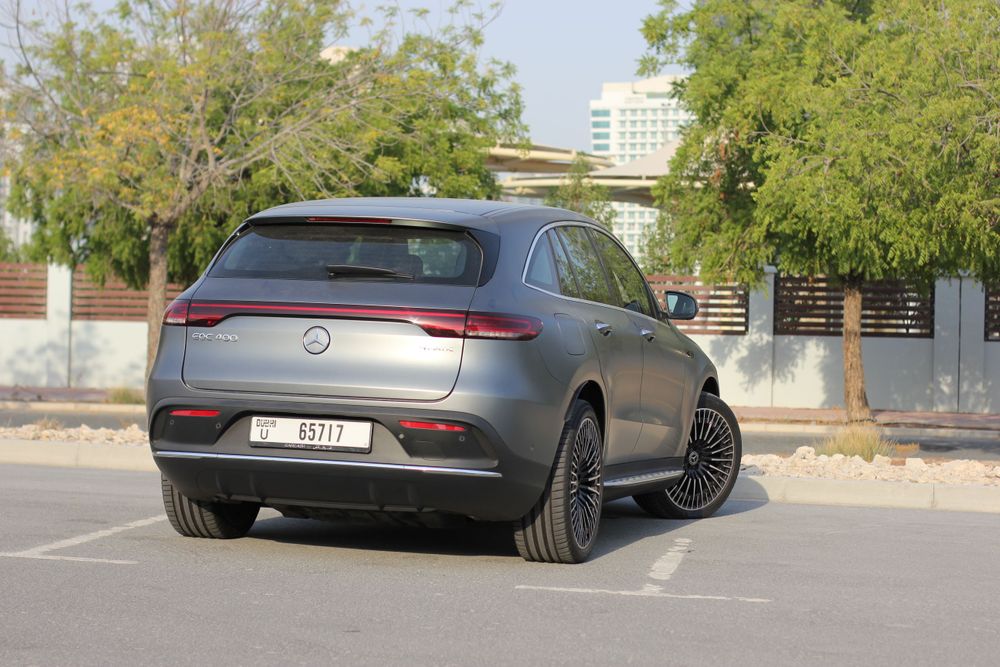 With a starting price of just 290,000 Dirhams, the Mercedes-Benz EQC is a lot more affordable than many of us would expect it to be. On the one hand, it is comfortable, luxurious, and pretty good looking too, but on the other hand, this is Mercedes-Benz we’re talking about, the company that built the motor car and so their first electric car should have been revolutionary, it should have led the way for others to follow, it should have been the best in the business, but sadly, it isn’t.