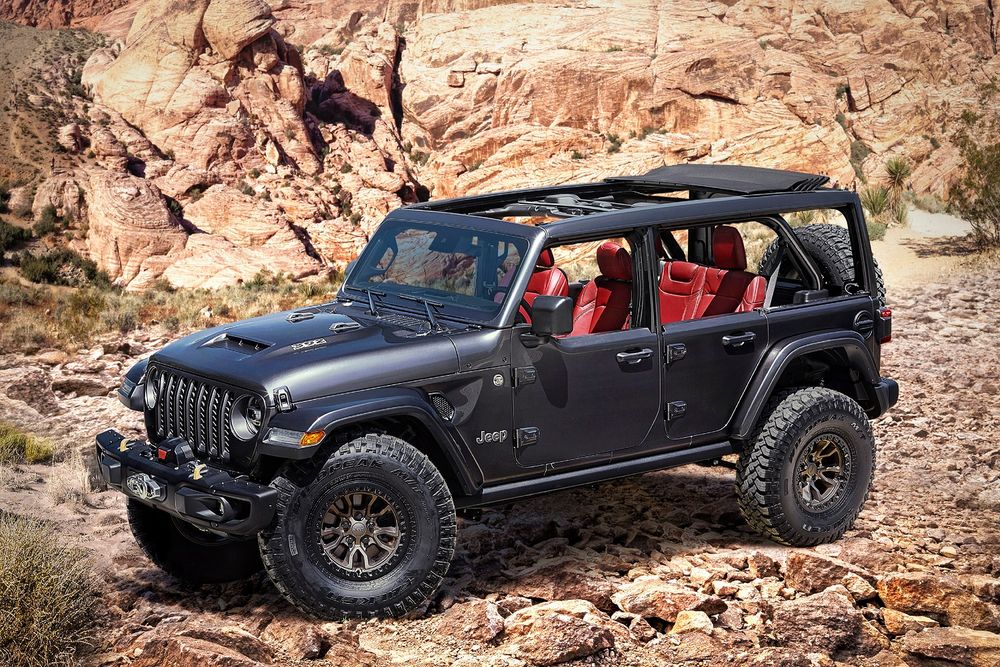 The all-new Ford Bronco is all that people seem to be talking about. Pictures and videos of the rough and tough off-roader seem to be flooding social media, but if there is one brand that is not willing to get overshadowed, that would be Jeep. Striking while the iron’s hot, Jeep is attempting to steal some thunder away from the Bronco by making a big announcement in the form of the Wrangler Rubicon 392 Concept.

Powered by a 6.4-liter (392 cubic-inch) V-8 engine that delivers 450 horsepower, 450 lb.-ft. of torque, and a 0-100 km/h time in less than 5 seconds, that is what the Wrangler Rubicon 392 Concept is all about. But it’s not just the raw power that Jeep is after, as it has held on to its off-road prowess with Dana 44 axles, a full-time two-speed transfer case, electric front and rear-axle lockers, 37-inch mud-terrain tires and a Jeep Performance Parts 2-inch lift kit from Mopar combined with suspension enhancements, and a more-robust 8-speed transmission.

“Jeep Wrangler enthusiasts have been asking us for a Wrangler V8, and our new Wrangler Rubicon 392 Concept proves that we have the ability to make that happen,” said Jim Morrison, Head of Jeep Brand – FCA North America.  “From the recently introduced 29 mpg Wrangler EcoDiesel, to our award-winning Jeep Gladiator, and the upcoming Wrangler 4xe plug-in hybrid electric vehicle, Jeep is clearly listening to its customers.  We are anxious to gauge their reaction to this new Wrangler Rubicon 392 Concept, a vehicle that delivers an incredible and unmatched level of fun-to-drive performance and capability, on- and off-road.” 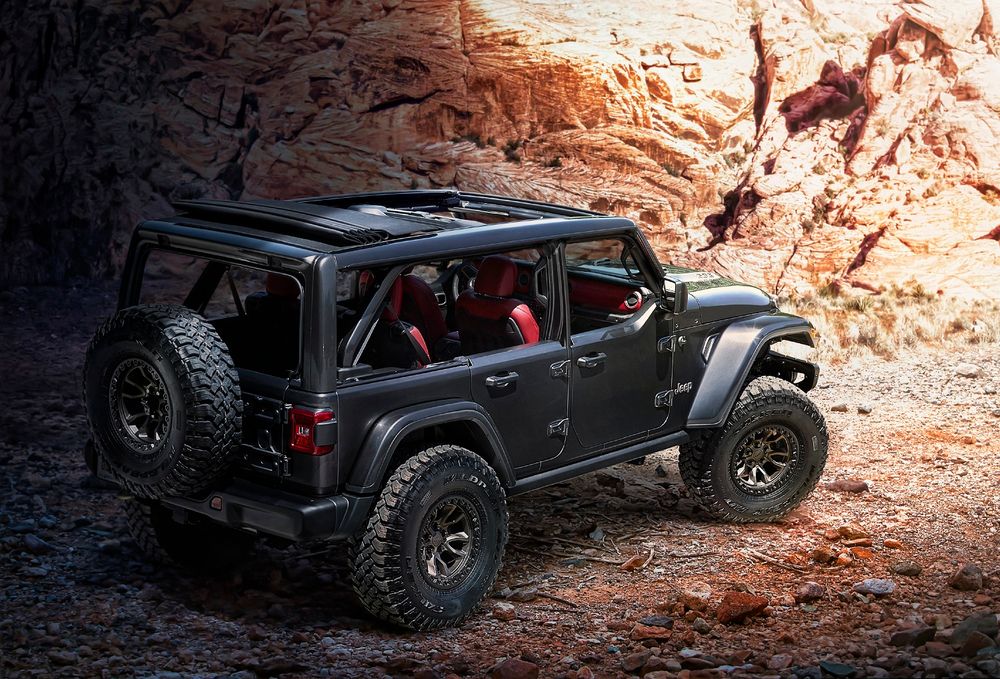 To accommodate its 6.4-liter V-8 engine and a stronger 8-speed transmission, the Jeep Wrangler Rubicon 392 Concept features upgraded engine mounts and a modified frame.  Suspension upgrades include new aluminum, monotube Fox shocks for improved damping and heat dissipation. A two-mode exhaust alters the performance sound at the touch of a button.