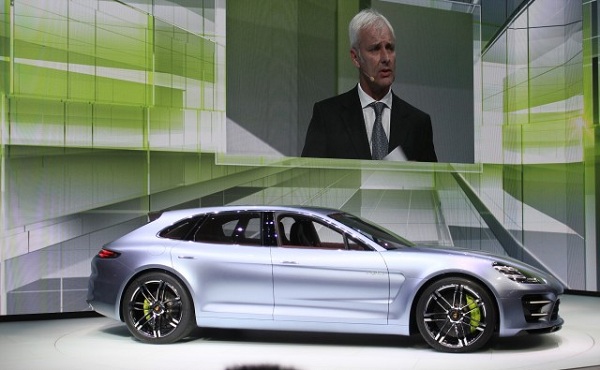 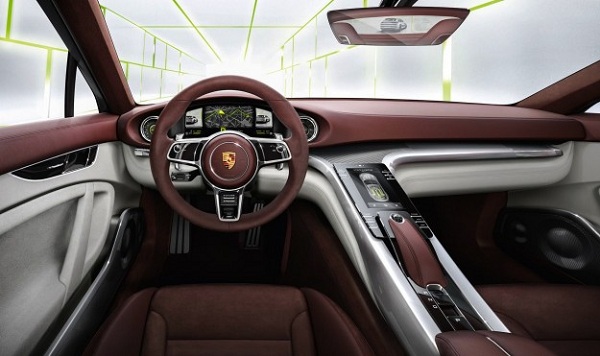 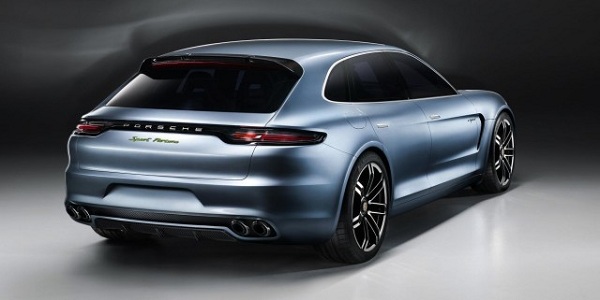 A first time plug-in version of Porsche's gasoline-electric hybrid system. Its energy for the electric motor is provided by a 9.4 kWh lithium-ion battery mounted in the floor of the trunk.

A sports car of tomorrow standing 194.9 inches long, 78.3 inches wide and 55.2 inches tall, Panamera Sport Turismo will debut in 2016.  Panamera's platform will be shared with future Bentley models as part of closer engineering ties between the two Volkswagen Group companies.

With a team of in-house designers along with details developed by Porsche design boss Michael Mauer, to name few features, this Porsche model consists of newly shaped headlamps with distinctive double-deck LED graphics, a more heavily contoured hood and greater structuring to the flanks with a reinterpreted version of brake cooling graphic incorporated behind the front wheel arches.

Added to its eye-catching exterior is a long sweeping hood dominating the side profile with anan extended roofline, a longer glasshouse and an angled tailgate that opens at bumper height. It has integrated new graphics-based instruments and touch sensitive interior control architecture.

Looking to adopt new technology on its next generation of cars. Turismo does without conventional exterior mirrors. Two cameras mounted within the side air outlets shown on display in the cabin.

So called the e-hybrid Porsche has developed a system using an upgraded version of the existing Panamera hybrid's brushless synchronous electric motor mounted within forward section of the gearbox housing, delivering 94 horsepower. Supported by a 328 bhp supercharged 3.0-litre V6 gasoline engine. The plug-in powertrain will propel the next generation Panamera from 0 to 62 mph in less than 6 seconds.