A quick rundown of the Nissan Patrol 2019 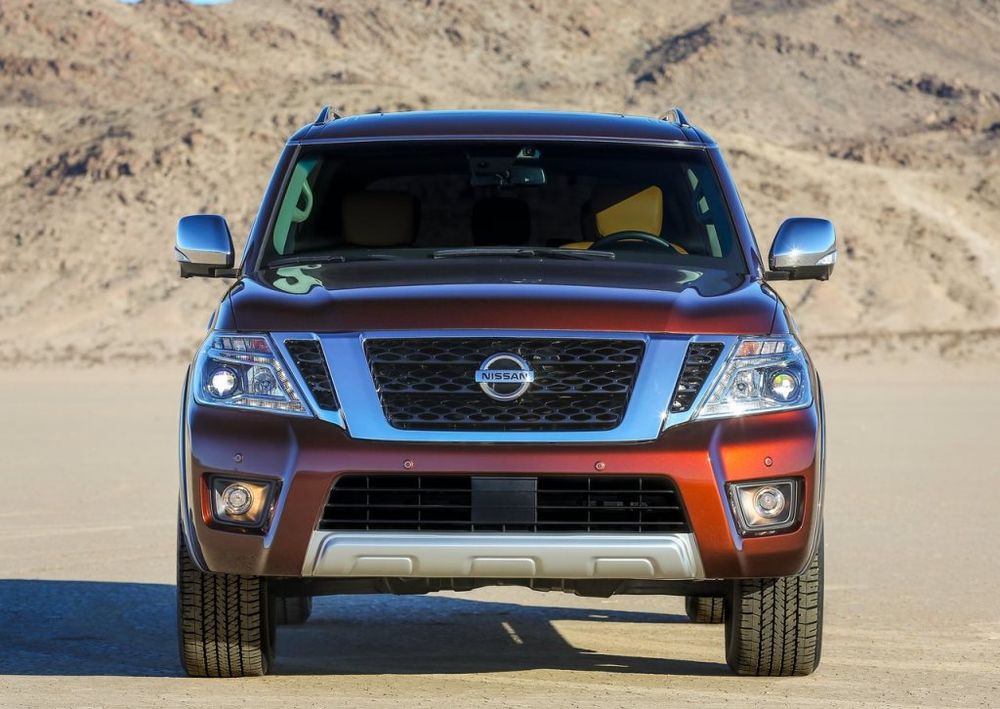 The Nissan Patrol has not just become an immensely popular SUV, but also one of the most sought after cars in the region. With a huge capacity to traverse land, and an even bigger fan following, the Nissan Patrol has become an icon of sorts. It was first introduced way back in 1951, and is currently in its sixth generation – internally known as Y62.

Popular and capable as it might be, Nissan’s big SUV is not without some worthy challengers. The first one that comes to mind is the most obvious and justified, the Toyota Land Cruiser. Others include the Chevrolet Tahoe, Jeep Grand Cherokee, and Dodge Durango.

The design of the 2019 Nissan Patrol remains vastly unaltered, since it got a facelift just a couple of years back. That said, the Y62 Patrol is tough yet handsome 4x4 and Nissan has managed to keep its overall form factor very relevant. The Patrol sports an upright stance and the face gets a lot of chrome treatment, along with a large triple-slotted Nissan grille. Accompanying these is a pair of stylish headlamps with attractive built-in LED daytime-runners.

The upright stance of the Patrol continues on to its side as well, where there aren’t many curves or contours to be found. The most notable details here are the massive 20-inch rims, chrome-plated side air vent grille, and large wing mirrors. The rear of the Patrol gets large, attractive rectangular LED taillamps, and a thick bar of chrome above the plate holder. Also found at the back is an integrated pintle hook and a rear diffuser/skid plate. 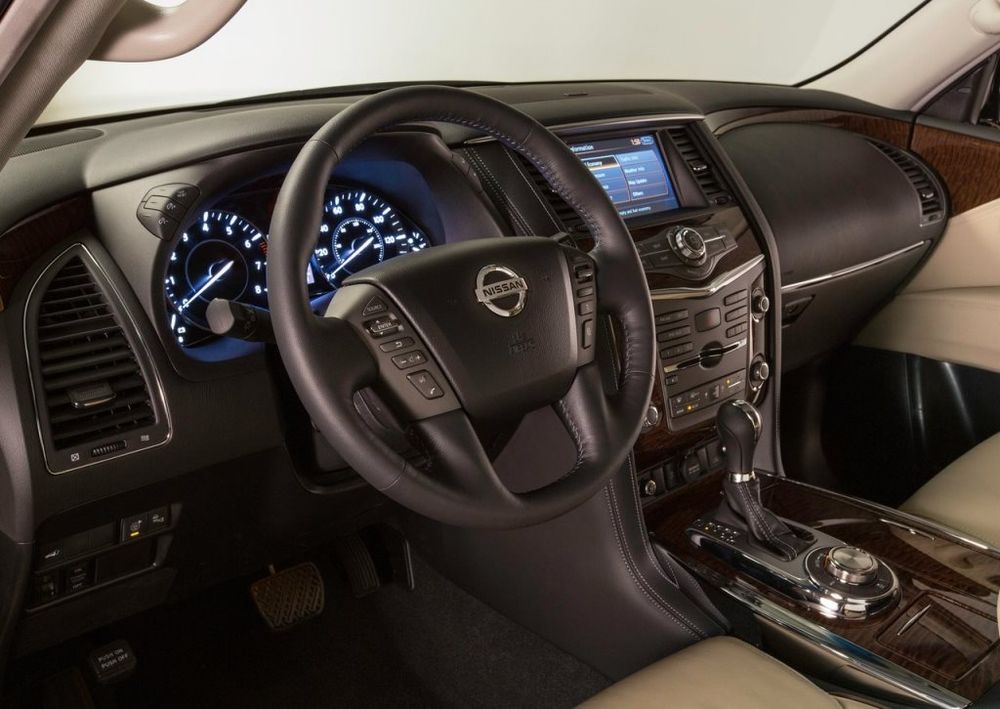 The cabin of the new Nissan Patrol houses loads of soft-touch points, soft leather, wood veneer, and large, comfortable seats. From the materials used to the build quality and overall fit & finish, this interior is rather impressive. Thanks to its long wheelbase, the Patrol can carry up to 8 passengers and still offers decent space behind the last row.

In keeping with modern times, the Patrol comes loaded to the gills with many features. These include automatic climate control, leather seats, a rather small electric sunroof, an 8-inch touchscreen infotainment system with navigation, a premium Bose sound rig with 13 speakers, 7-inch rear entertainment screens, power tailgate, keyless entry with push-button start, power front seats with ventilation and memory function, cool box, 20-inch alloys, adaptive LED headlights and then some.

Under the vast hood of the 2019 Nissan Patrol lives a 5.6-liter, naturally-aspirated V8 engine. This motor pumps out 400 HP and 560 Nm of torque, and comes mated to a 7-speed automatic gearbox that directs power to all four contact patches. The Patrol can hit 100 km/h in 6.6 seconds, and defy aerodynamics up to a limited top speed of 200 km/h. If driven gently enough, the Patrol can average 14.5L/100 km. 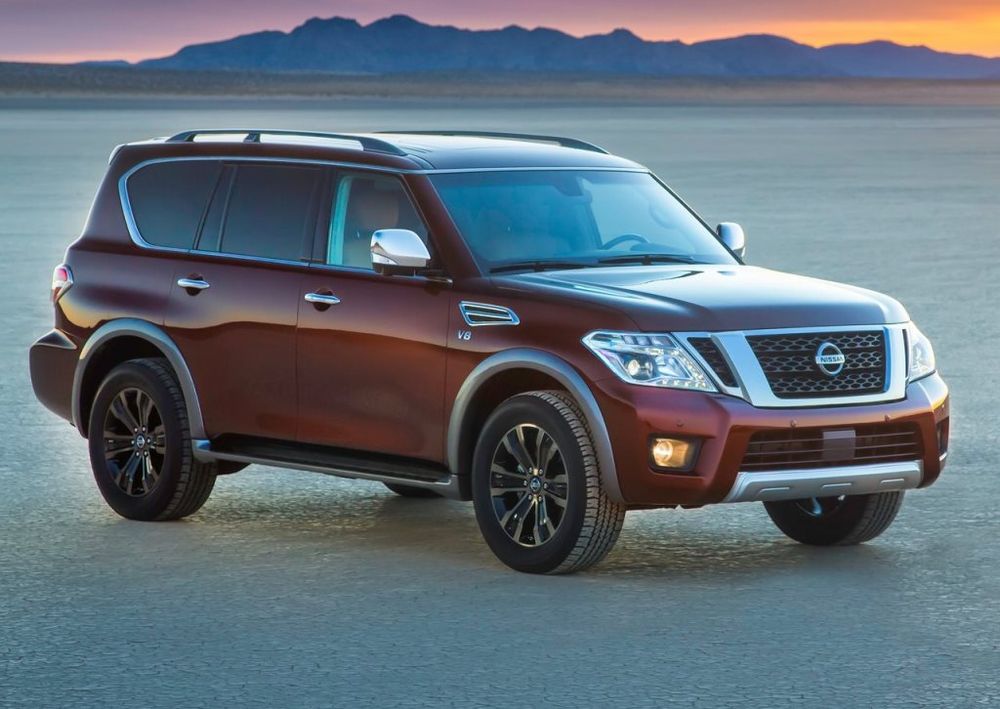