A glance at the upcoming 2020 Chevrolet Trailblazer 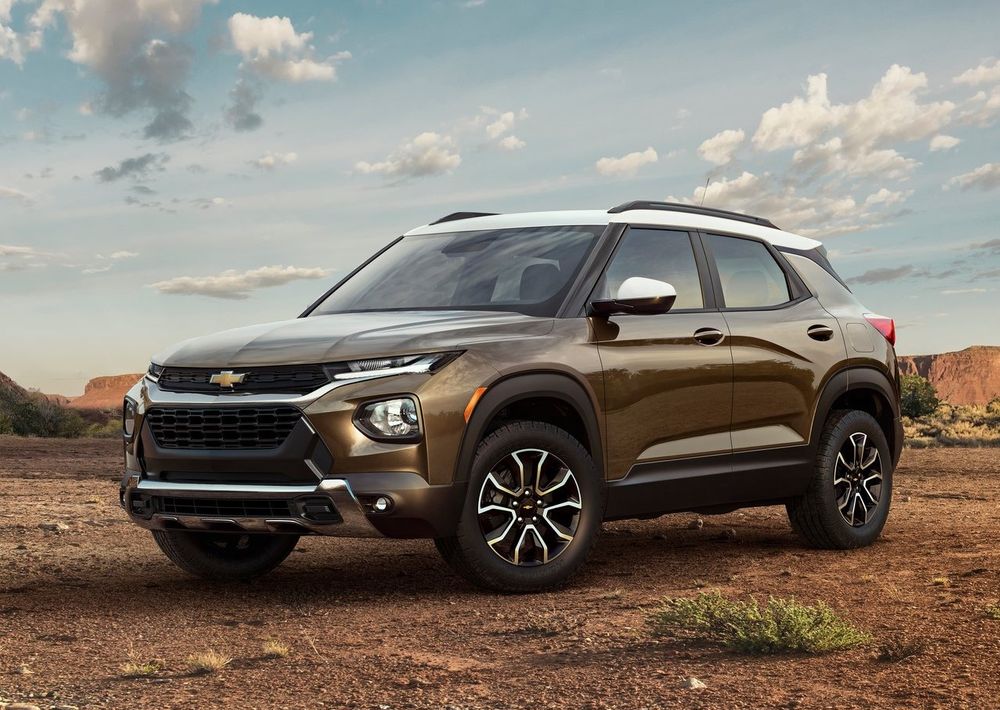 The Chevrolet Trailblazer is one of the long-standing nameplates from the American automaker, and the model has been on sale for around two decades. This mid-size SUV gained traction as the popularity and sales of sport utility vehicles started growing exponentially in the mid-2000s or so. Of course, this is still a fact even today. However, in 2012, the second generation of the Chevrolet Trailblazer was revealed.

Sharing its platform with the likes of the newer Isuzu MU-X SUV and the D-Max pick-up truck, this latest take on an aging model which was quickly losing ground to other mid-sized SUVs, gave the Chevrolet Trailblazer a much-needed boost during times when its sales were down. However, after much thought and market analysis, the auto giant has decided to shrink the upcoming Trailblazer -- it has now gone from being a mid-size SUV to a subcompact crossover.

Slotted between the smaller Trax and larger Equinox, the upcoming Chevrolet Trailblazer won’t be anywhere near the size of its predecessor - measuring 4.406 meters X 1.808 meters X 1.645 meters in length, width and height, respectively. Meanwhile, the new model gets a shorter wheelbase as well (in comparison), stretching 2.640 meters. Essentially a smaller Blazer, the all-new Chevy Trailblazer looks far more contemporary and enticing than its aging precursor.

Drawing your attention up front, are the new Trailblazer’s super-sleek LED running lights on top, followed by a split-grille design that nit only looks sporty but also quite intimidating (for its size). Then there’s the new-age (craze) of bumper-integrated headlamps, a blacked-out lower apron, and a svelte-looking hood. The boxy yet modern side silhouette of the new Trailblazer - replete with a floating roof and muscular wheel arches - suits the whole profile of this crossover quite well.

At the back, the all-new Trailblazer features suave LED tail lamps, a sporty roof-mounted spoiler, and depending on the trim, a chrome-garnished lower bumper with twin-exhaust outlets. Generally speaking, this latest Trailblazer is an urbane but well-styled crossover for city dwellers. 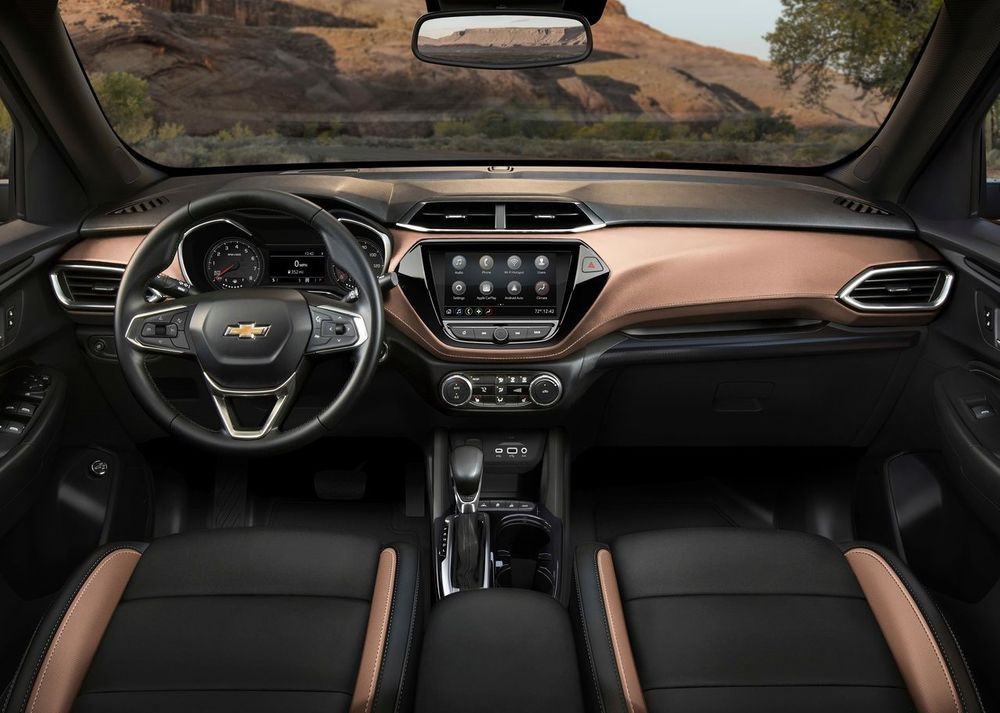 When pitted against the interior of its old-school predecessor, the modern styling and convenient placement of all the controls sure does shine through in this new-age crossover. The all-new Chevrolet Trailblazer comes with a chunkier steering wheel, better instrumentation for the driver, multi-textured and 3D-designed dashboard, a 7-inch touch-infotainment screen with Apple CarPlay & Android Auto, and a few shiny trim bits as well.

Having said all that, the all-black plastics in lower trims of this new model come don’t come across as upscale or premium. However, Chevrolet claims to have upped the ante when it comes to the build and material quality used in this new Trailblazer. And while the seats seem to be well-designed and ergonomic, rear passengers won’t have the same amount of space that was available in the previous iteration.

But this new Trailblazer has been specifically designed to be a crossover which also means that engineers have been able to optimize the use of space in this cabin. Interestingly, you can still get seven seats in this rather small crossover, just like its larger predecessor. Of course, no normal-sized adult can fit comfortably in the last row.

Another big difference between the all-new Trailblazer and the model it replaces can be found under the hood. Gone is the old but large 3.6-liter V6, instead replaced by a smaller but more efficient 1.2-liter turbocharged three-cylinder. This new unit produces 137 hp with 220 Nm of twist, and is married to a CVT for maximizing efficiency.

Also, unlike the previous avatar, this all-new Trailblazer drives the front wheels primarily, whereas the former drove the rear ones as default. And if you keep your right foot pinned to the accelerator, the all-new Chevrolet Trailblazer will top out at an indicated 180 km/h. 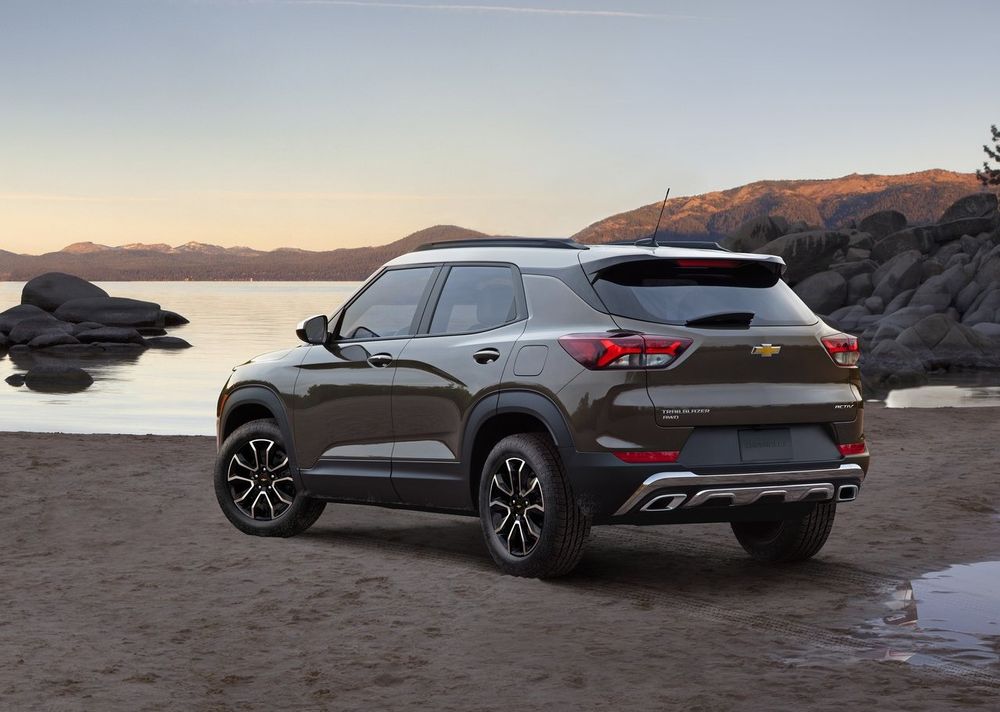 The all-new Chevrolet Trailblazer is arguably going to be a bigger success than its predecessor, as the current market is big on these crossover SUVs and there are many takers for the same. Once launched, the Trailblazer will be battling it out with other crossovers in and around a price tag of approximately between AED 75,000 and AED 100,000.