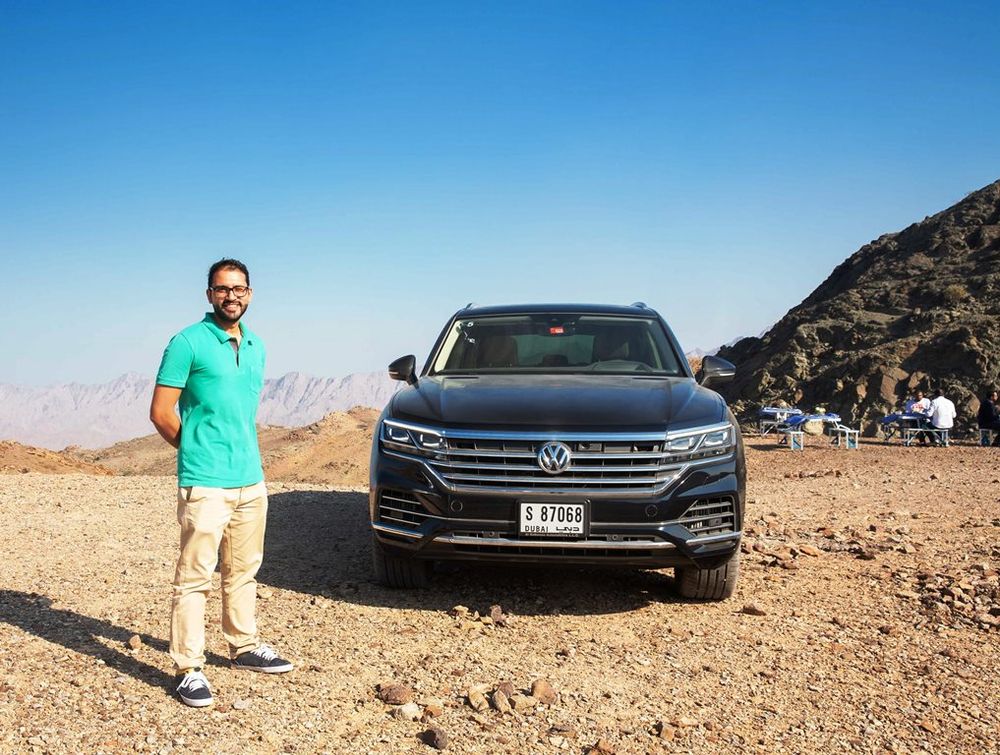 The Volkswagen Touareg has been around since 2002 and like most other SUVs, it’s been an important product for the German brand. Reeling in sales from across the globe, the Touareg has built its reputation as being a comfortable and practical family SUV - something it continues to deliver in its all-new, third-generation guise - while going up against the Japanese Infiniti QX70 and Lexus RX.

What started out as a short pre-drive briefing at the Four Seasons Hotel in DIFC, kicked off the 100-kilometer route that was planned from Dubai’s bustling city center to Nazwa, Dhaid, Adhen Village, Masafi and back, through shifting terrains of gravel and tarmac. The route not only displayed the Touareg’s mild off-road capabilities but also took us through the lesser travelled parts of town while stopping at tourist attractions such as Fujairah’s famous Friday Market for a delicious chilled coconut shake. 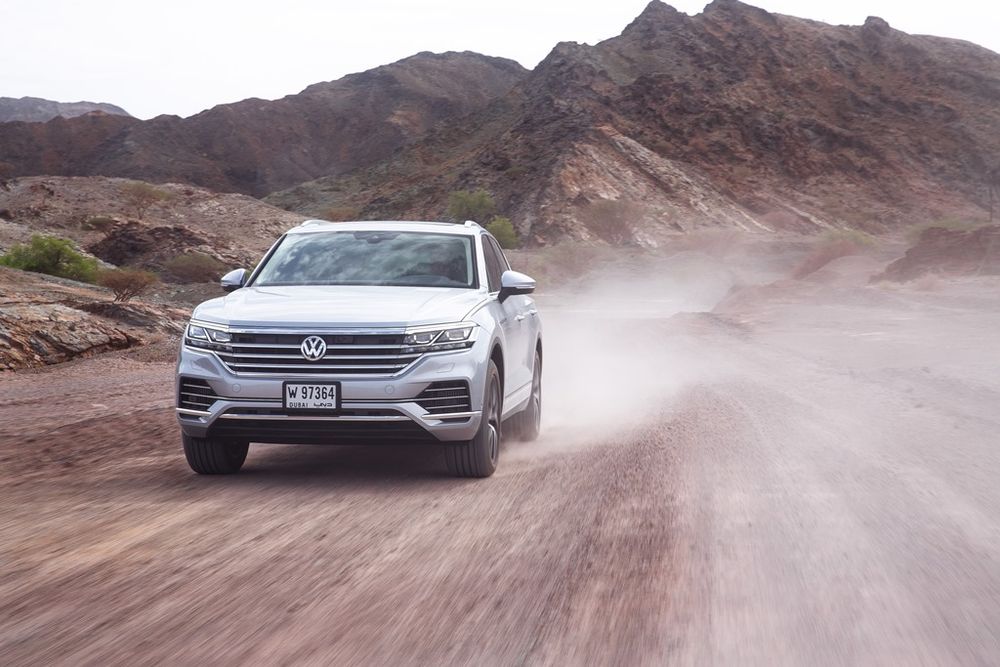 Embellishing prime parking spaces outside the hotel, the all-new Touareg stands noticeably wider and longer than the model it replaces, but the increase in dimensions haven’t affected its performance. In fact, with a combination of aluminum and high-tech steels making up a large part of its bodywork, the 2019 Touareg is 106kg lighter than previous model which greatly aids it in being agile and light on its feet.

From a design standpoint, the Touareg seems to be at the pioneering end of the spectrum, perhaps leading the brand’s new design language, as it doesn’t bear much resemblance to other offerings in the brand’s line-up. It’s sleeker than the previous model but lacks the ruggedness, giving off an extremely tame aura that could be appreciated by its middle-to-upper class target audience. 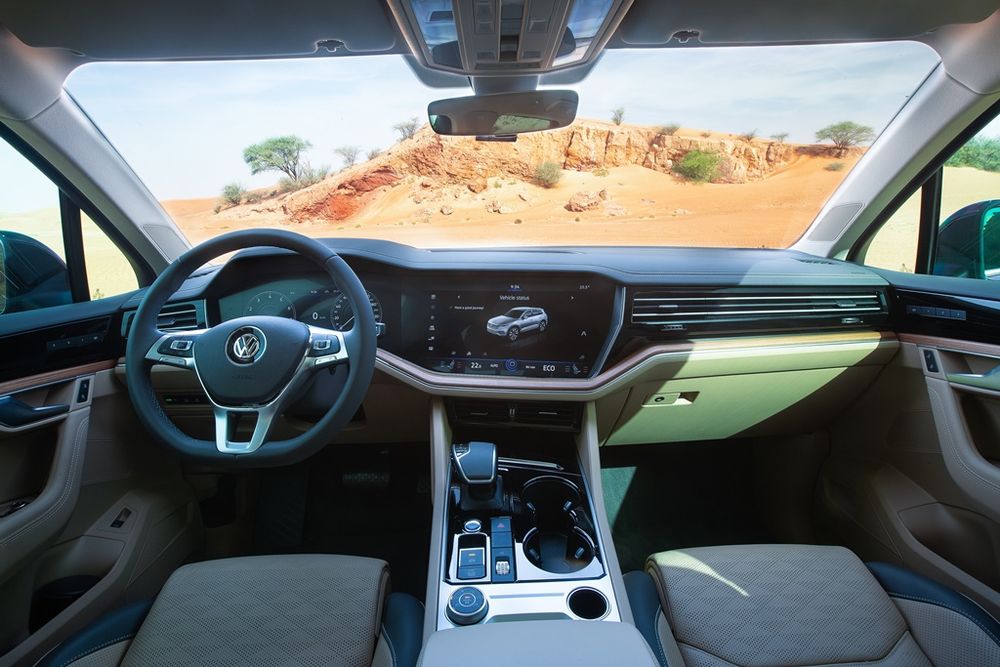 Claimed to be the most technologically advanced Volkswagen of its era, the 2019 Touareg is designed to feel it too, especially when seated inside its plush cabin. The combination of leather and wood trims make it feel premium, a sense that is heightened with the 15-inch Innovision Cockpit touchscreen taking center stage along the dashboard.

While maintaining its driver-oriented design and being large enough to accommodate the functions of several buttons and knobs, the infotainment screen isn’t the easiest to use. With numerous options hidden inside menus and deeper sub-menus, it’s tricky to find most things, but credit where it’s due, they’ve held on to the most essential physical knob: the volume control. 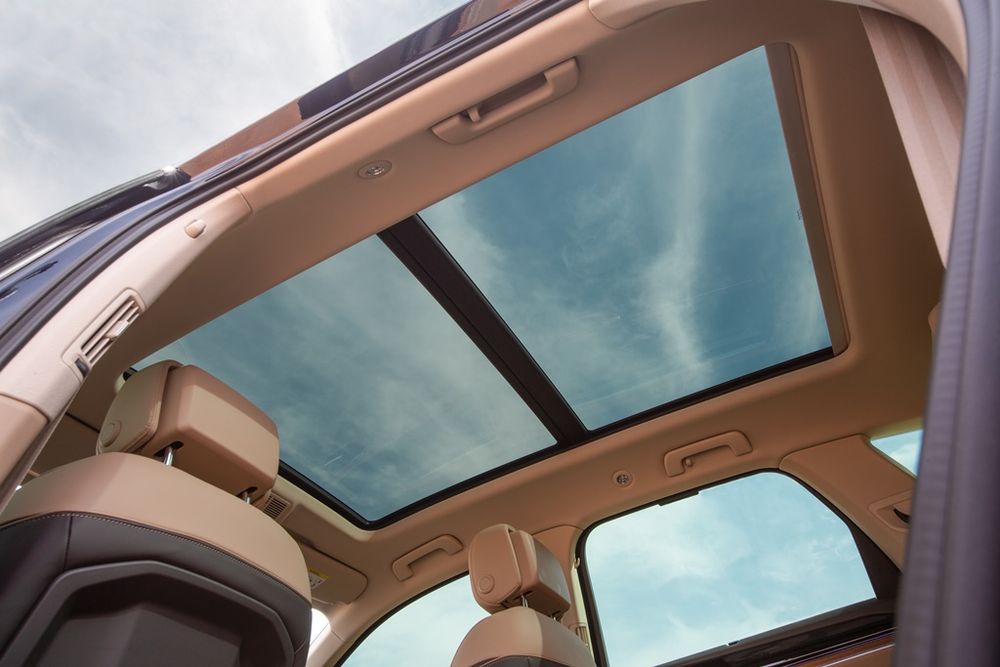 Attempting to cater to a larger segment of the market, the all-new model can be had in one of two flavors: the economical 2.0-liter or the feisty 3.0-liter. The smaller of the two pushes out 250 horsepower and 370 Nm of torque, which isn’t little by any stretch of the imagination, but does pale in comparison to the 340 horsepower and 450 Nm of torque that the 3.0-liter turbo whips out. 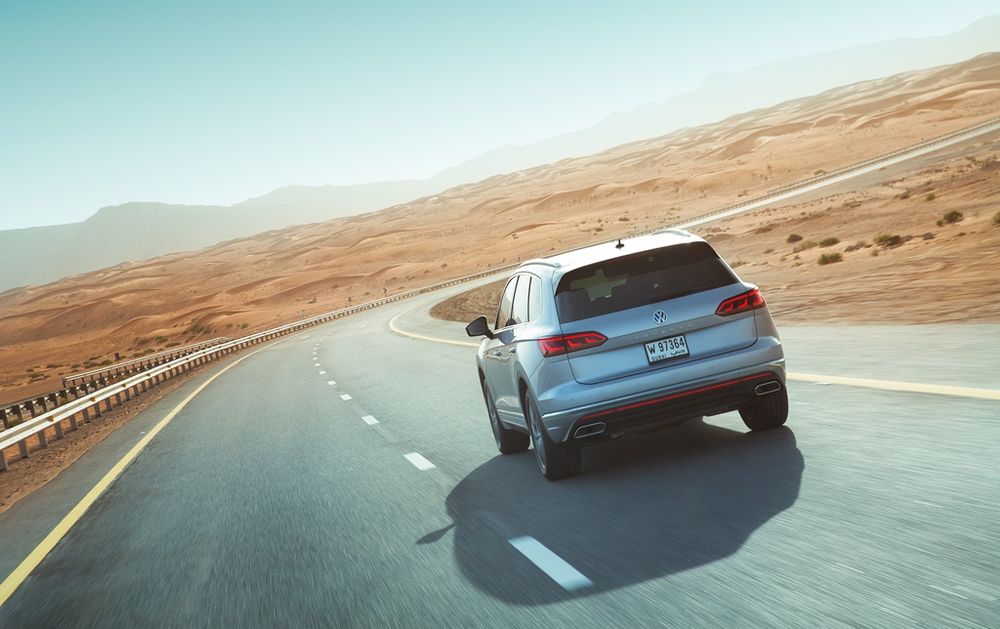 Smooth and refined (as one would expect it to be) the Touareg is equipped with the brand’s signature 4Motion all-wheel-drive system as standard but what truly helps it handle as well as it does, is the all-wheel-steering and active roll compensation. The former, a popular addition to newer vehicles, turns the rear wheels by a few degrees in the opposite direction of the front wheels at slow speeds and in the same direction at higher speeds to give the impression of a shorter wheelbase.