Volkswagen’s lucky charm when it comes to naming SUVs, is the letter “T”. It started with the Touareg, it went on with the Tiguan and its newest offering is the Teramont. Made for large families, the Teramont is the brand’s first seven-seater and goes up against full-size SUVs such as the Chevrolet Tahoe and Mazda CX-9. 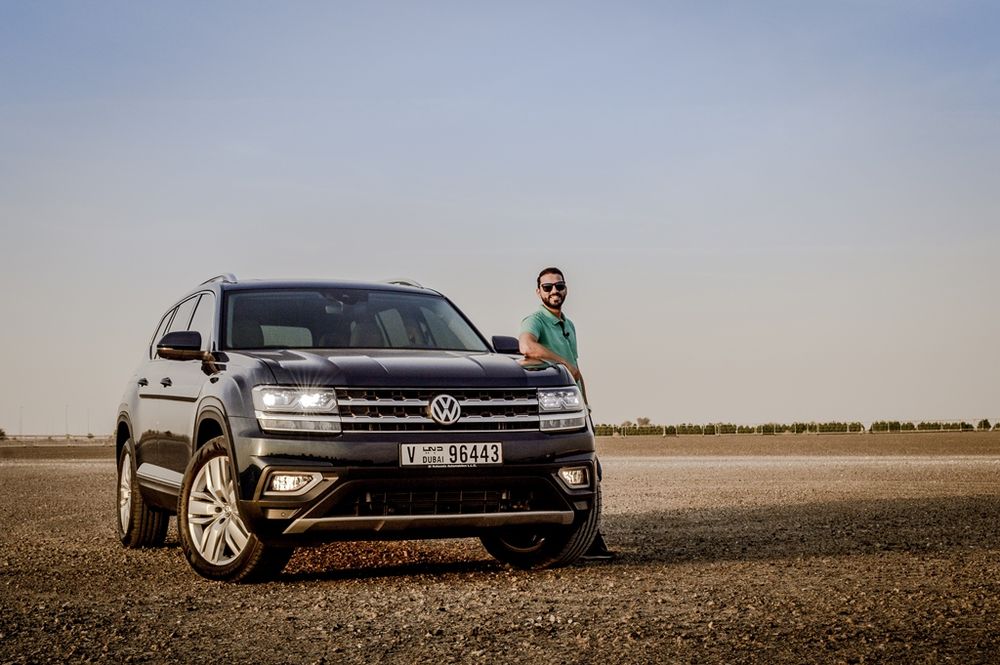 At a time when most manufacturers are opting for sleeker designs to make their larger vehicles look more appealing, Volkswagen has opted to go in the opposite direction. A “striking muscular design” in Volkswagen speak, the Teramont is big and bold with squared off edges, and it is a design that people will either love or hate, there’s simply no middle ground. 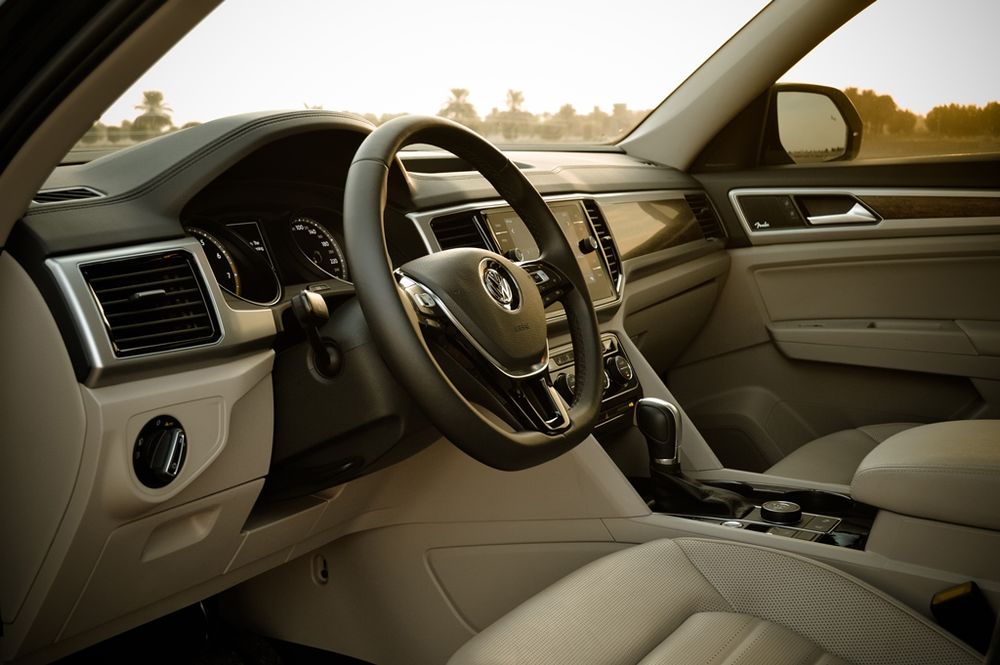 From a quality perspective, it’s good but not great. There is a lot more hard plastic than one would like to find in an SUV that is nearly 200,000 Dirhams and there is that underlying sense that it’s been put together using spare parts from a Volkswagen Passat – especially the steering wheel, instrument cluster, gear shifter, and AC controls.

Focusing on space and ease of use, the Teramont offers easy access to the third-row with a simple one-handed operation that is far easier than the complicated systems used by its rivals. It really is all about the space and that’s something Volkswagen has made very, very clear. 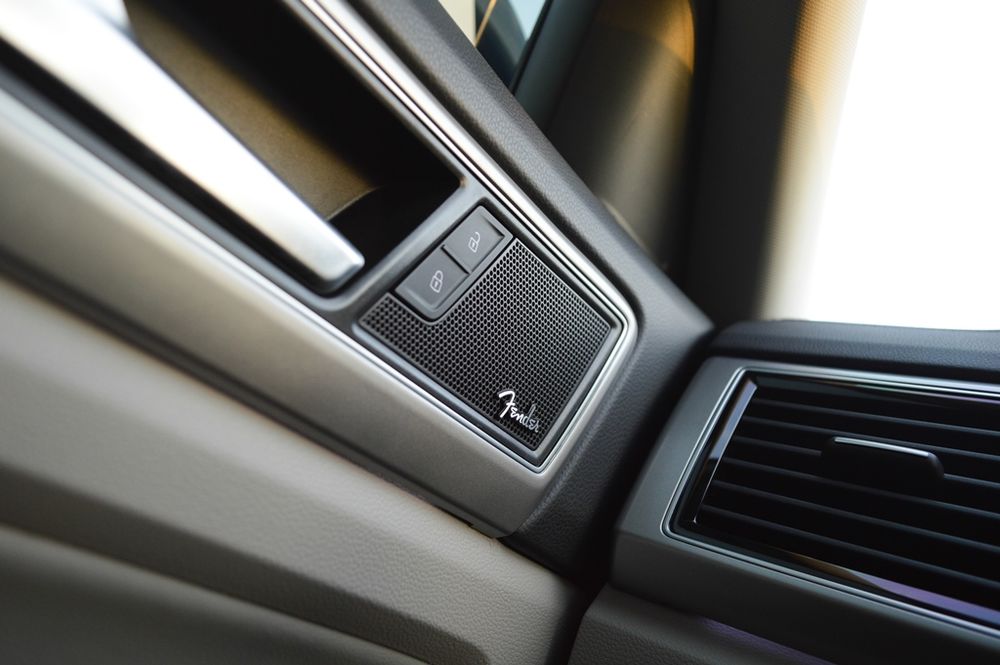 Attempting to one-up its American and Japanese rivals, the Teramont is armed with a long list of comfort, safety, and entertainment features. These include ventilated seats for the driver and front seat passenger, a three-zone climate control system, 4 USB charging ports, a 12-speaker Fender audio system, Smartphone connectivity with Apple CarPlay and Android Auto, and a lot, lot more.

On the safety side of things, the Teramont is fitted with adaptive cruise control, blind spot monitoring, automatic post collision braking to stop you from rolling and hitting another car in an accident, automated parallel parking, and Rear Cross Traffic Alert.

Available with two engine options, a 2.0-liter turbocharged unit that puts out 220 horsepower and a larger, naturally aspirated 3.6-liter V6 that puts out 280 horsepower, the good news is that options do exist for buyers to choose the one that aligns with their needs, or so it seems.

While both engines come with the brand’s 4Motion all-wheel-drive system, the 2.0-liter is only available in standard spec, meaning should you opt for that variant to reduce your spending at petrol stations, you’d also have to sacrifice on a lot of the cool tech that the Teramont has to offer. 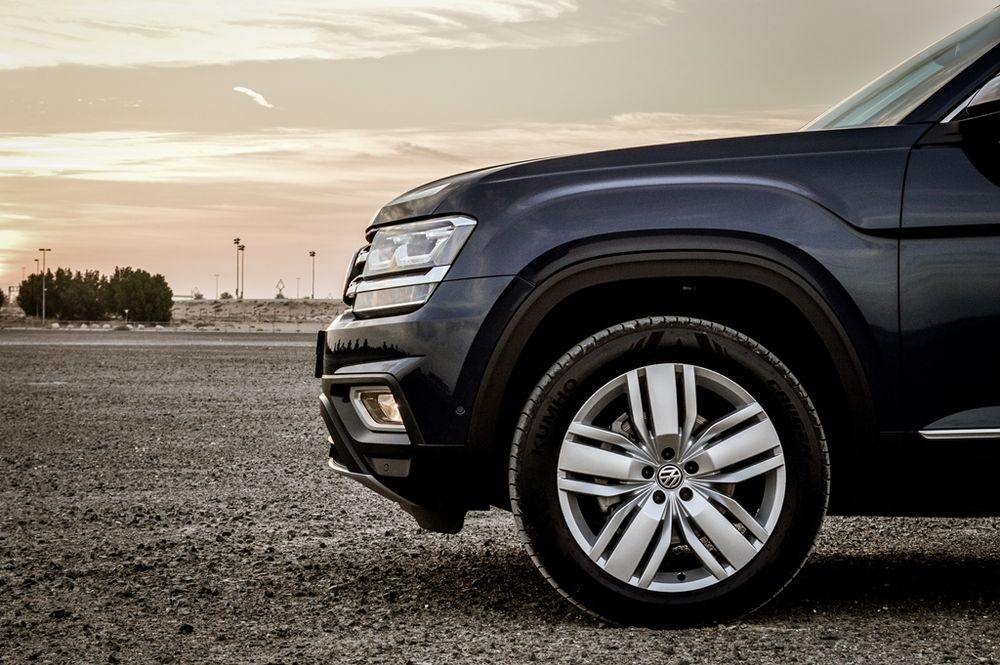 To drive, the Volkswagen Teramont is smooth and that’s down to the chunky rubber, but what’s truly surprising is just how much it feels like a body-on-frame SUV. Sharing the Group’s MQB platform with the Audi TT, Volkswagen Jetta, and Volkswagen Passat to name a few, the Teramont doesn’t feel like a sedan on stilts, instead it feels like a proper SUV.

Speaking of proper SUV characteristics, the Teramont 2019 is fitted with a rotary drive mode selector that makes changes to the throttle and transmission mappings, and also adjusts the traction control system depending on which mode is selected: On road, Snow, Off-road, or Custom Off-road. While you probably don’t want to try climbing too many dunes with it, it’s perfect for the beach and beautiful wadis that the UAE has to offer. 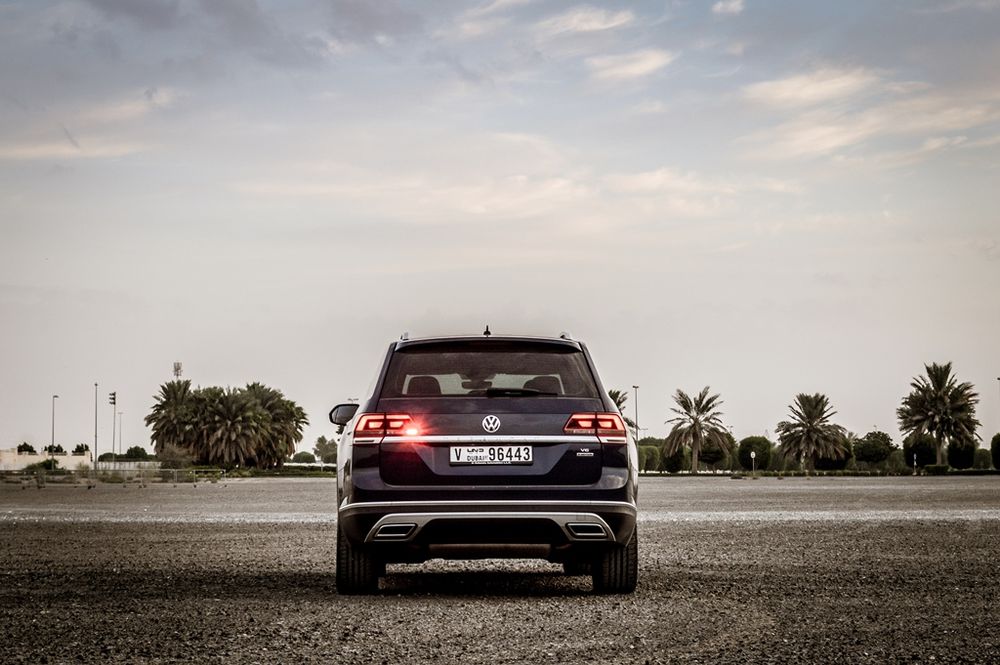 To sum up, the Teramont is more spacious and more practical than its American and Japanese rivals, but there’s definitely room for improvement when it comes to its exterior styling and use of materials. At 196,000 Dirhams, this full option model slots between the price of a fully-loaded Mazda CX-9 and Chevrolet Tahoe, and is good value for those in search of a family friendly SUV.