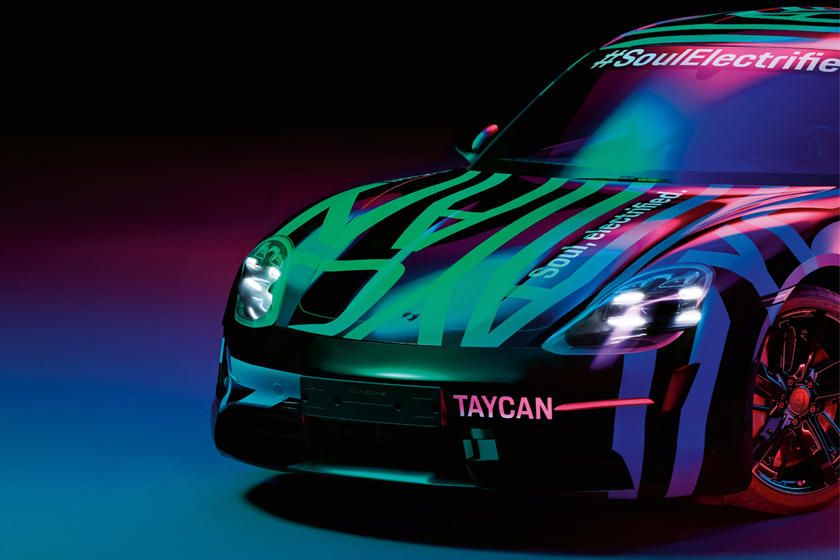 Over the past several weeks and months, we have all seen a few spy pictures of the Porsche Taycan floating around the interweb. However, there were no official images of this highly-anticipated Tesla Model S rival from the Stuttgart-based luxury automaker. That is, up until now… Well, sort of. Porsche recently released a few pictures of the Taycan online, but not without some camouflage thrown in. In the official pictures, one can see what’s unmistakably Porsche’s latest baby wearing some sort of a wrap to possibly conceal the car’s true, detailed form until it’s officially released.

From these teasers, it’s clear that the car in question is clearly the upcoming Porsche Taycan EV. This is chiefly because of the “Taycan” and “Soul, electrified” stickers that are plastered all over the thing. It was actually at the 2015 Frankfurt Motor Show where Porsche first unveiled their Mission E concept, a concept that would eventually morph into the Taycan. As far as the exterior styling of the Porsche Taycan goes, it seems that the company has ditched the Mission E concept’s futuristic ‘I, Robot’ design for a little less adventurous one. If anything, the Taycan seems to resemble an outline that’s somewhat similar to that of the new-gen Panamera. 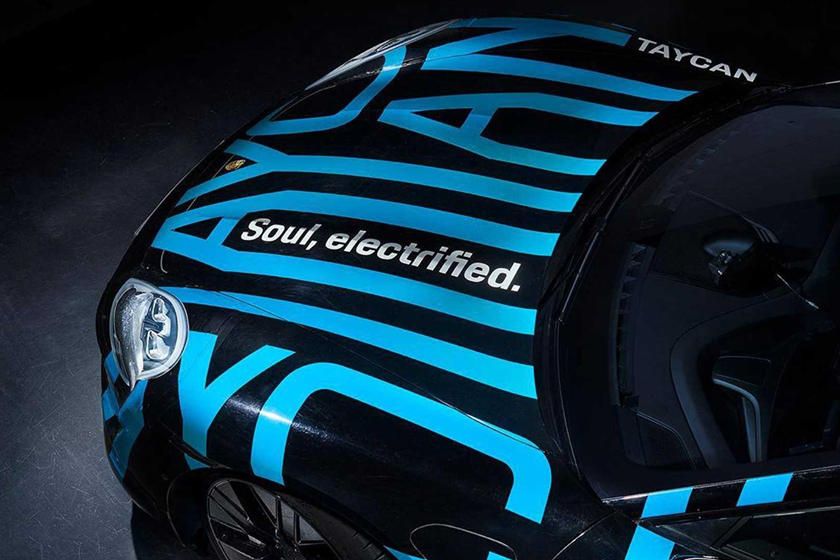 Just like with the new Panamera, the Porsche Taycan shown in the teasers carries the brand’s signature four-LED daytime-running lights at the front. Other noticeable exterior design cues come in the form of large, multi-spoke alloy wheels with performance brakes, charging port cover (front fender), large side vents (behind the front wheels), and a steeply-raked coupe-like roofline. The rear of the Taycan seems to feature another one of Porsche’s signature design traits – the all-LED, full width rear taillights with the monopiece central light bar. This light bar is also found on the flagship 911 models. The pictures also give away the inclusion of an electronically-controlled rear wing on the Taycan, quite similar to the one found on the Panamera.

No teasers have been released as yet showing the interior of the Porsche Taycan. However, we can safely assume that it’ll showcase the brand’s latest and most modern design language. Undoubtedly, it’ll feature a wide range of gizmos that one can expect from a brand like Porsche. Also, since technology has been one of Porsche’s strong suits, I think that the Taycan’s interior will be interesting, to say the least. Speaking of technology, the upcoming Taycan will be equipped with the latest in EV propulsion from Porsche. 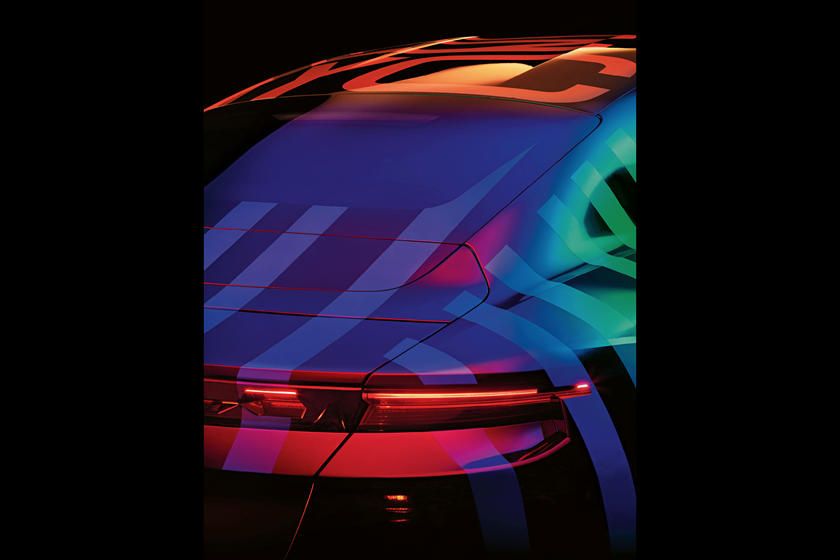 Upon launch, all versions of the Porsche Taycan will feature a state-of-the-art 800-volt powertrain architecture. This advanced setup along with the inclusion of a powerful 350 kW charging system means that the owners don’t have to wait too long charging up the Taycan. In fact, with the aptly named ‘Porsche Turbo Charging’ technology, the latter should allow the Taycan to juice up its 90 kWh battery pack up to 80% in just 15 minutes. This fast charging technology is similar in theory to that of Tesla’s superchargers. Also, depending on the version and its associated battery capacity, the Porsche Taycan should possess a maximum EV range of between 400-500 km on a full charge.

As can be expected from any Porsche, the Taycan boasts some punchy performance numbers. Expected to be deployed with powerful twin-electric motors, an all-wheel drive setup with torque vectoring and packing up to 600 horsepower, the Taycan will be fast. Its firepower and Porsche pedigree means that the Taycan is projected to hit 100 km/h in around 3.5 seconds, while top speed will likely be restricted at 250 km/h. The Porsche Taycan is expected to go on sale in September 2019.

Curtain drops on the all new Cadillac CT5 2020