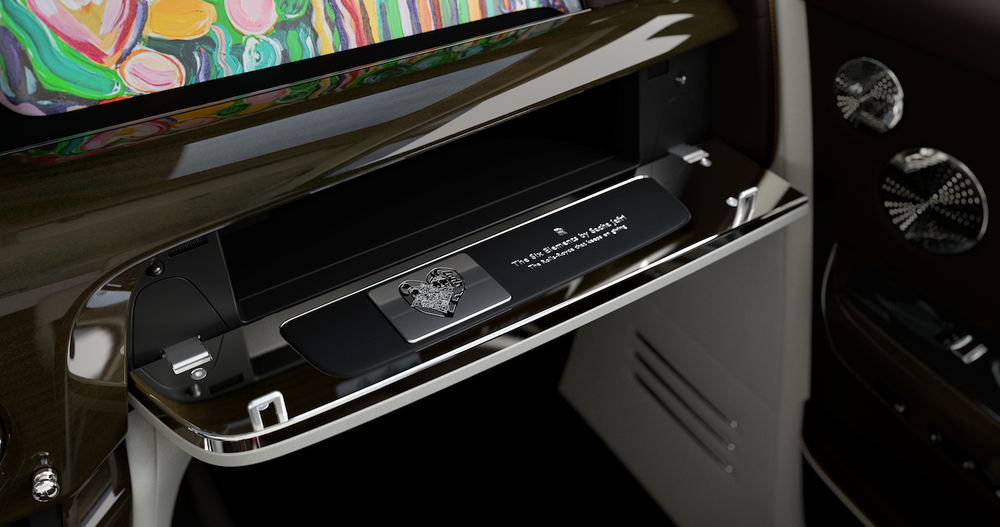 Rolls-Royce announced a very special lineup six one-off Phantoms grouped together under “The Six Elements” collection a few weeks back. All the six phantoms were commissioned by the firm’s Abu Dhabi and Dubai branches in the United Arab Emirates.

Now Rolls-Royce has sold all of the six Phantoms and raised $1 Million for charity. Not just that, “The Six Elements” Phantom collection also comes with an NFT whose royalty will be paid into a charity account if the owner decides to sell the non-fungible token. The NFT can be accessed by scanning a QR code which, of all places, is integrated into the glove compartment of the Phantom.

The six Phantoms’ glass enclosure on the passenger’s side of the dashboard  was painted by popular artist Sacha Jafri who took inspiration from the earth, water, fire, wind, air, and humanity.

“I am delighted to announce the tremendous success of ‘The Six Elements’: within just one week, all six Phantom motor cars have found exceptional homes in the Middle East. As a result of this success, we have overachieved our main objective of this project, which was to raise $1 million for charity,” said César Habib, Regional Director, Rolls-Royce Middle East & Africa.

He further added: “An idea born from a phone call, seeing this collaboration come to life and break boundaries is nothing short of inspiring.”

All the six cars, along with details of the charities they have contributed to, are set to be revealed at a private event which will be held in December.