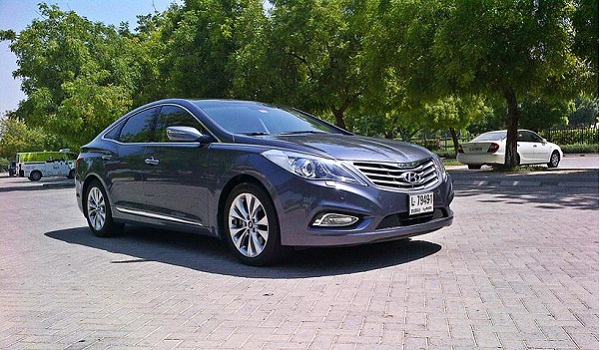 Hyundai Azera used to be the 'flagship' luxury model until Genesis and Centennial took away it's thunder. Now it sits quietly in the middle, not the most luxurious, not the most economic. It's not talked about as much as the Genesis and it's not as cheap as the Accent. Is it the 'happy medium' Hyundai customers always wanted or is it caught between the devil and the deep blue sea? We took a shot at finding this answer in our weekend ride. 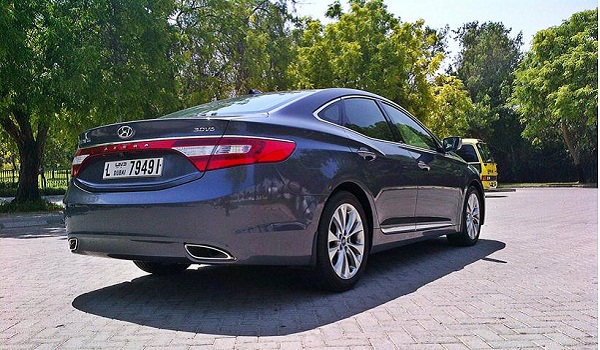 I like that booty. Dual exhaust tips, not too shabby. From the front, the lights are very well designed, bolstered by front fog lamps and headlight washers. 18 inch alloy wheels and electric folding mirror complete a favorable styling package. Quite decent shape overall compared to it's plainer looking rivals such as Toyota Aurion and Kia Cadenza. Personally I think Nissan Maxima got it just right but the Azera is not that far behind. 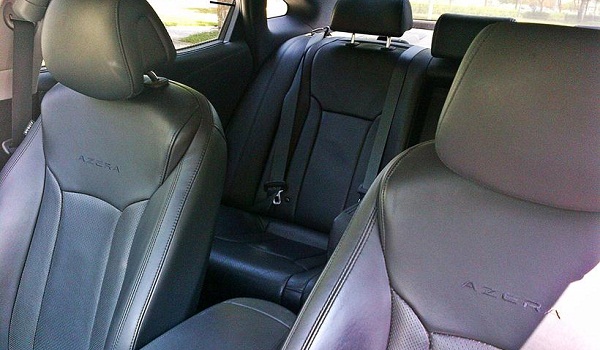 Good, for the most part. Mostly soft touch padding all round and the leather seats look good. Having said that the quality of seat material and padding could be more premium. It's nice for the most part but I've seen better finishing and feel in full trim models of this size. Case in point; the center console area has noticeable plastic and the rear view mirror feels a bit flimsy. Hyundai, please upgrade them. It's like travelling Business Class on an airline that serves plastic cutlery. Unexpected, but bearable. 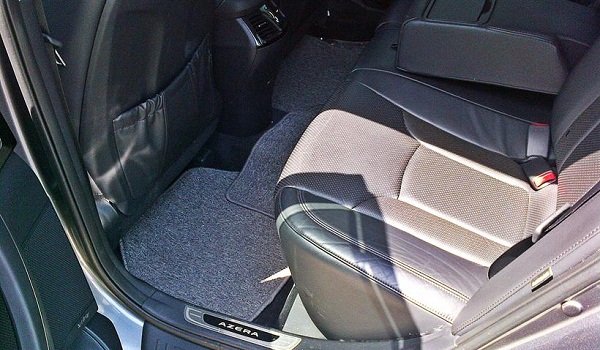 Very good. I have seen seemingly bigger cars that are actually smaller inside. The Azera manages to pull off respectable head room and leg room despite the sloping roofline shape. The legroom actually seems more than the Hyundai Genesis Sedan we recently reviewed! The boot space is a healthy 462 liters, comfortably beating Nissan Maxima but falls short of overtaking Toyota Aurion in this department. 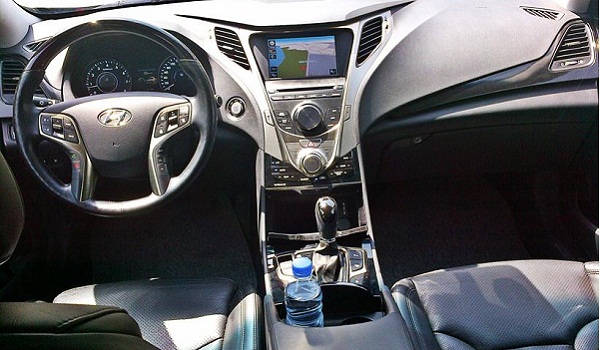 Impressive. The Azera manages to include more options than the Grand Hyatt breakfast buffet! Compared to it's aforementioned rivals, it's best in segment. There is adaptive cruise control and 9 airbags for safety. There are lights everywhere; ambient lighting, welcome lighting, good bye lighting and you're-still-here-and-we-know lighting! There is a huge panoramic moonroof which adds so much personality and fun, wish more cars could do that. It has German style electric seat controls with 3 memory options. The seats even have massage function and seat cooling! So in terms of features it not only beats rivals but also beats bigger segment models like Toyota Avalon. 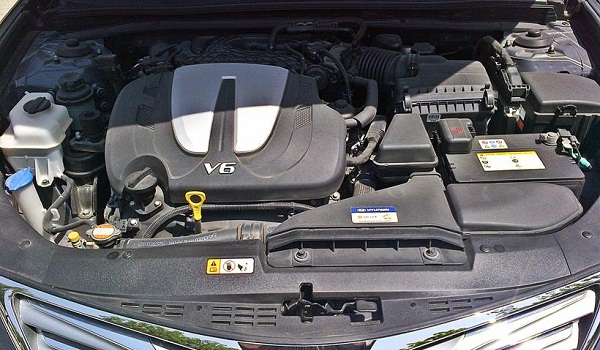 The Azera has a rare 3.0 liter engine mated to a 6 speed transmission. On paper it whips out a good 250 horsepower which is not bad, considering it's 3.5 liter engine rivals generate just a tad bit higher. The real problem is the torque which, at 282 Nm pales in comparison with it's rivals.  This was also evident in our acceleration test.

Our 0 - 100 km acceleration tests came up with 10.4 seconds which is not bad for a luxury cruiser. It's definitely not best in class but it will suffice for the most part. The acceleration itself is not bad, it's the frustrating throttle lag. So I press my foot down HARD...and the Azera takes a good 2 seconds to understand the urgency of the situation, and then takes off like a good butler. It's almost like Azera saying "OK ... I'll accelerate, if you insist!" If this throttle lag is fixed, it might almost become like the new Genesis which has much improved acceleration. 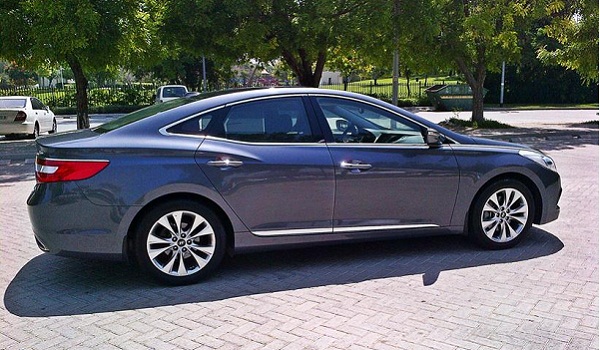 The Azera is over 500 kilos lighter compared to Nissan Maxima and Toyota Aurion which improves it's underlying clumsiness in terms of handling. Anything close to 80 km / h speed and the Azera will be fun to handle. Anything beyond 80 km / h and it will scream understeer. To be fair to Azera, it's target audience are more luxury oriented so sporty handling is not exactly expected from an Azera anyway. Apparently it's only inquisitive, weird journalists like us who like to take sharp turns over 80 km / h and pay the price for it! Biggest redeeming factor: good brakes. The 100 - 0 km braking was in 3 seconds which is very cool.

Priced at 93,900 AED ($25,585 USD) the Azera is cheaper than the Maxima, the Aurion and even the full spec Camry, all the while having features comparable to an Avalon! So yes, in terms of features we have value for money. The resale value and reliability is still a question mark. The aftersales service is not as reputed as Nissan. It merits a serious look if you're looking to have some fun for two years, after which you plan to sell the car.