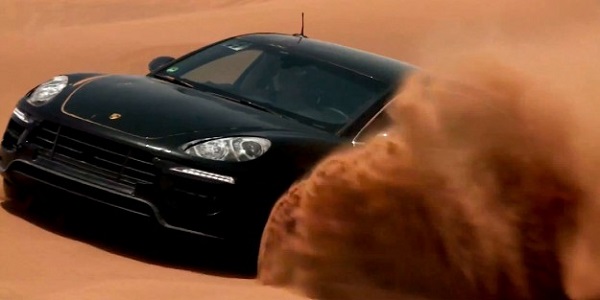 Porsche has released teasers for its new cross-over called Macan which basically is the rival for BMW X5, Audi Q5, Range Rover Evoque etc. It is the little brother of Cayenne and is less powerful. It will be officially unveiled at the LA motor show next month.

It is a five-door, five-seater AWD designed to be a sports car with Porsche DNA while having space for comfort. Engine specs are rumored to have turbocharged 3.0 L and 3.6 L V6 engines.

It is expected to launch globally by early next year and will go on sale in mid-2014.

You can check out the teaser below.