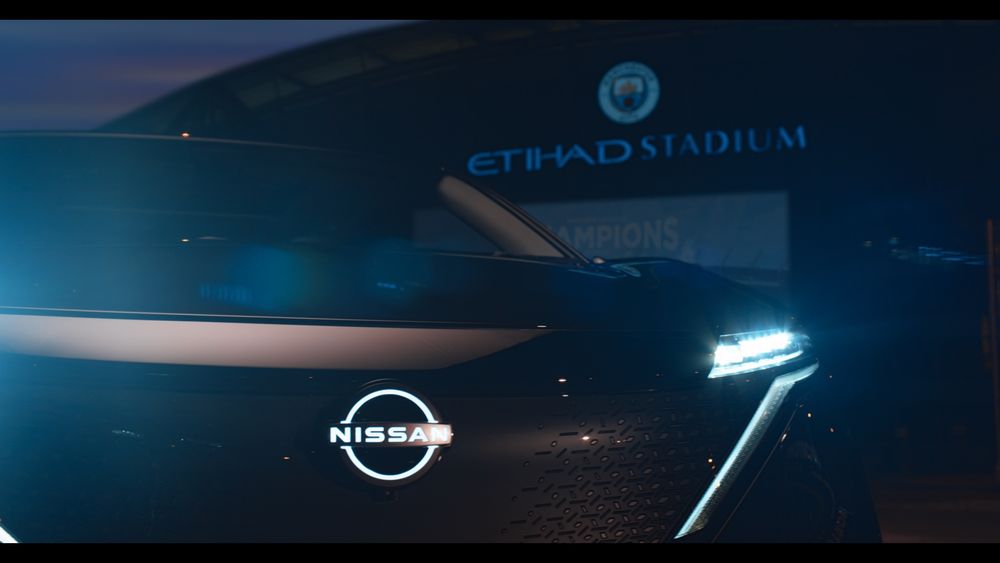 Manchester, the city known for its compassion for soccer witnessed brouhaha on the streets not because of this special sport, but thanks to the Formula E racer Sebastien Buemi who did a stupefying driving stunt to showcase how thrilling it is behind the wheel of an ‘electrifying’ electric Formula E car. 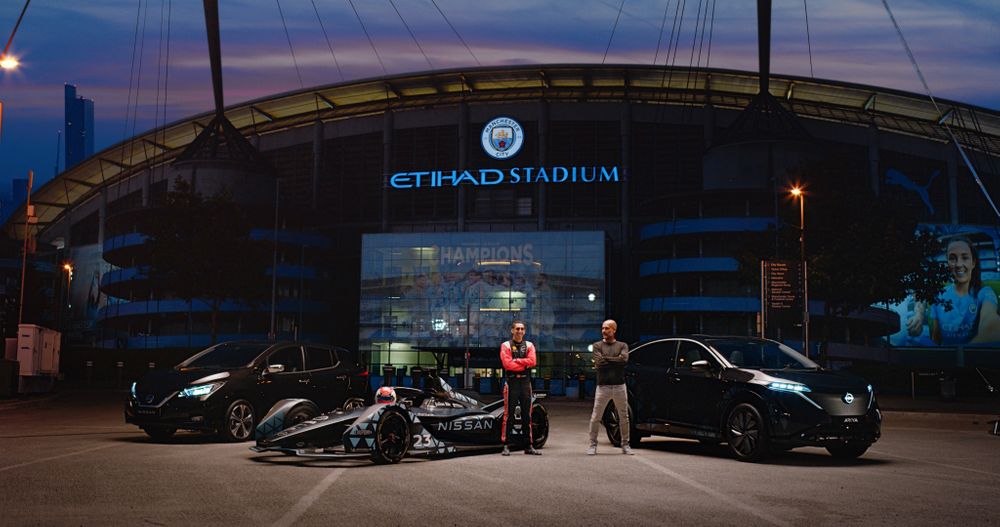 This event took place in lines of a film, Electrify the City where Buemi is seen playing such shenanigans on the road to thrill the audience and leave them in awe at the same time. He is seen conversing with Manchester City football club manager and Nissan Global Ambassador Pep Guardiola behind the wheel of the most cutting-edge contraption Nissan has made with an inkling of how the cars in the next 10 years could look like. That is the Ariya, an electric crossover-SUV. It is this car which happens to be the hackney carriage for them as they drive through Manchester City’s Etihad Stadium. 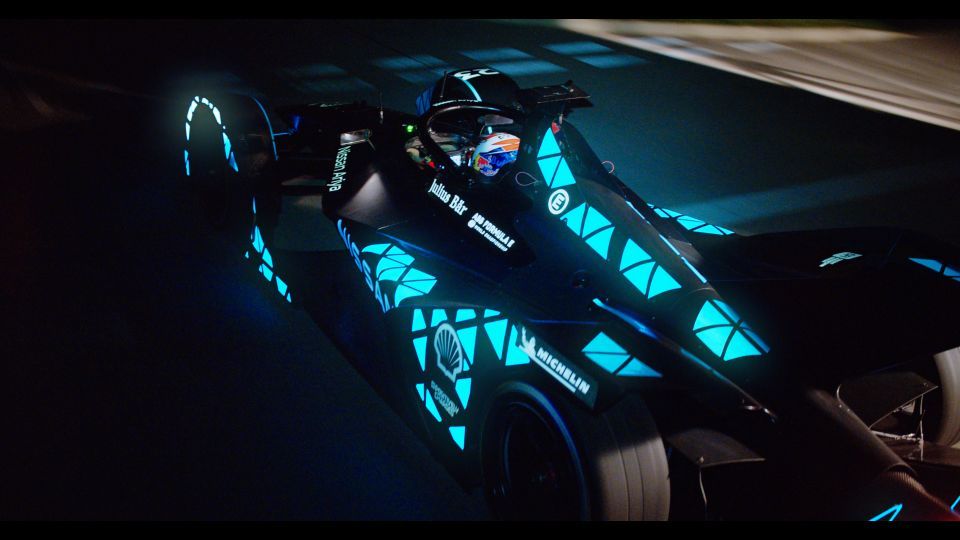 The most spectacular bit of this event is a unique electroluminescent paint which radiates surreal resplendence and dancing sequences through sensors in his gloves which leaves everyone befuddled and filled with zest at the same time. After all, it’s not every day or night that we come across such a unique phenomenon. 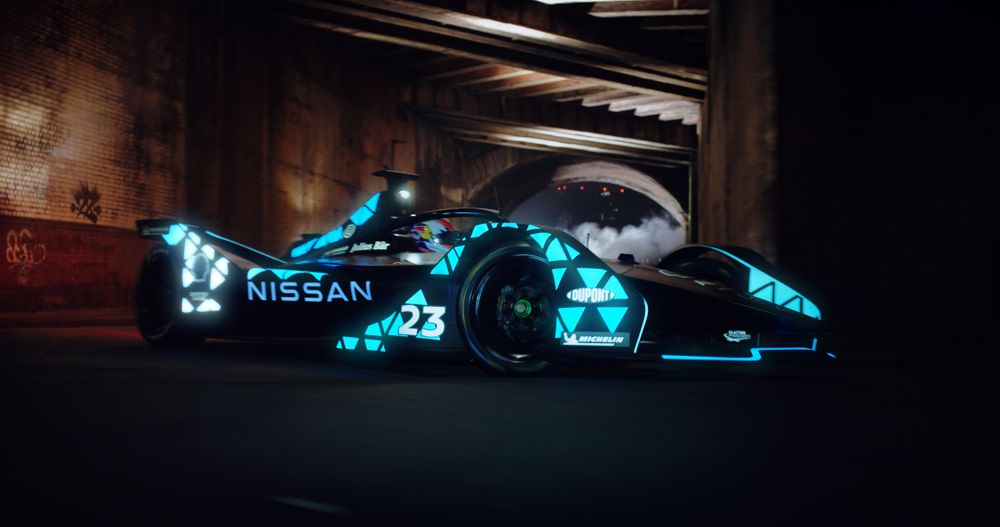 “The electricity that creates excitement in our bodies is the same energy that powers Nissan electric vehicles,” said Tommaso Volpe, Nissan global motorsports director. “The rush drivers feel from the instant acceleration torque of EVs is a powerful sensation, but also a very personal one. With this stunt we wanted to visually display in a new and exciting way those electrifying emotions. As part of our Feel Electric story-telling campaign we want drivers to discover for themselves the thrill of driving Nissan EVs. You can see in the film that Seb our Formula E driver very much enjoyed his dynamic drive around Manchester.”

“It was a lot of fun to be part of the Electrify the City stunt with my Formula E race car,” said Sebastien Buemi, Nissan Formula E driver. “When I race for Nissan around the world in the ABB FIA Formula E World Championship, I am of course experiencing very powerful emotions. However, away from the heat of the racing battle on the shoot I could focus more on how I was feeling as I drove on the city streets. To see my emotions and excitement light up the car was very cool.”

While this event offered fun in spates, another event which will require one to be confident and focussed is Brain to Performance. Jointly conducted by Sebastien Buemi and Maximilian Guenther, this event has been thought of to develop personalised training to assimilate brain functions and anatomy related to driving a car and racing. Its central aim is to make the racing drivers partaking from Nissan even faster and those which can understand and reckon any emergency scenario to dodge it with their aptitude and cognitive ability. This could turn out to be a major break-through moment for the brand as it provides such opportunities to experienced and even fledgling aspirants who aim to make a successful career in the humongous world of motorsport. Participation of two of the world’s finest racing drivers is likely to be the feather on the cap for such people who might eventually make Nissan’s team, the strongest one.