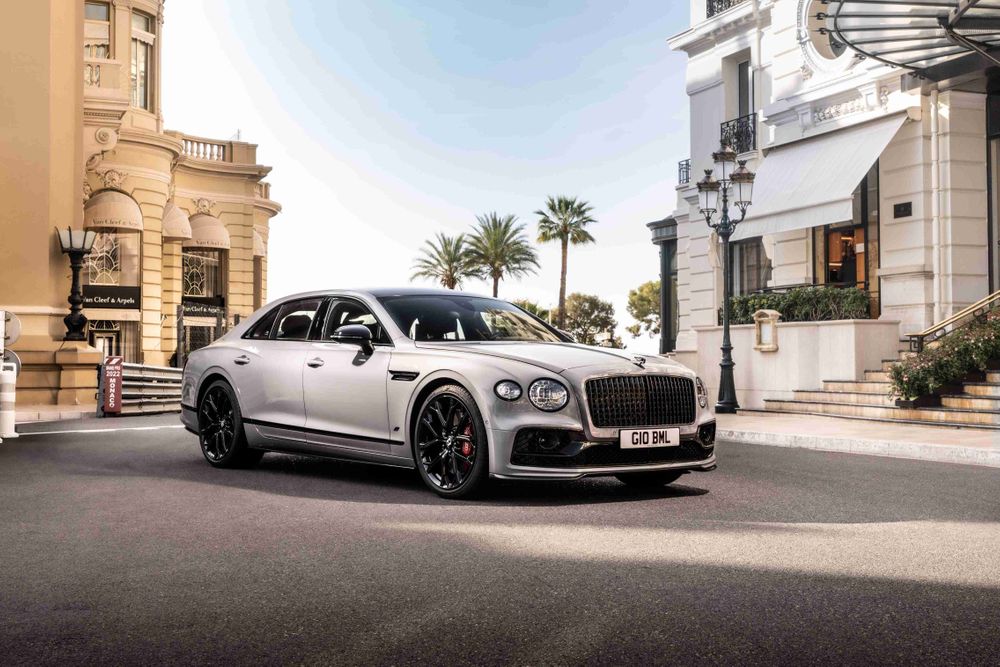 The first generation of the Bentley Flying Spur came about in 2005, and it was unveiled at the Geneva Motor Show the same year. Built on the Volkswagen Group’s then advanced D1 platform, the Flying Spur shared its underpinning with the Continental GT and even the Audi A8. During this time, the four-door luxury sedan looked much like an extended Continental GT. Basically, it wasn’t the best-looking luxury car in the market. The improved second-generation model arrived in 2013 with a new V8 engine (apart from the usual W12) and better exterior and interior design. Finally, in 2019, the outgoing third-gen avatar of the Bentley Flying Spur was launched. 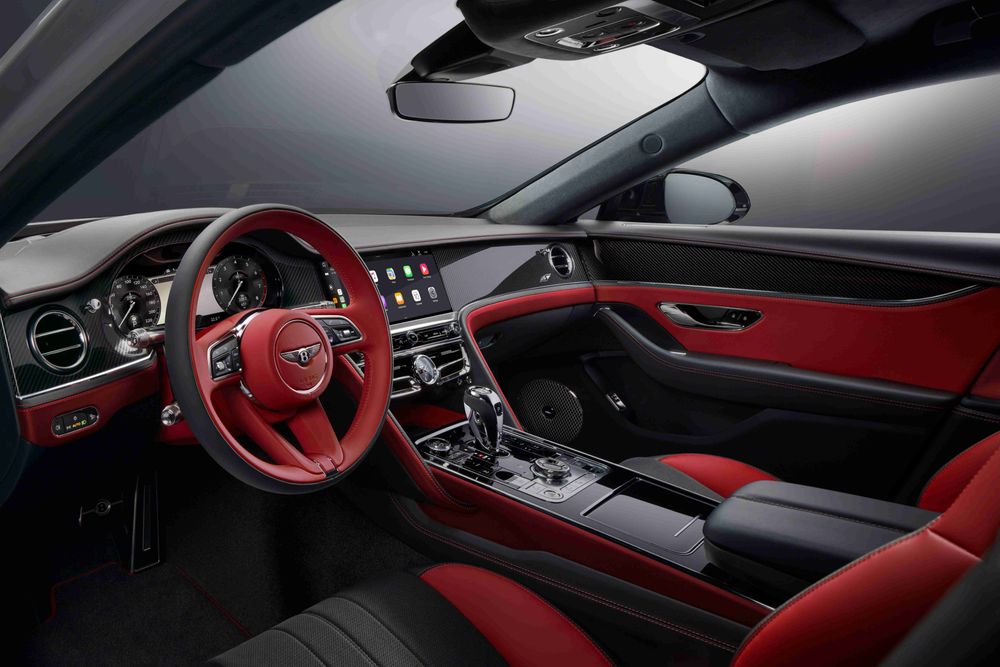 An exterior that spells out sportiness

Meanwhile, the rear of the new Flying Spur S boasts four oval tailpipes that are finished in gloss black, an air diffuser that’s finished in black, and a petite boot-lip spoiler trim that’s also – guess what – finished in black. Even the windowline gets its own black treatment, whilst the svelte wing mirrors come in their own black housing for that extra sporty appeal. Generally speaking, the exterior of the new Bentley Flying Spur exudes a sense of strength and sportiness without much hassle. If you like your luxury sedan mean and butch, then this does the job very well indeed.

The cabin is a place of craftsmanship and quality

There are no two ways about this. The interior of the new Bentley Flying Spur S looks and feels expensive and luxurious. Since this is the sporty S model, the cabin will greet you with opulence plus a sporty dual-tone layout. Furthermore, you can choose to trim this space with materials such as high-grade & handcrafted leather, real aluminum, fancy carbon fiber trim, and soft-napped suede on several of the surfaces. Moreover, the quilted leather sports seats are fluted, while the headrests prominently showcase ‘S’ embroidery. Even the expensive metal sill plates feature the ‘S’ logo with pride, with yet another ‘S’ present on the front fascia, next to the side air vents. However you look at this, quality craftsmanship is evident.

While the general layout of the instrument display is unchanged from the standard Flying Spur, the S gets motorsport-inspired chronometer instrumentation that’s also found in the super-fast Continental GT Speed. As with other Bentleys, the new Flying Spur S will allow customers to pick and choose whatever colors, trim, or options they’d like to see in their example – including eight colourways, exciting alternatives to the standard Grand Black Veneer, and wood types such as open-pore, high-gloss, and even technical materials. Those with deeper pockets can go with the Mulliner’s Personal Commissioning Guide, which will offer much more customizable options. And while the rear bench is perfect for two adults, you could carry a third in the middle (but it won’t be a luxurious affair).

Let’s be honest here. If you want all of life’s luxuries and equipment, you’ll end up spending a bucket-load of money ticking all the right boxes at the showroom. Having said that, the new Flying Spur S can be had with features such as Electronic All-wheel Steering, Bentley Dynamic Ride, a 48-volt electronic anti-roll system, Sports Exhaust, a head-up display, adaptive cruise control and Lane Assist, a hands-free boot, night vision camera, a 360-degree top view camera, wireless phone charging, Wi-Fi hotspot, a high-definition touchscreen infotainment head unit that supports wireless Apple CarPlay and the My Bentley smartphone app, plus a fabulous Naim surround-sound premium audio system to name a few.

This Bentley will ‘fly’ and be efficient if you pick right

In a first for a sporty Bentley, the new Flying Spur S will now be available (in select markets) with a hybrid powertrain. This sees a 2.9-liter V6 IC engine being paired with an electric motor, which helps produce a total of 536hp and 750Nm of torque. With a pure electric range of 41 km, the Flying Spur S Hybrid emits only 75g of Co2 per kilometer – making this the most efficient Bentley model thus far. In terms of its performance, the Hybrid will hit 100 km/h in 4.3 seconds (just two-tenths of a second behind the V8 model). If you want to drive it in full EV mode, your top speed will be limited to 140 km/h.

On the other hand, if you truly want to ‘fly’, then then the 4.0-liter twin-turbo V8 in the IC model is it. With 542 horsepower and 770Nm of maximum torque to play with, 100 km/h now comes up in just 4.1 seconds. Meanwhile, the top speed is pegged at 319 km/h – pretty sweet for a four-door, 2.3-ton luxury barge. As for how it handles the corners, Bentley has equipped the new Flying Spur S with electronically-controlled anti-roll bars that can respond in 0.3 seconds. The system is capable of sending up to 1,300Nm of torque to each side of the car depending on the intensity of the drive through the bends.