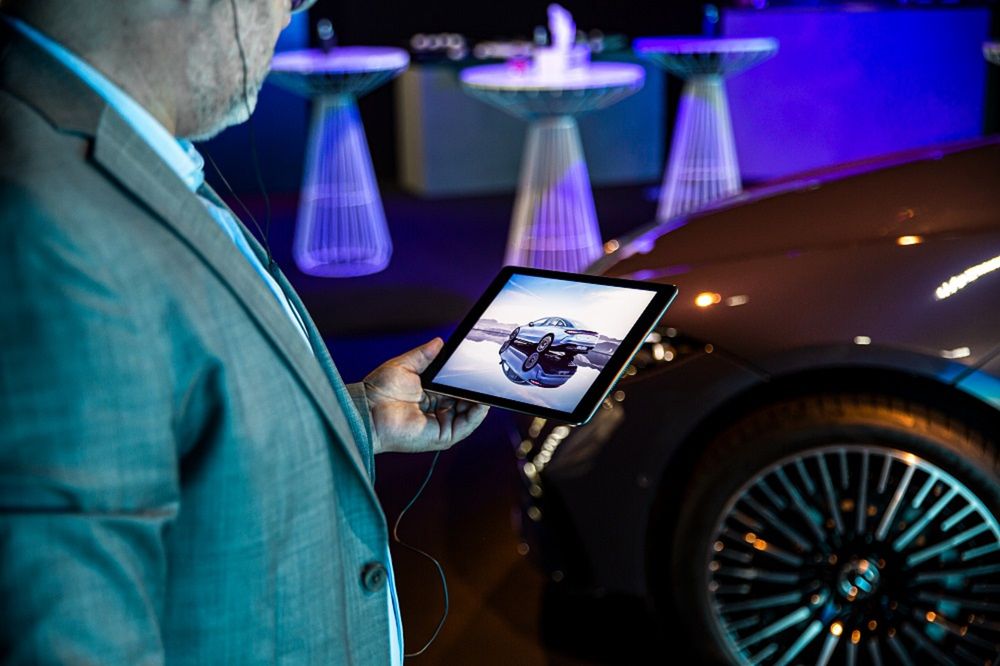 A car aficionado or not, the very first name that gushes out from our mouth the moment we talk about luxobarges or phrases such as ‘the best car in the world,’ ‘luxury cars,’ etc. is the Mercedes-Benz S-Class. Such is the emotion diligently curated by it in our hearts through its cutting-edge technology, stately design and the ride which appears to be like sitting in the lap of luxury, that it has become a household name and arguably the first choice for industry stalwarts having humongous monetary resources to splurge.

So was there anything that could make the car crowned as the ‘best car in the world’ any better? Yes, as we imbibe the learning gained from the massacre of the coronavirus, we understand that sustainability is the key to a burgeoning future which indirectly translates to an all-electric S-Class. So here comes the EQS, based on the S-Class but with a striking new curvaceous design, an interior giving an ode to the future and electric hardware which produces stupendous numbers to make it a driver’s car as good as one which will pamper its clientele savouring the opulence at the back. 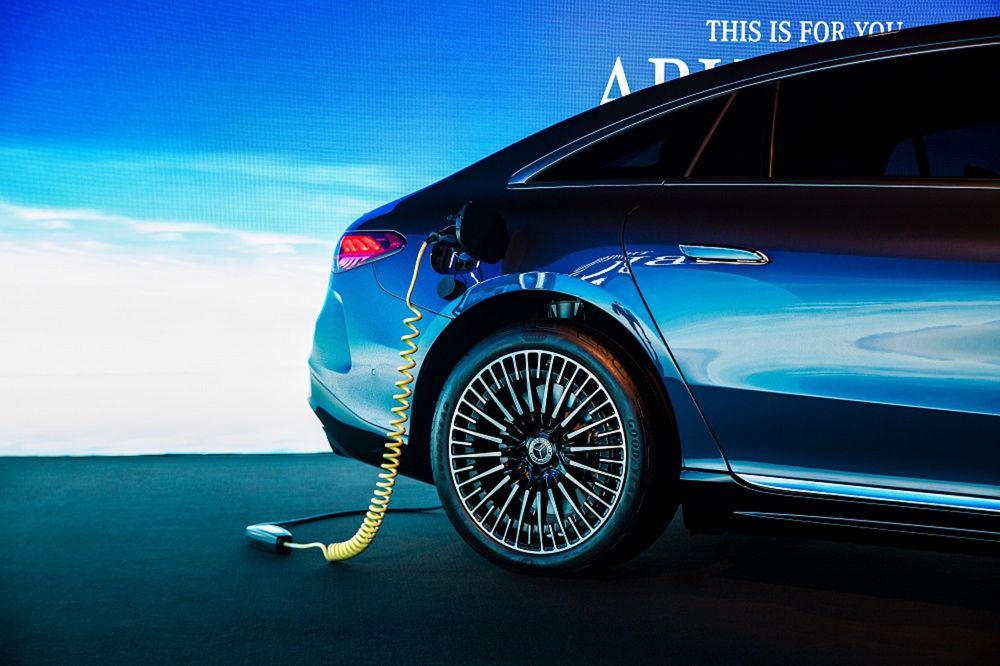 The EQS prototype was unveiled at the UAE’s largest emirate, Abu Dhabi for customers to glance at the car as a prelude to the final production model that will be launched towards the end of the final quarter of the year. Wraps were taken off the car by Emirates Motor Company, the flagship marque of Al Fahim Group and the official distributor of Mercedes-Benz cars in the emirate.

Being the brand’s very first electric sedan, it has a lot resting on its shoulders carrying the ‘S’ in its name. To deliver on that front, the EQS is bestowed with several idiosyncrasies. One of it is the design. In contrast to the conventional sedan shape of the S-Class, the EQS’ haute couture flanks a curvaceous silhouette augmenting its aerodynamics to counter the wind and propel faster with lesser resistance. It bears resemblance with some American EVs as well.

Where we are acclimatised to observing a wide-mouthed grille tucking in chrome slats, the EQS flanks a hexagonal grille ornated in glossy black finish and several puny star-like elements adorning it arousing flamboyance. Its curvaceous side profile and sloping shoulder line might remind one of the CLS. Elements such as door handles that pop out upon unlocking the car and multiple spoke pattern for the rims stand out. However, it remains to be seen how much of this is given consent by the final production model. The rear suggests of the Teutonic character of this car with chiselled headlamps and a light strip running across the trunk which has become a ubiquitous vogue these days. The air outlets on the bumper not only look smashing, but also serve a good aerodynamic purpose.

If you have ogled at its exterior in bewilderment, the interior is unlike anything else seen before and will arouse a great deal of visual splendour with ambient lighting and several trims for the dash and the seats. However, the hallmark of the cockpit is going to be the triple-screen layout enveloping all the important functions freeing up space earlier occupied by knobs and switches for storing knick-knacks. To pamper its customers, it offers features such as headrest pillows for the front and rear and an Executive Rear Seat Package opening doors to functions such as massaging, neck and shoulder heating and a tablet to control the MBUX infotainment system. A cutting-edge feature is a fingerprint scanner which sets the seat and steering configurations to your preference every time you sit in the car.

The most intriguing aspect of the car is the powertrain configuration in which the car will be brought to the UAE. The range topping of the variants, the EQS580 4MATIC produces a stonking 516 hp which is sent to all the wheels via independent motors affixed to each. It is capable of darting from 0 to 100 Km/h in just 4.1 seconds and accelerates for a claimed 770 km until it runs out of charge. To make it dynamically capable, it features rear-wheel steering which will tilt the wheels to 4.5 degrees should the need arise. 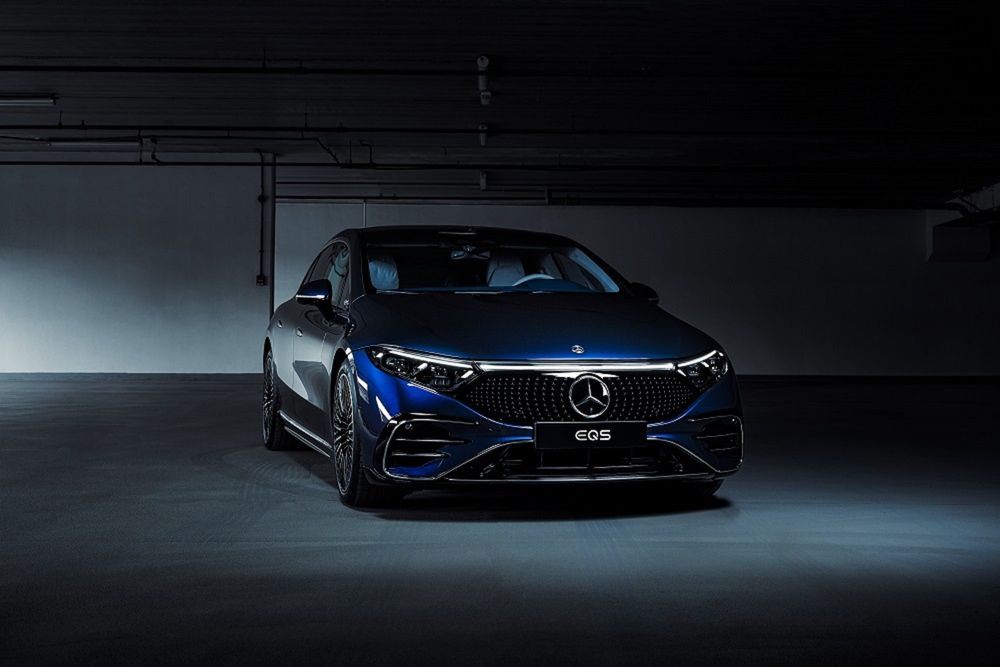 Mohammad Al Momani, Acting General Manager at Emirates Motor Company says, “We were delighted to introduce the new EQS to our customers in Abu Dhabi who had the opportunity to see a pre-production model. We are expecting to see the car in our showrooms in the latter part of the final quarter of the year, but we are excited for what the future holds for Mercedes-Benz and also for EMC as we look to offer a carbon neutral fleet. The development of the EQS is in line with global trends to reduce CO2 emissions as well as with the UAE’s Vision 2021 to create a sustainable environment and infrastructure. As the latest addition to the Mercedes-EQ range, the EQS is one of a number of vehicles that will be arriving to our showrooms that cater to different customer needs.”

The EQS makes strong affirmations and taking a sneak peek at the value it is set to offer in the UAE, the car and the future, both look promising enough.