The car you see is the Lexus UX, a subcompact crossover SUV that costs 185,000 Dirhams and is built on the same TNGA-C platform as some very popular cars, including the Prius, C-HR, and Corolla. Catering to a growing segment of wealthy millennials, let us dig deeper and find out if this UX has what it takes to stand up against equally fashionable rivals, the Audi Q3, BMW X2, and Mercedes-Benz GLA. 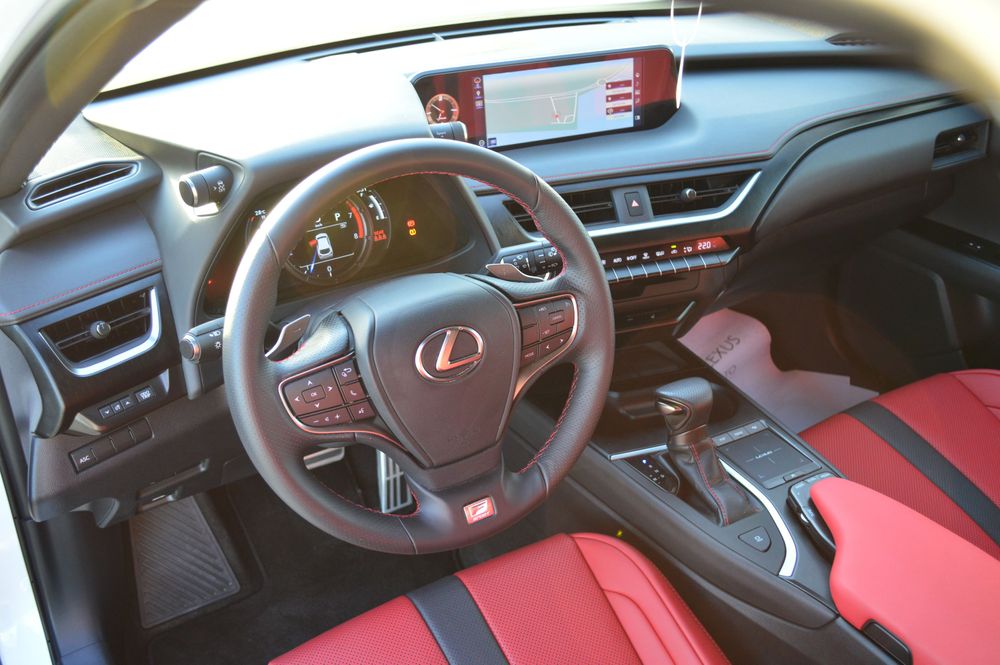 Now, although manufacturers have dug out a niche within a niche and got away with classifying vehicles that fall into the UX’s segment as subcompact crossover SUVs, the reality is that almost all of them, look, feel, and drive like a traditional hatchback. This Lexus UX is no different, and so there is no body roll or any odd handling characteristics that you would associate with a larger SUV.

Instead, the UX feels grounded and the steering is extremely accurate with the smallest of adjustments immediately changing the direction of the wheels up front. With 160 horsepower and 350 Nm of torque being generated by the 2.0-liter 4-cylinder engine, power is plentiful and readily available but the UX is letdown by its CVT gearbox and the understeer that is created by its Front Wheel Drive layout. 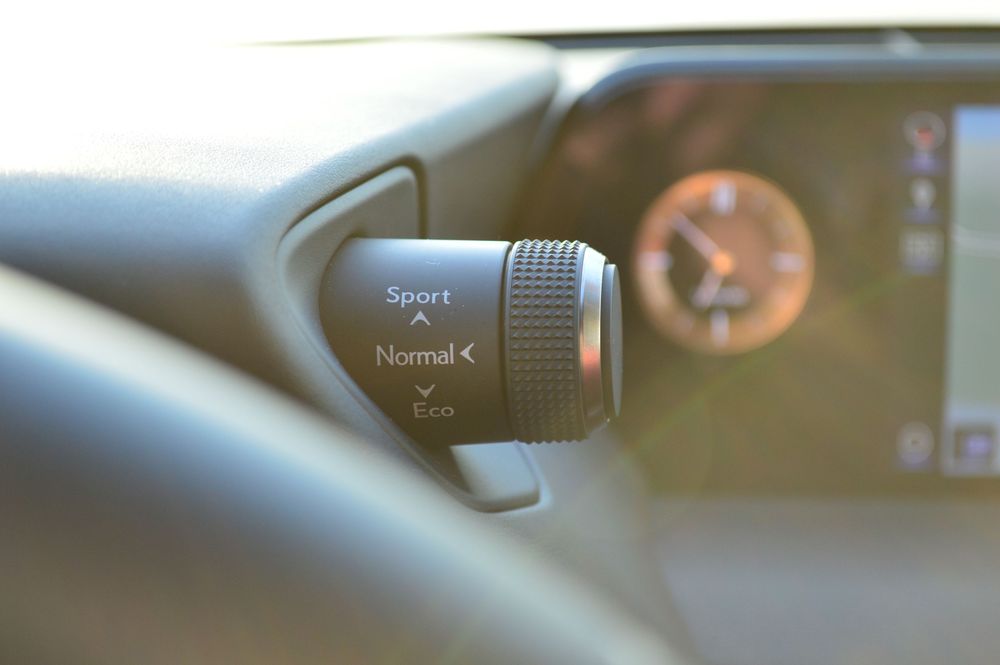 Having said that, there are three drive modes to choose from (Normal, Eco, Sport) with each of them making subtle changes to the ECU, transmission, and even the design and color scheme in the instrument cluster. 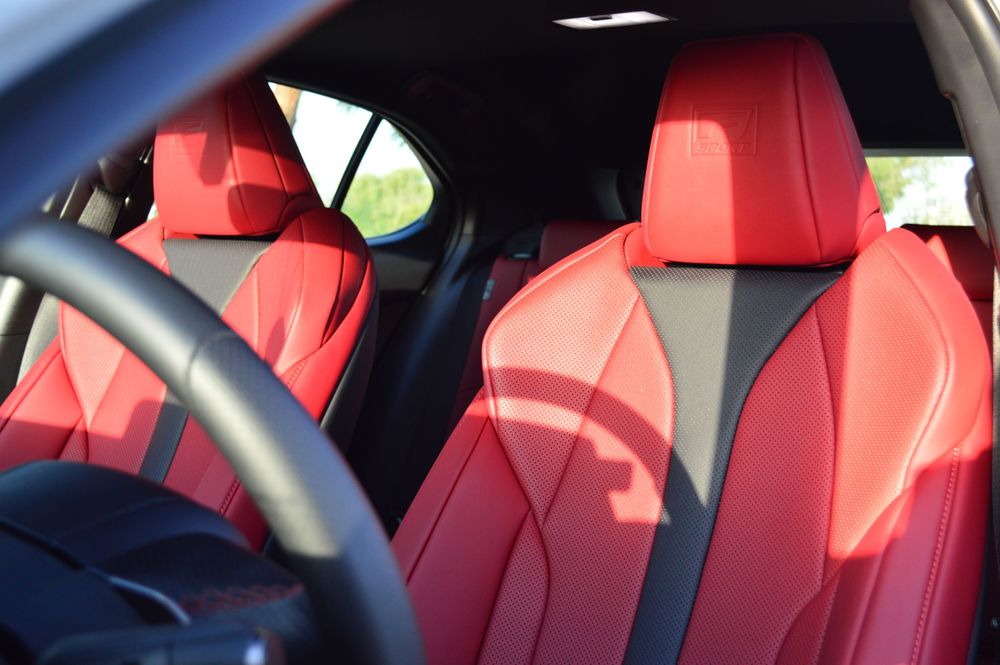 Being a Lexus, the cabin looks good and is built exceptionally well. Everything feels solid and nothing, absolutely nothing creaks or squeaks. Additionally, since this is the F Sport model, it receives a sports steering wheel with paddle shifters, sports seats, and the entire cabin is covered in a nice red and black color scheme that contrasts the white exterior brilliantly.

Balancing the sportiness with a dash of luxury, there’s dark wood trim along the dashboard and door panels, as well as an analog clock that is integrated into the same panel as the 10.3-inch infotainment screen. Speaking of the screen, it is not a touch screen and like Mazda, Lexus is probably the only other brand to still stick with buttons, knobs, and a trackpad to control the infotainment system. 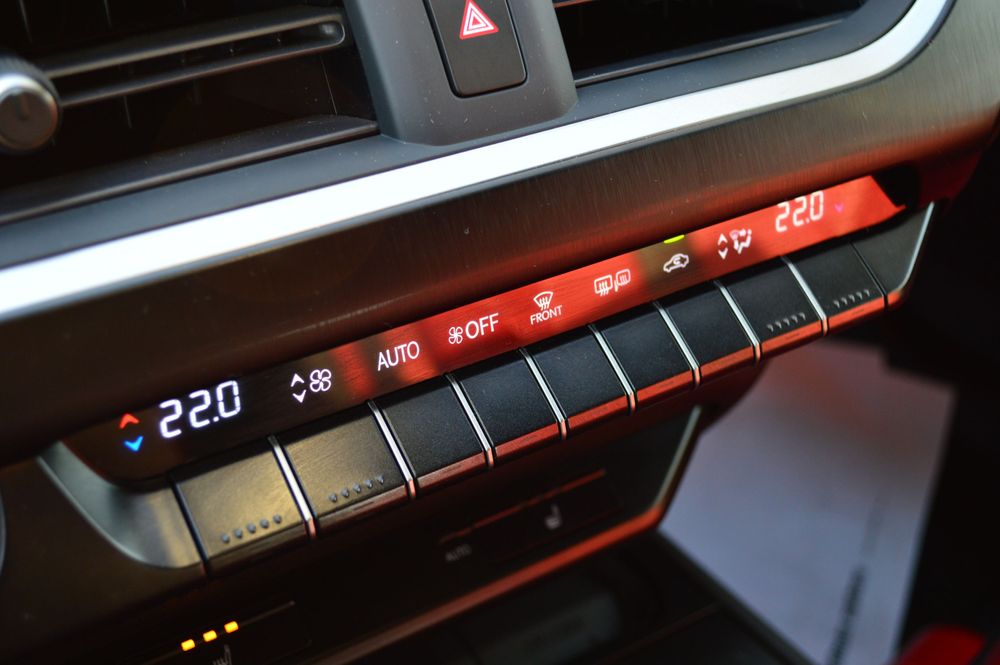 In the back, space is as good as one would expect, and the designers have tried their level best to offer as much as possible through neat tricks such as carving out pieces of the headliner to offer maximum headroom. For added comfort, there are rear A/C vents, cupholders, and two charging outlets. 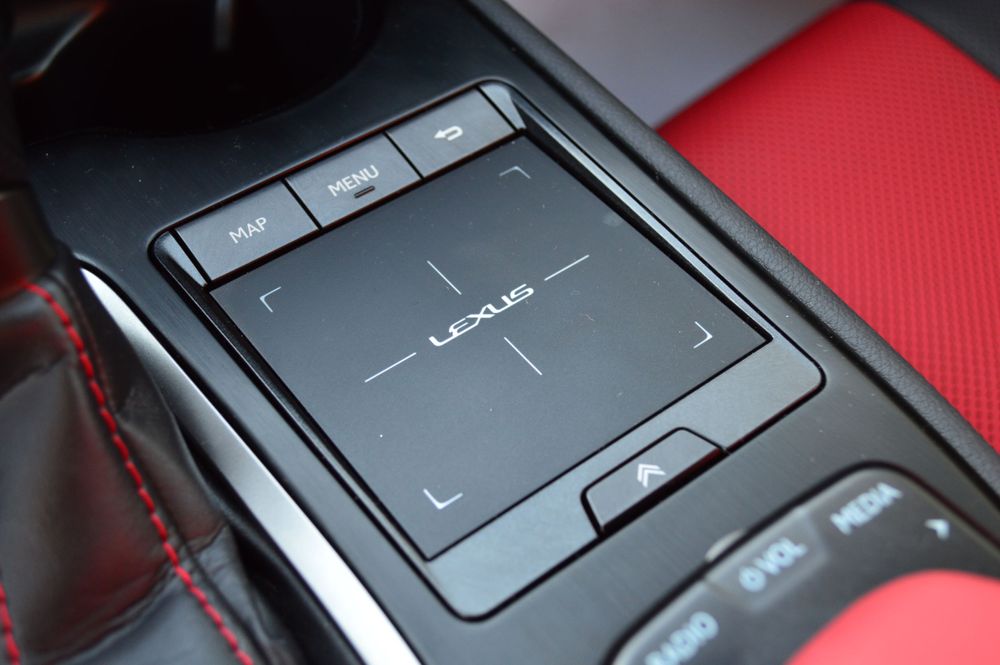 Since our test car is the F-Sport Prestige (which is just one level up from the entry-level model) its feature set is not as advanced as one would expect. Sure, there is a sunroof, cruise control, Navigation, Android Auto, and Apple CarPlay but it is quite basic beyond that and I say that because it is missing quite a few features you would tend to take for granted at its price point.

For instance, there is no blind-spot monitoring. There is no lane-keeping assist. There is no surround-view camera. There is no seat cooler. There isn’t even an electric dimming rearview mirror, just an old-school flip and that’s when you really stop and ask yourself, is it really worth 185,000 Dirhams? 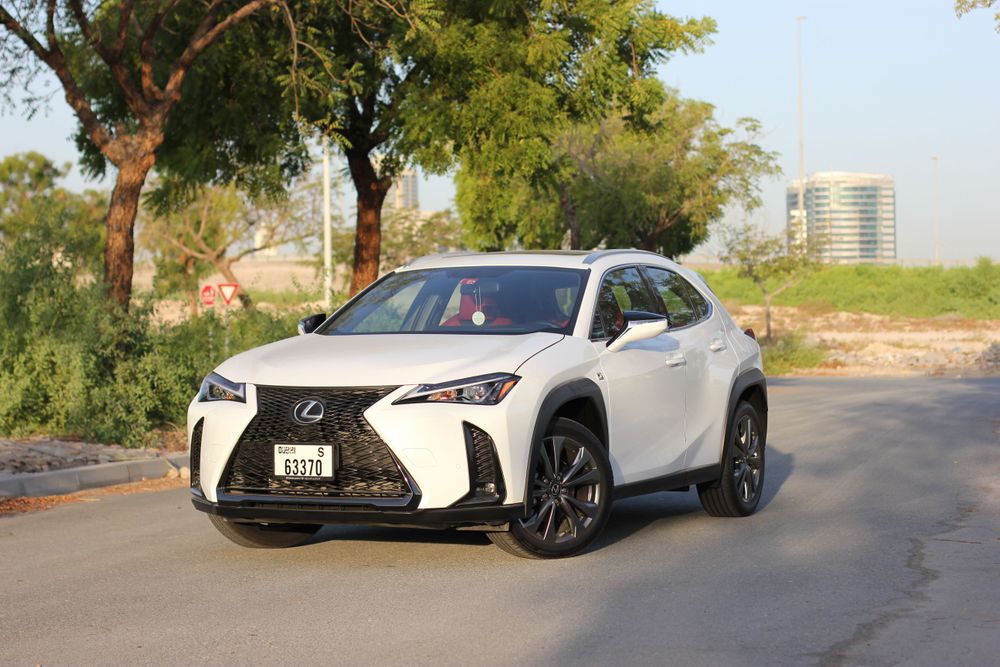 From the outside, the designers have put a lot of effort into making the UX as cool as possible. There’s bold lines, sharp angles, and everything else to grab the attention of young millennials. This F-Sport version gets LED headlamps, a darkened spindle grille, dark chrome accents along with the bumper and fog lamp housings, as well as 18-inch aluminum wheels.

At the back, the UX is one of the first Lexus models to flaunt the full-length light bar, a design feature that is on its way to becoming somewhat of a signature feature for the brand. Boot space is lesser than its rivals due to the high floor and measures in at just 320 liters but there are hooks to hang your groceries, tie-down points, and plenty of cubby holes beneath the cargo floor. 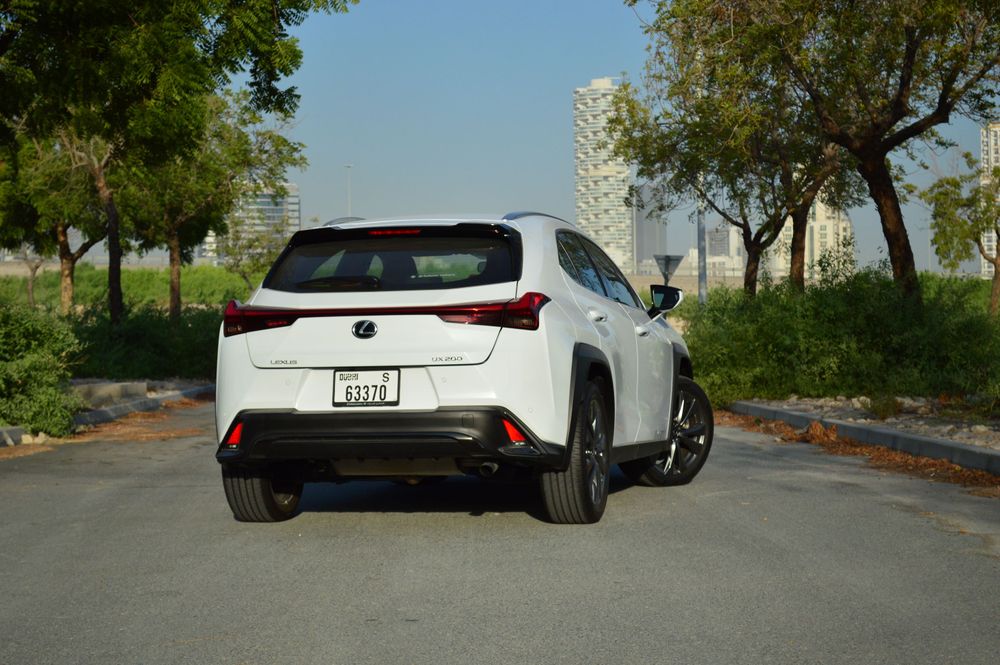 Not too long ago, there was a time when Lexus offered customers luxury and quality that could match the Germans – with the added bonus of Japanese reliability – for far more affordable prices, but that is no longer the case. Today, Lexus’ cost just as much as their German rivals and so which one would you have? This Lexus UX at 185,000 Dirhams or one of its German rivals instead? Whichever one you do opt for, remember that you can get the best car insurance quotes in the country from InsuranceMarket.ae™.