Korean auto giant Kia has recently rolled out the all-new, third generation of the Soul subcompact crossover SUV. Based on the same platform as its cousin - the new Hyundai Kona, the 2020 Kia Soul is one of the brand’s best success stories and as with most cars in this category, is primarily aimed at a young (and hip) audience. Then we have the second generation Honda HR-V, all set and willing to take on the Soul.

Based on an almost identical platform as its latest Jazz hatchback sibling, the new Honda HR-V was first released back in 2015. There is no denying that the 2020 Kia Soul is clearly the newer and arguably the flashier kid in the block, but that doesn’t mean that it will have it easy when pitted against its Japanese counterpart. So let’s find out which one of these two cars will emerge victorious. It is pretty evident that the new Kia Soul, in terms of its overall design, is not too dissimilar to its predecessor. In essence, the Kia Soul looks like a large hatchback (albeit more boxy) when parked next to the Honda HR-V which, while may not look much like a macho 4x4, does seem to portray its crossover aspirations a little more convincingly. As you can imagine, neither of these cars are ‘big’ by any measure.

As for their outright styling, the new Soul surely looks more trendy and its design more outspoken than that of the Honda HR-V, which looks more sensible and mature but certainly not bland. The more streamlined exterior of the HR-V is an amalgamation of smooth contours with crisp bodylines and a distinctly sloping roof line. 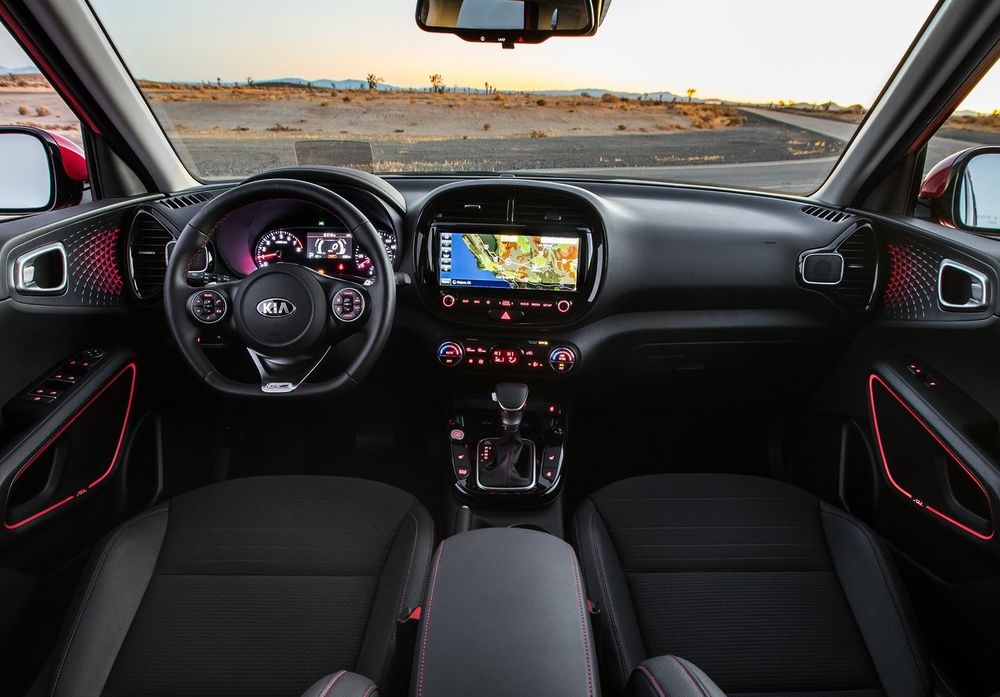 On the inside too, these two cars stand out from each other. The design, layout and form-factor of the new Soul’s dashboard and other panels look pretty attractive and well-executed. There’s shiny metal accents on the door and piano black trim on several areas well. The steering wheel has an attractive design as well, while the sporty-looking seats offer enough support and cushioning.

Obviously, there’s no lack of headroom in the Soul, mainly thanks to the high roof; while at the same time, the large greenhouse means no one will feel claustrophobic inside this cabin. The Honda HR-V’s cabin is fairly stylish and modern as well. The chunky steering wheel goes well with the driver-oriented dash and controls, while the triple aircon vents on the passenger side not only looks cool but is also quite effective. Meanwhile, the Kia Soul’s 1.6-liter mill produces just over 120 horses and 152 Nm, and is mated to a traditional 6-speed automatic gearbox. This means that the new Soul is slower than its Honda rival, managing a top speed just under 180 km/h, while 100 km/h takes a little longer too. If you consider the mid-spec variants of these two cars, both are priced under the 80,000-dirham mark. This means that the final decision comes down to your design preference, performance, and features that these cars offer.

If you prioritize superior fuel economy, excellent reliability, more boot space and a traditional crossover styling, then the Honda HR-V will make a great companion. However, if you want a really trendy-looking car that also offers great interior room, decent features but don’t mind the lackluster performance, then the 2020 Kia Soul won’t disappoint.