The world’s fastest four-door saloon, the Jaguar XE SV Project 8 has added a new lap record to its growing list of global accolades. The stock car lapped the 5.39-kilometre Dubai Autodrome GP circuit in 2:18.81 mins, making it the fastest sedan to make its way around the circuit.

The Jaguar XE SV Project 8, which is limited to 300 units worldwide, is the most extreme Jaguar sedan ever produced. It is the most track-ready version of the XE sedan designed, engineered and hand-assembled by the brand’s Special Vehicle Operations (SVO) division. 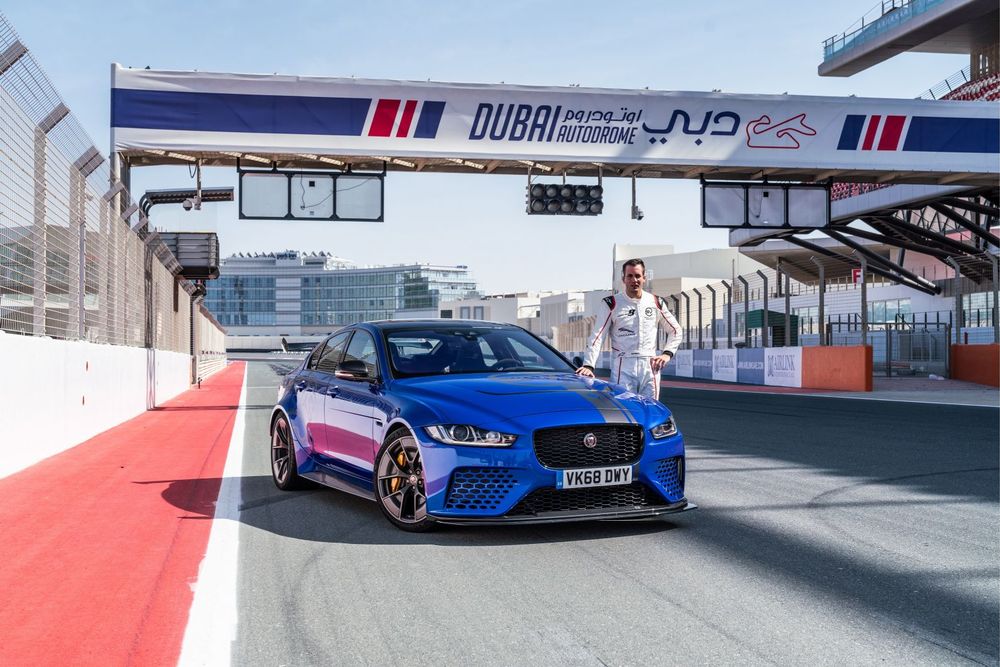 Following its records at the Nürburgring Nordschleife in Germany and California’s Laguna Seca Raceway, the new record was achieved in Dubai by Jaguar Land Rover Test Driver & Engineering support, Xavi Barrio Duato. Xavi possess a wealth of experience, gathered by racing in Spain and China for over a decade.

Salman Sultan, Regional Public Relations and Social Media Manager said: “The Nürburgring is a well-worn test bed for manufacturers to challenge themselves against the competition but that is only one track. With the Jaguar XE SV Project 8, our aim is to definitively prove that it is the fastest four-door saloon in the world by setting records at several tracks around the globe under different climatic conditions and surfaces.” 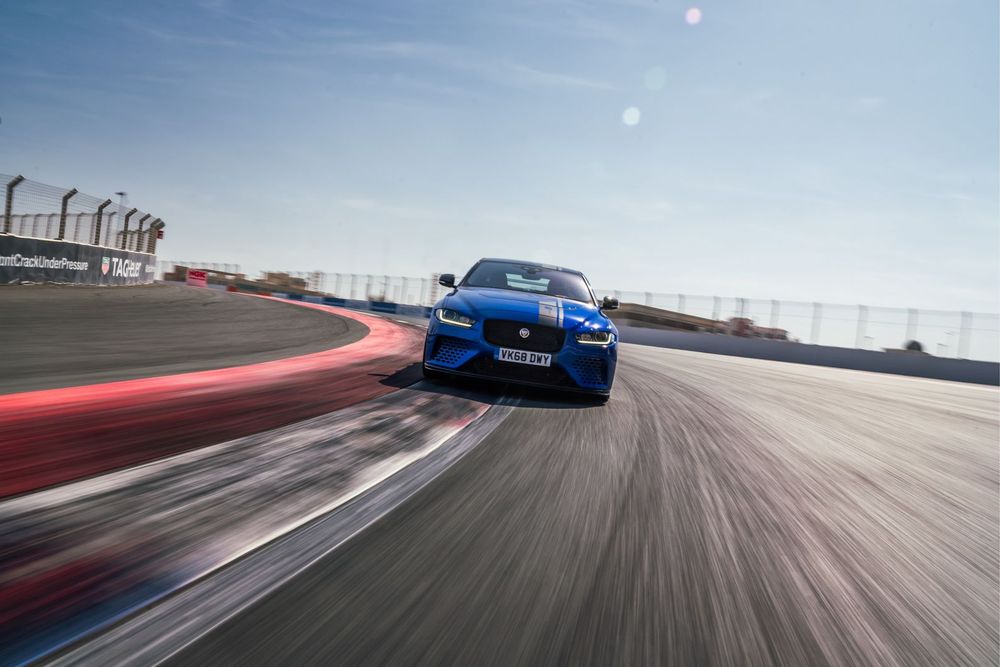 The Jaguar XE SV Project 8’s thrilling mix of explosive power, dynamic agility and all-wheel drive traction is the result of significant enhancements that include lightweight aluminium and carbon fibre exterior panels combined with a 592-horsepower, 5.0-litre supercharged V8 engine under the hood. The result is supercar performance from Jaguar’s most compact four-door sedan, touching 320kmh and reaching 100kmh in just 3.7 seconds.