Making the most of the desert season that has officially kicked off across the Middle East, Ford introduces a series of Desert Driving Tips to help those take on the dunes with family and friends. Amongst the many fears that new drivers have, getting stuck in the sand is a big one, and especially for those who look at venturing with young children along for the ride.

To help all (new drivers and seasoned experts) make the most of the cooler months and enjoy the dunes of the Middle East, Ford’s six-part series looks at covering the basic aspects of driving off-road and equipping adventurers with the right tools and knowledge to venture off the beaten path this winter. 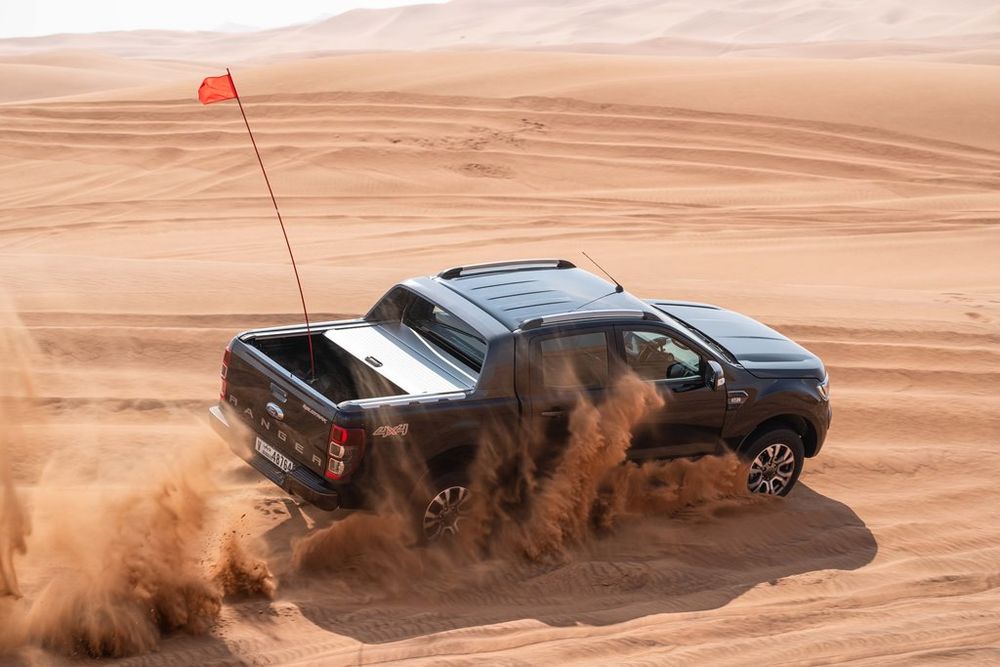 The first episode revolves around choosing the right vehicle to go off-road with and explaining the difference between crossovers and SUVs, and how that affects their performance in the sand. In the same way that all off-road drivers aren’t created equal, all off-road vehicles aren’t created equal either – some simply aren’t designed for negotiating their way through soft, deep sand.

“You really need to look at a vehicle that has good ground clearance, four-wheel drive with low-range and the capability to be taken out in the dunes,” said Mike Chavez, series co-host and Ford Middle East Product Development Lead Technologist. “Crossovers are usually limited in their ground clearance, and approach and departure angles which are typically less than you need for off-roading.”

The initial basics include deflating tires so that the vehicle’s weight is spread out across a wider area and to allow the vehicle to float over the sand as opposed to dig into it. The other important thing all drivers should remember is that driving off-road is enjoyable and different, but also dangerous and that is why they should never venture out alone.