The car you see above is the Ford Edge ST and if you know a thing or two about the American manufacturer, you’d know that the ‘ST’ badge is a very special one. Being the first SUV to be built by Ford Performance, the Edge ST has been put together by the same team who put together cars such as the Focus ST, the Mustang Shelby GT350, the F-150 Raptor, and the legendary Ford GT. 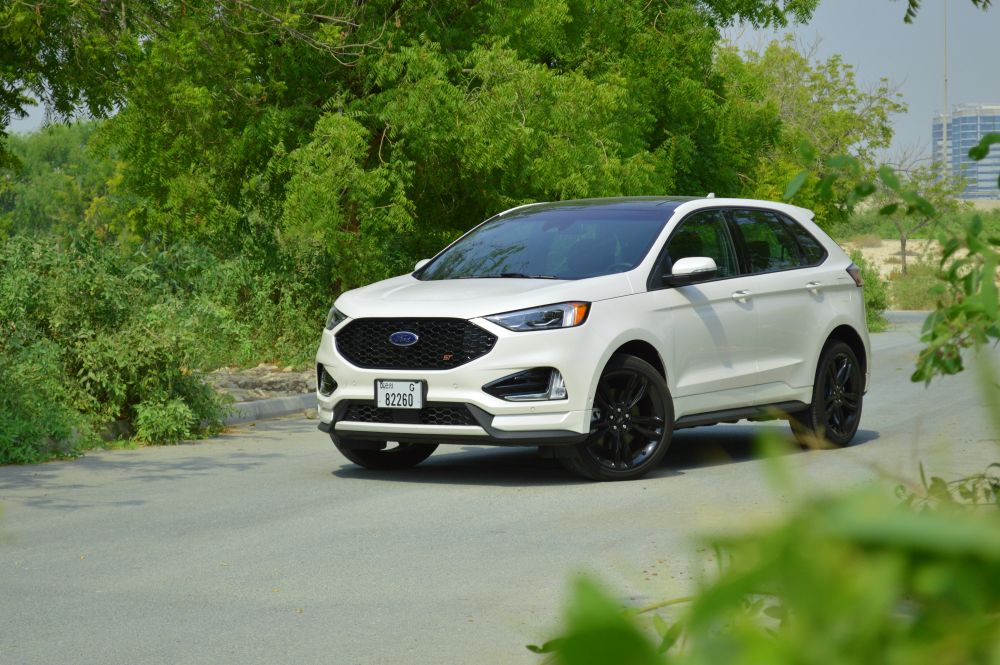 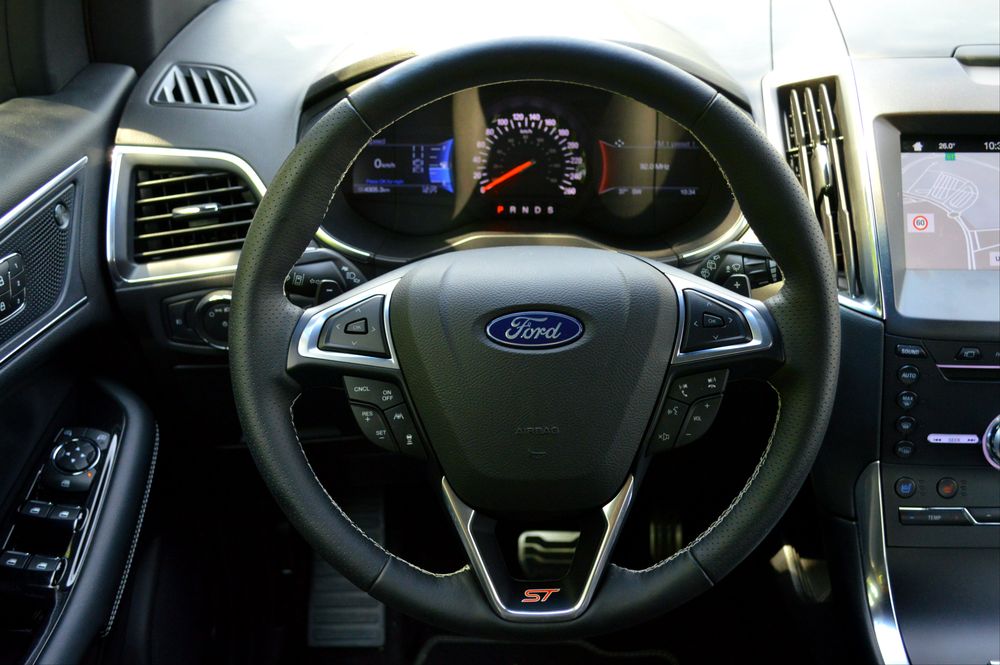 On the inside, Ford has continued to differentiate the ‘ST’ from the standard car. Being the performance-oriented model, the Edge ST gets sports seats that are heavily bolstered and covered in a combination of leather and suede. With leather restricted to the outer portions of the seat, the suede keeps you in place and stops you from sliding around when driving quickly.

To make its sporting pretensions even clearer, the ‘ST’ receives stitched leather on the door panels, stitched leather on the steering wheel, faux carbon fiber trim on the dashboard, and aluminum on the accelerator and brake pedals. Which just for the record are all great, but I just wish Ford had paid a little more attention to the interior and reduced the amount of exposed hard plastic.

Being an SUV, the second row is important and rightfully so. In the Edge ST, it’s extremely spacious with lots and lots of legroom, but headroom isn’t that great. The seats do recline and there’s rear A/C vents and power outlets too. 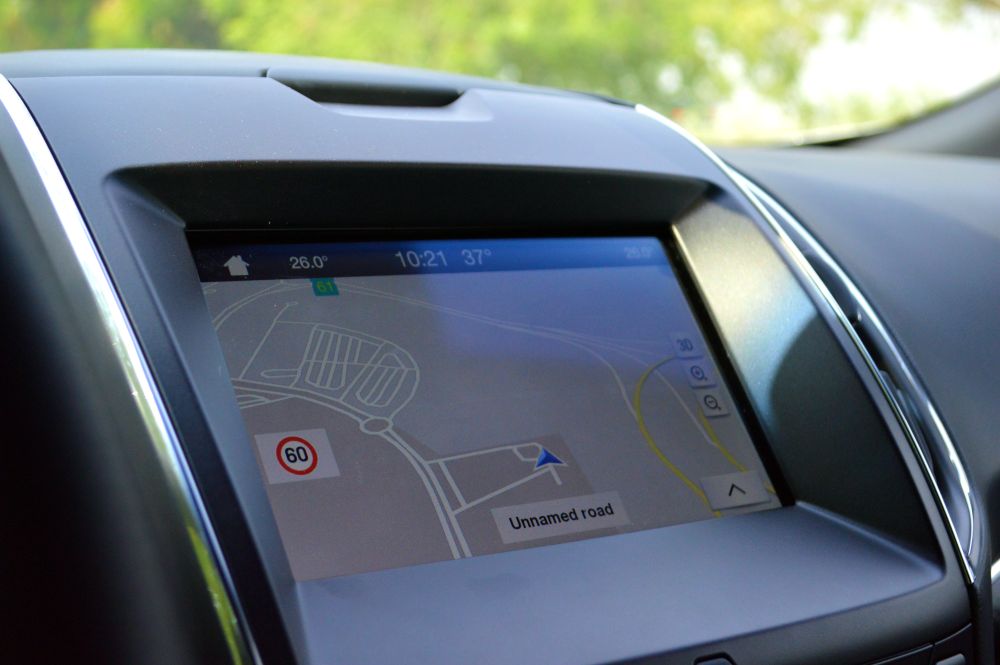 Being an SUV that’s catered to younger audiences, the Edge ST packs a lot of features, some good ones and some not so good ones. Firstly, there’s an 8-inch infotainment screen that comes with Ford’s SYNC 3 software, it works well, comes with built-in navigation, Apple CarPlay and Android Auto as well.

Secondly, many cars nowadays come with automated parallel and perpendicular parking systems, but very few are as good as the one used by Ford. It makes you look like a parking champ and since it has park exit assist, it makes backing out of a difficult parking space just as easy as it is going in. 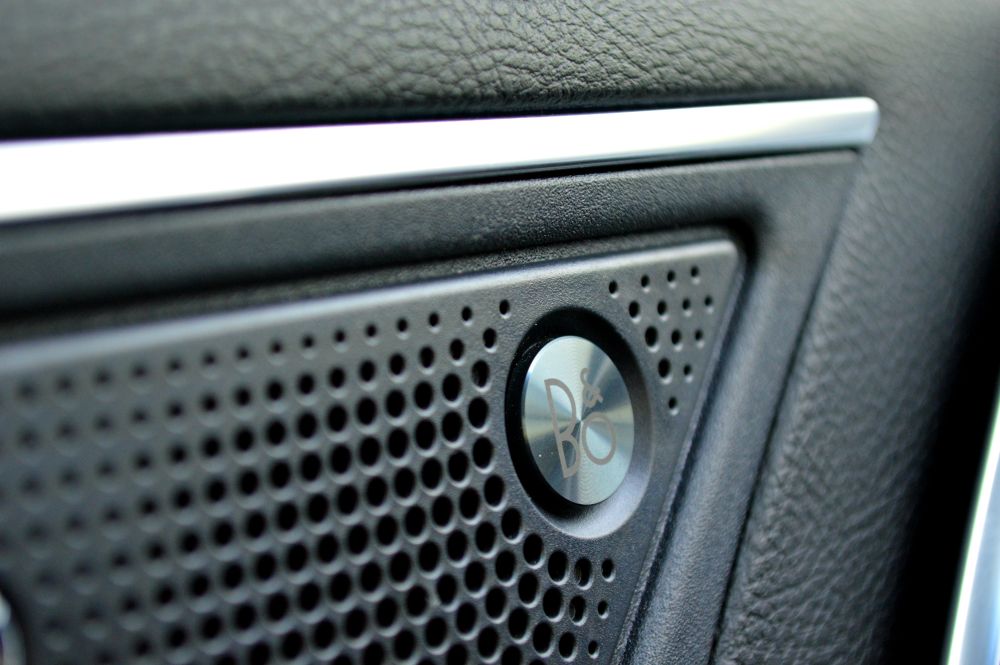 Thirdly, it’s got a cool ambient lighting system that illuminates various parts of the cabin including the cupholders. It’s got a brilliant Bang & Olufsen audio system, and a huge panoramic glass roof that gives the impression of a much more spacious cabin. 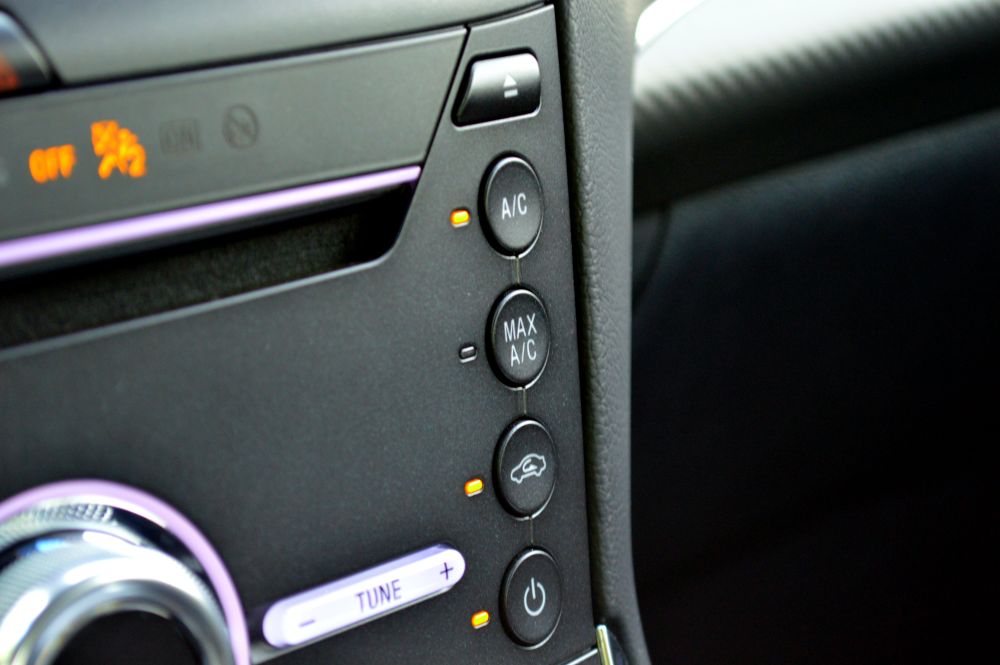 In the Edge, it’s hidden deep inside menus and further submenus that almost make it impossible to find. In fact, it’s so complicated that I wouldn’t be surprised if most Edge owners weren’t aware this feature ever existed. While we’re on the topic of hiding controls, the Edge has plenty of buttons to manage the climate control system. Fan speed, temperate, recirculation, demister, everything has its own dedicated button on the dashboard, but if you wish to change the direction of the air from your face to your feet or vice versa, that is hidden in a menu on the screen…why Ford, why!? 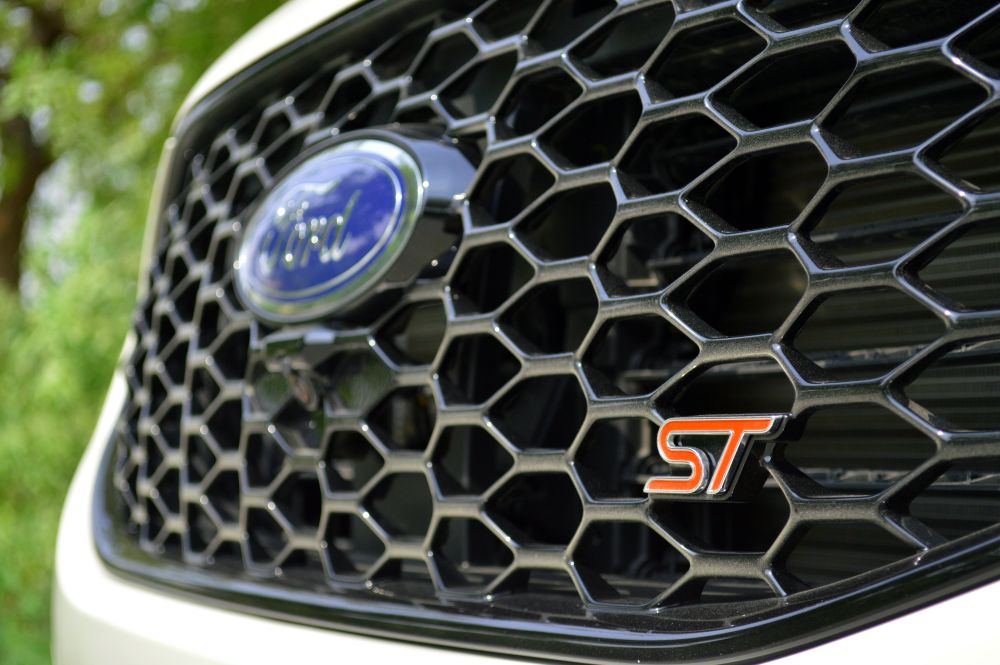 Being a performance SUV, you’re probably expecting a big V8 under the hood, kind of like what you’d find in a Jeep Grand Cherokee SRT or a Range Rover Sport SVR, but instead the Edge ST is fitted with a 2.7-liter twin-turbocharged V6. Horsepower stands at 335 and torque measures in at 515 Nm, but while the numbers sound impressive, they aren’t all that and let me tell you why.

For those of you who are well acquainted with Ford and its models, you’ll probably remember the Edge Sport that was on sale until last year. It never claimed to be a performance SUV, it was just a fast Edge. What Ford has done is that they’ve taken that very car, used the same engine, added just 20 horsepower and stuck an ‘ST’ badge onto it and that seems to be the root cause of the problem. 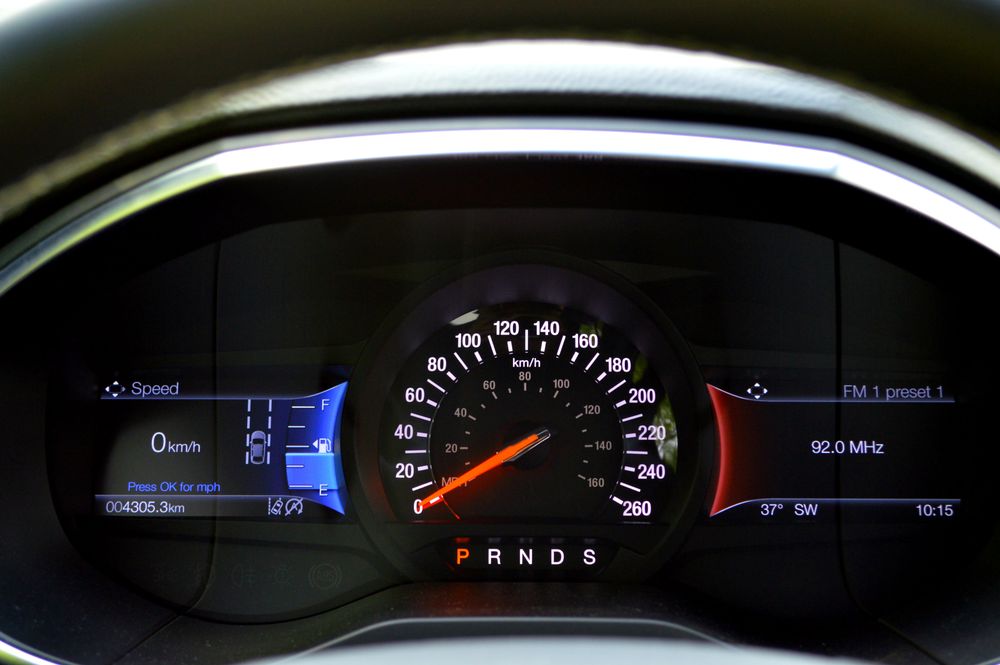 The 8-speed automatic transmission that the Edge ST is fitted with, is far from perfect. Despite paddles behind the steering wheel, it never lets you shift low enough to accelerate hard, and when you leave it in Auto to do the work for itself, it’s very jerky hopping its way from one gear to the other especially in slow moving traffic. 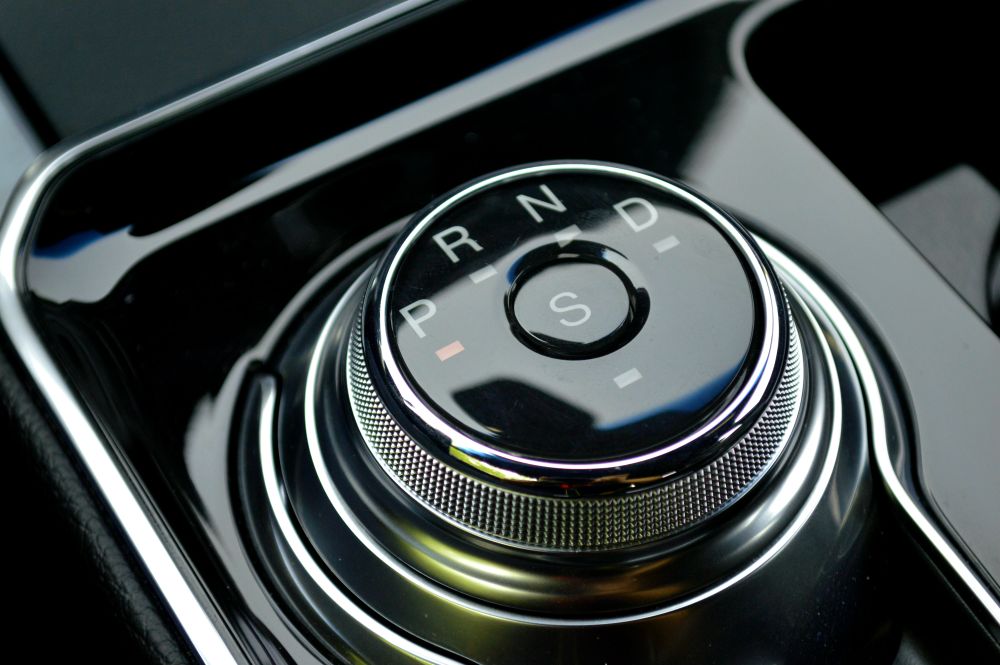 Put your foot down and the Edge ST will move fast but, in the process, it will pump in horrendous engine sounds through the speakers. Also, I’m not sure if they tried imitating wind noise but every time you get past 3,500RPM there’s a distinct sizzling sound from the speakers and let’s say isn’t very comforting. The steering despite having quick ratios is devoid of any feedback whatsoever. 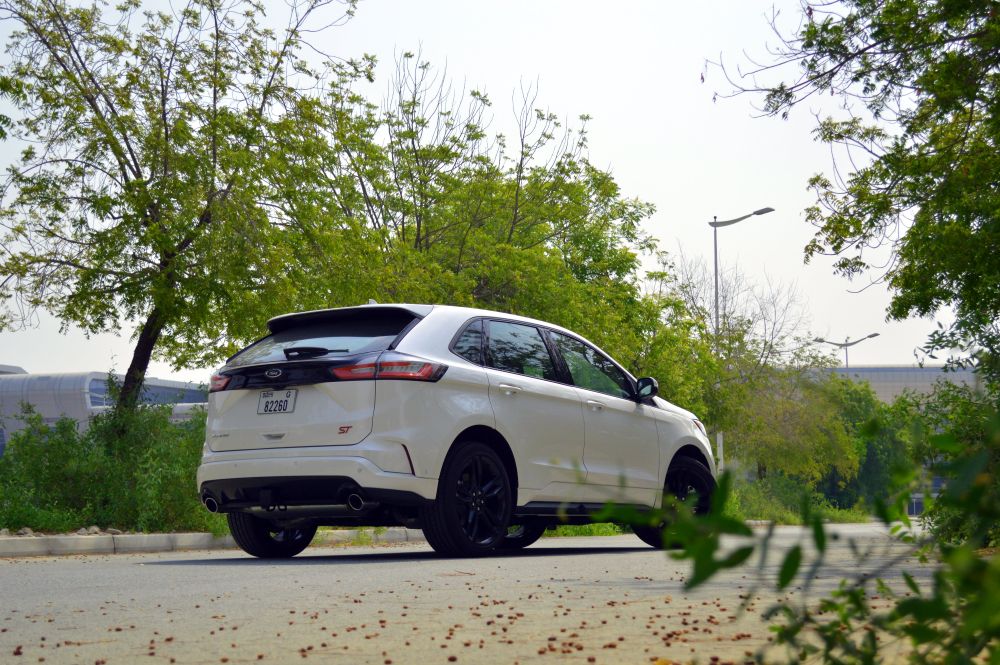 When news of the Edge ST first surfaced, there was plenty of excitement from enthusiasts across the globe, after all it was the first SUV from Ford Performance, the same team who had put together the Focus ST, the Shelby GT350, and the Raptor! But having driven the car for nearly a week, I feel Ford’s done a huge mistake by putting the ‘ST’ badge on the Edge because let’s be honest, it isn’t a performance SUV. It could classify as a lazy attempt at a performance SUV (since it’s a repackaged Edge Sport) but it isn’t a performance SUV. So, at 179,500 Dirhams what do you feel, is it worth the money? Let us know in the comments below.