If you’ve just got your driver’s license or you’re looking to add a cheap and cheerful SUV to your garage, then options such as the Ford EcoSport and Renault Duster seem rather attractive. While the EcoSport is the more fashionable choice, the Duster with its significantly lower price tag and longer feature list confirms why it remains the King of the segment. 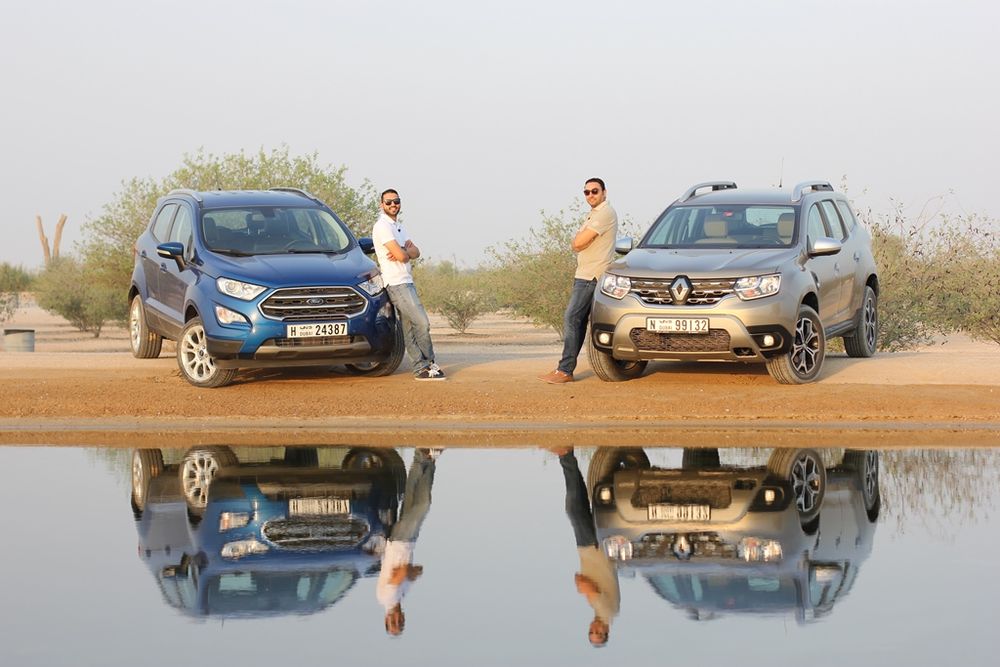 From the outside, each of the contenders have their strong points and not-so-strong points, but designs remain subjective and pale in importance besides quantitative concerns such as boot space, fuel economy, and resale value. Dimensionally, the Duster stands longer, wider, and taller than the EcoSport but that doesn’t necessarily equate to more space for passengers within the cabin – more on which you’ll discover in the next part of this review. 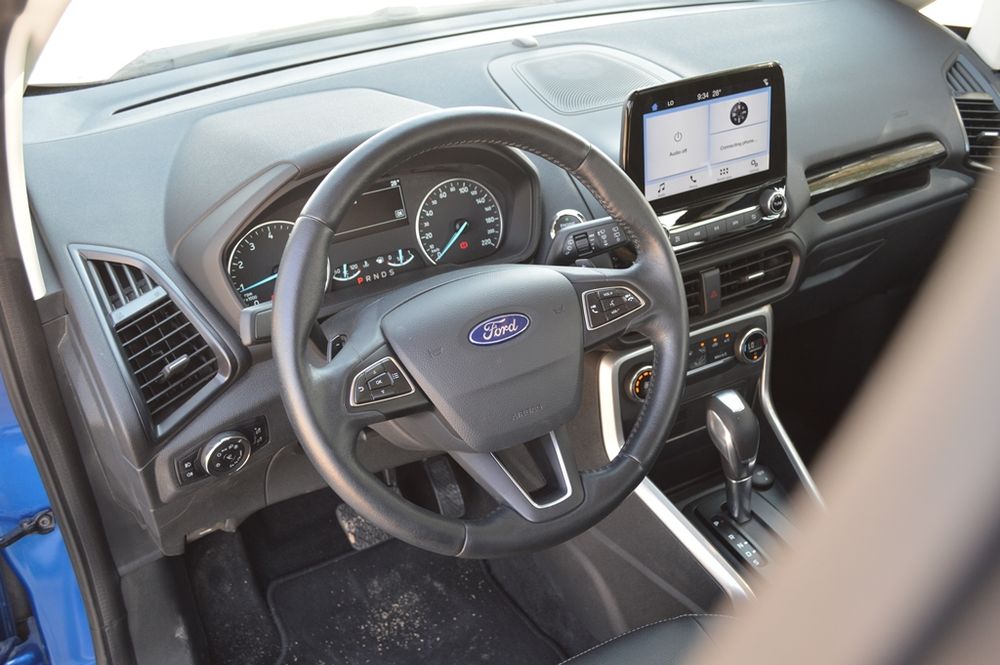 Aimed at offering greater practicality, the Ford EcoSport offers far more cubby holes to hold your phone, wallet, keys, and drinks, and even offers a central storage box that the Duster lacks. From a design perspective, gone is the space-age futuristic design of the dashboard and center console for something far subtler. An 8-inch floating infotainment screen sits atop the dashboard and gives the cabin a trendy, upmarket feel, which is complimented with significantly greater headroom and legroom for rear seat occupants (despite its shorter wheelbase). 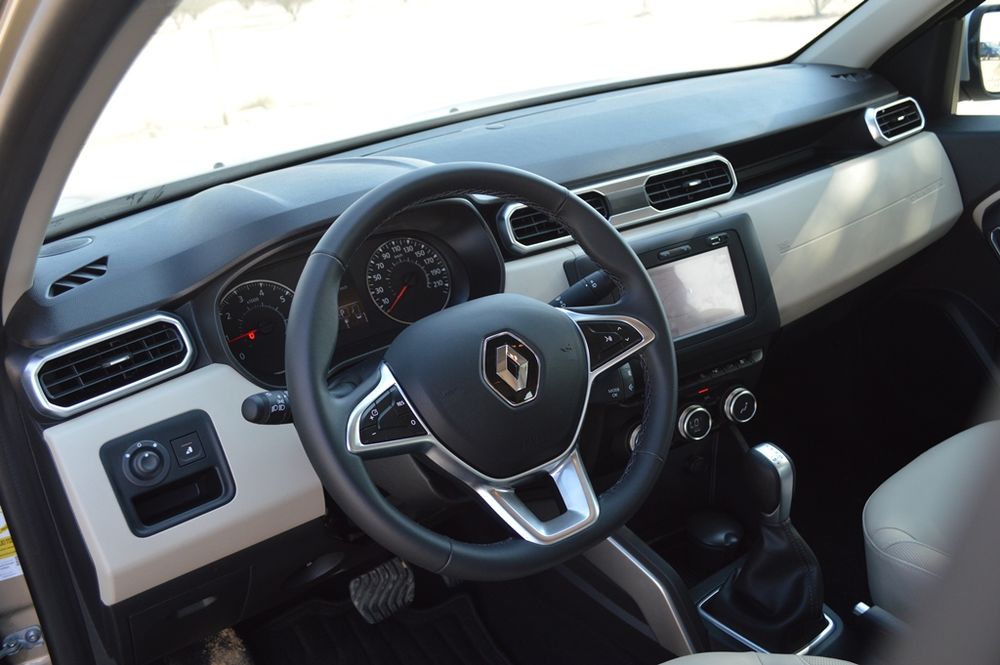 The Renault Duster, on the other hand, is revolutionary in its own right. While omitting the central storage box for larger seats, it offers drivers a Land Rover inspired arm rest attached to the seat itself to keep them comfortable on long trips. The infotainment screen also has a very aftermarket look to it and lacks the clarity of the one found in the EcoSport. Having said that, the A/C knobs are worth highlighting for they are well designed with neat digital displays placed inside them. 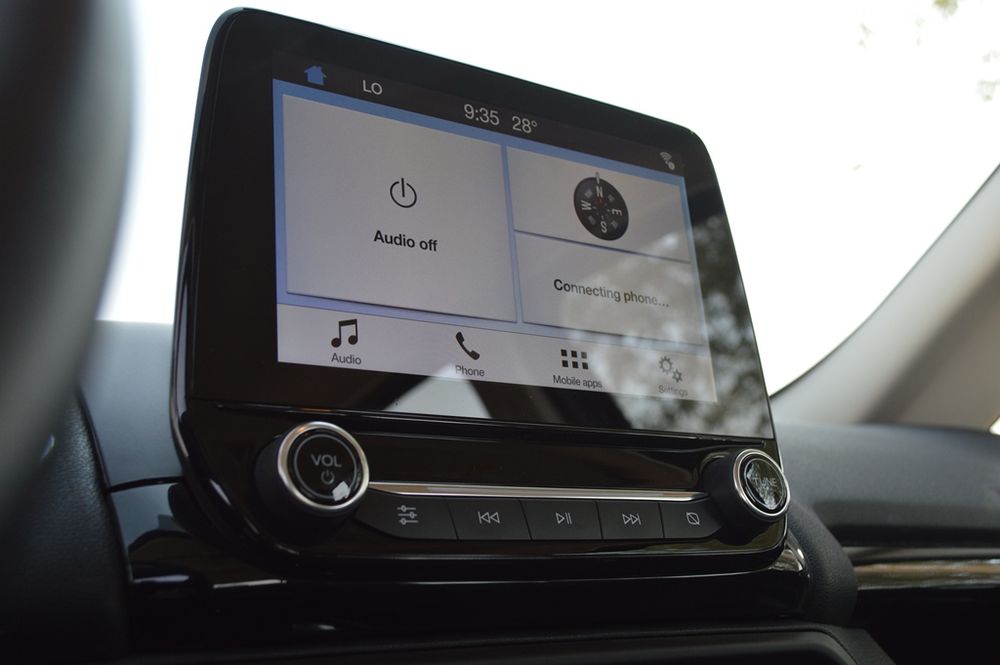 Aimed at millennials, the Ford EcoSport offers a long list of features that includes keyless entry and push button start, a customizable digital display in the instrument cluster, automatic headlights, Apple CarPlay, Android Auto, and a cooled glove box. The more affordable Duster, however, possesses a more enviable list of features and one that you wouldn’t associate with a car in its price range, these include Cruise Control and Speed Limiter, Blind Spot Monitoring, a 7-inch infotainment screen with built-in navigation, and a surround view monitor with four cameras scattered around the vehicle. 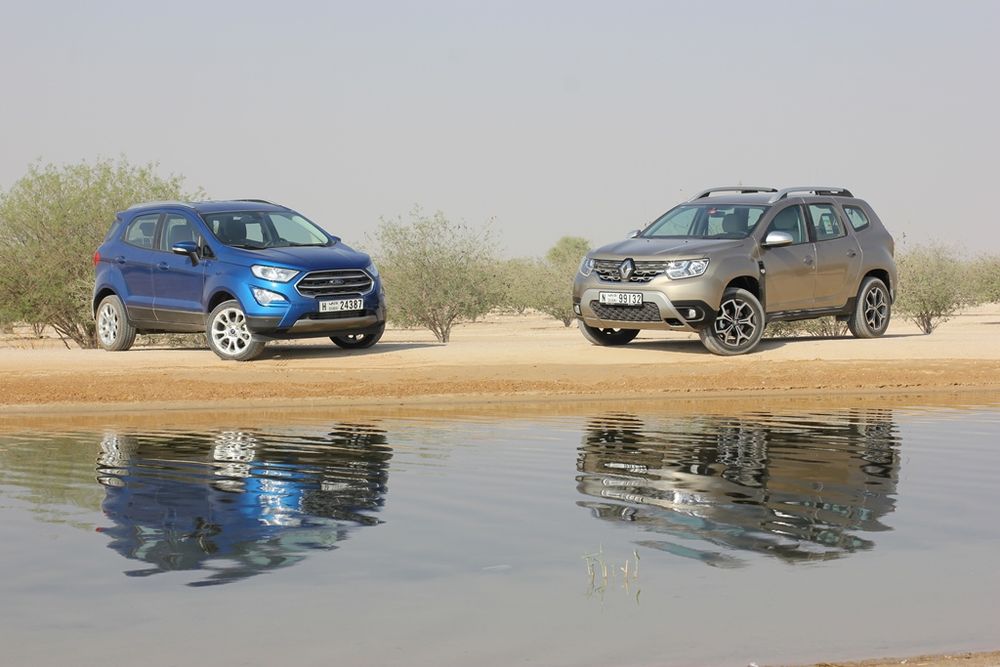 Under the hood, the very small hood of the EcoSport, is a 1.5-liter naturally aspirated engine that puts out 123 horsepower through a 6-speed automatic gearbox. Its dimensions, which are closer to a tall hatchback than an SUV, allow for a smaller turning radius and a more comfortable drive with a softer suspension. Sure, body roll is a lot more than one would expect from such a small vehicle but that is the price one must pay for a soft and comfortable suspension set-up. 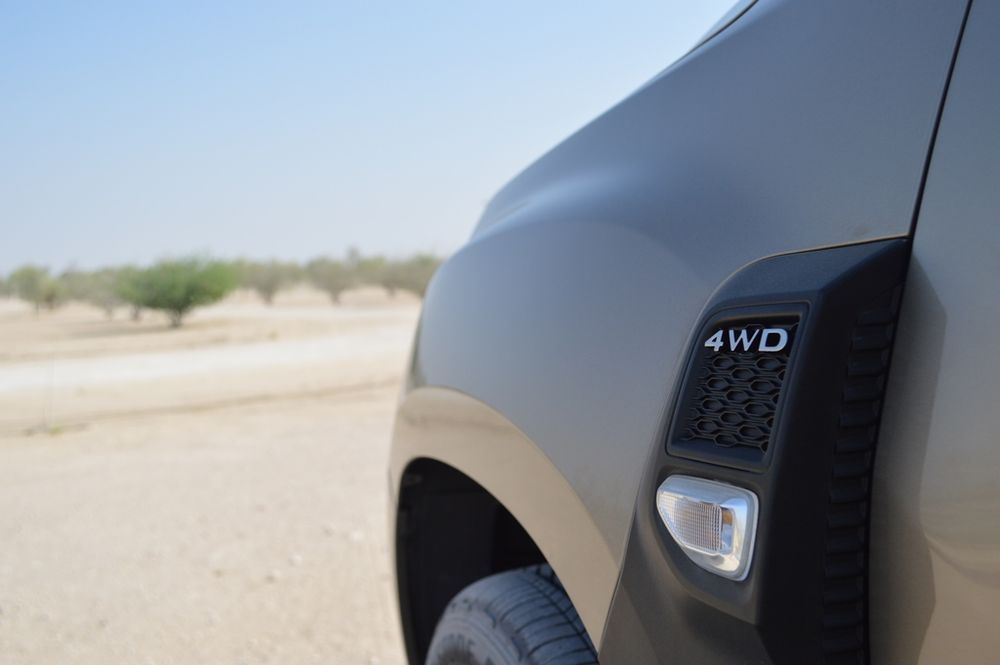 The Renault Duster has the advantage on power with its 2.0-liter engine producing a healthier 135 horsepower but that isn’t to say it’s perfect. The transmission is a dated 4-speed autobox that drones at highway speeds and works against in terms of fuel economy, averaging a higher 8.7-liters / 100-kilometers. However, while the Ford EcoSport is a Front Wheel Drive only offering, the Renault Duster can be taken off-road with a Four-Wheel Drive system and an electronically locking differential – a big plus for budget conscious adventurers. 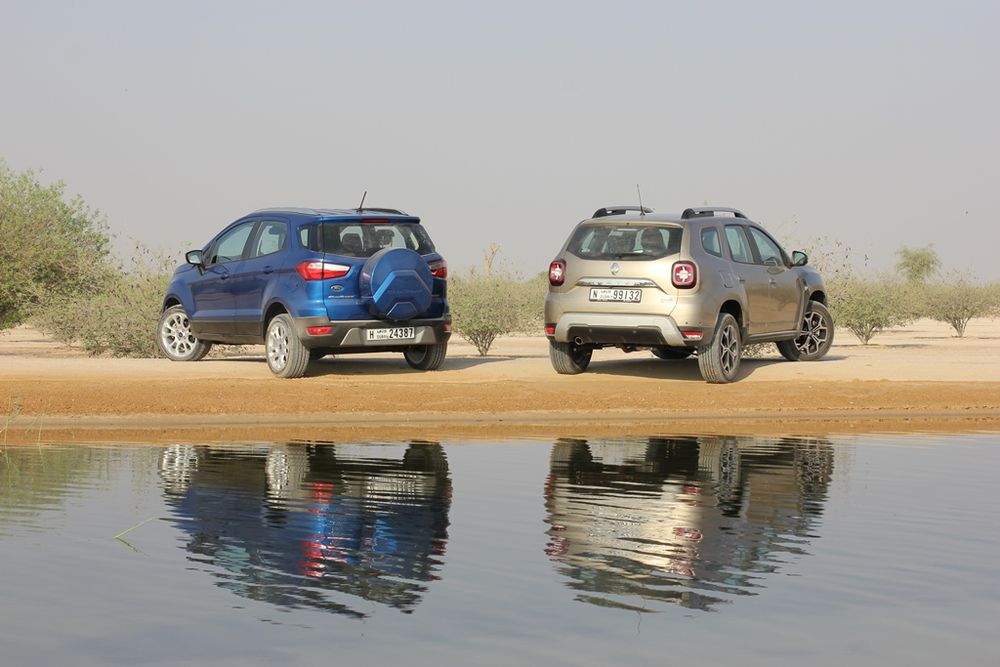 Although both cars put up a tough fight in terms of design, features, and driving dynamics, there is a clear winner when factoring the price of both vehicles. The Ford EcoSport at AED 93,500 is a shocking and unacceptable, while the fully-loaded Duster at AED 68,000 makes a much stronger and compelling case for itself.