The largest and nicest looking SUV in the Chinese automaker’s line-up, the Chery Tiggo7 is a feature-packed offering targeted towards those who are in search of the ultimate value for money proposition. Priced at an extremely affordable AED 69,900, the fully-loaded Tiggo7 puts pricier rivals such as the Hyundai Tucson and Kia Sportage in an uncomfortable position. 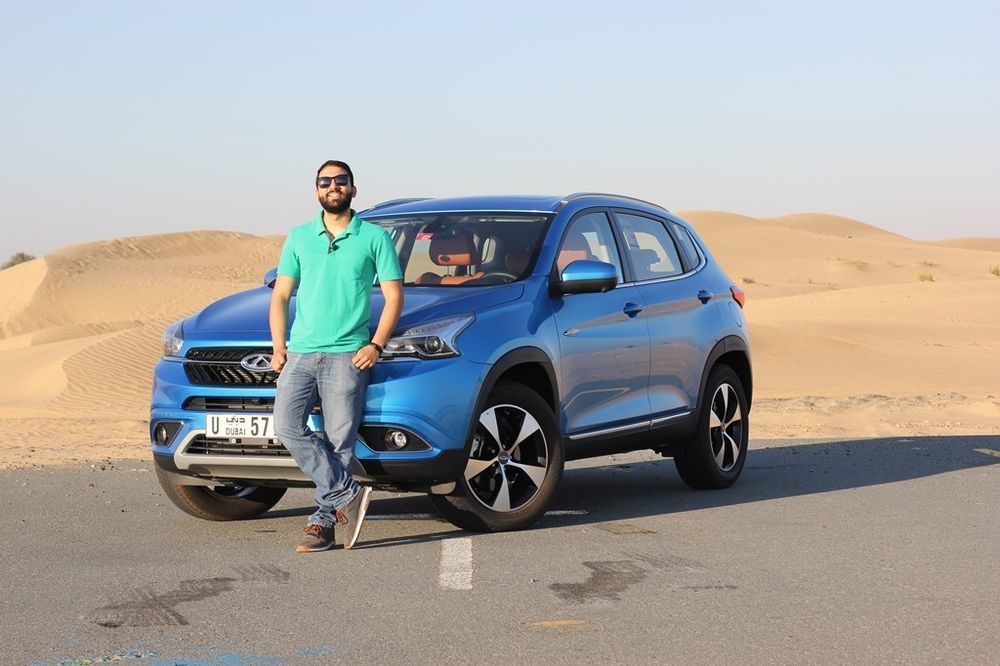 Although Chinese automobiles have developed a reputation for lacking a sense of creativity (by copying designs from various automakers) that isn’t the case with the Tiggo7. With stunning 18-inch wheels, boomerang-like headlamps and tiger claw inspired tail lamps, the Tiggo7 is a refreshing sight and unlike anything else in its segment. 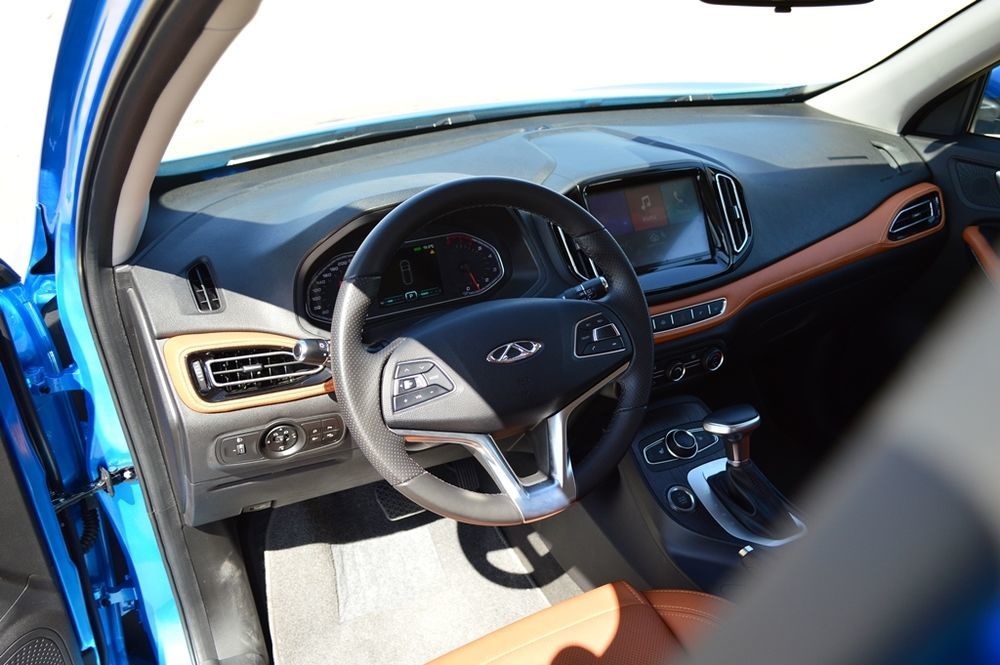 An interesting blend of tan leather and dark plastic, the cabin is very well put together and offers plenty of room for those seated in the front and back. While dark wood trim embellishes the center console and door panels, the impression of roominess is further heightened with a full-length panoramic roof and a 414-liter boot capacity that is in line with what the competition has to offer. 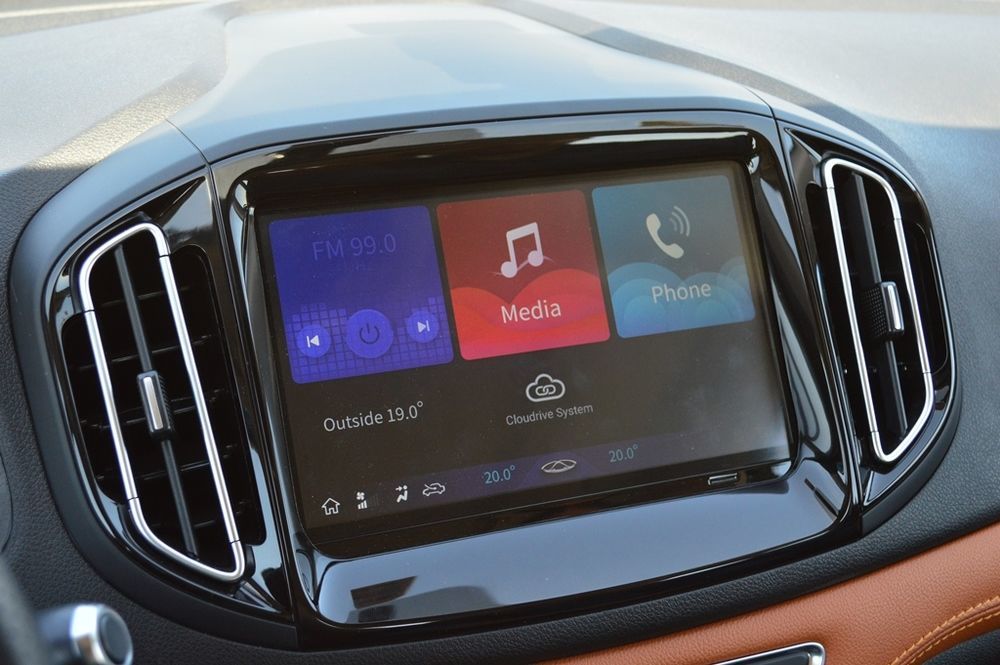 Following in the footsteps of its mainstream Korean rivals, the Chery Tiggo7 is a feature-laden offering that wears a modest price tag. Packing 6 airbags, a 360-degree Around View Monitor, a tire-pressure monitoring system, Cruise Control, Android Auto, and Apple CarPlay, it’s mighty impressive and is bound to come across as an interesting buy for the tech-inclined crowd. 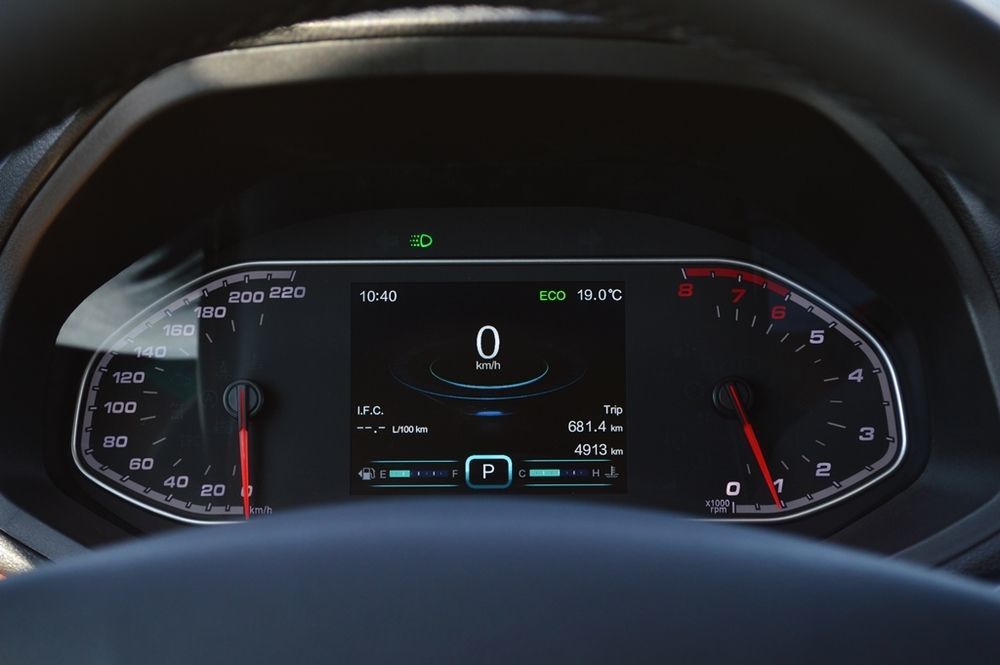 Arguably the Tiggo7’s weakest suit, is what’s hidden beneath its sloping hood. Although it boasts of a 6-speed Dual Clutch Transmission (like many performance cars out there), it doesn’t work quite as well when paired to an underpowered 1.5-liter turbocharged engine. Lurchy and lethargic when under 3,000 RPM, the transmission is slow to react and kills whatever little 145 horsepower and 210 Nm of torque the engine manages to produce.

When driven sedately and forgiving it for its sporting aspirations, the Tiggo7 makes for a good commuter car that is comfortable around town with an Eco drive mode and averages 10.3-liters for every 100 kilometers – about as much as you’d expect in a small hatchback or budget sedan. In addition to aids such as ABS, Electronic Brakeforce Distribution (EBD) and Hill Assist, the Tiggo7 is also armed with multiple sensors and an Around View Monitor that makes parking an absolute breeze. 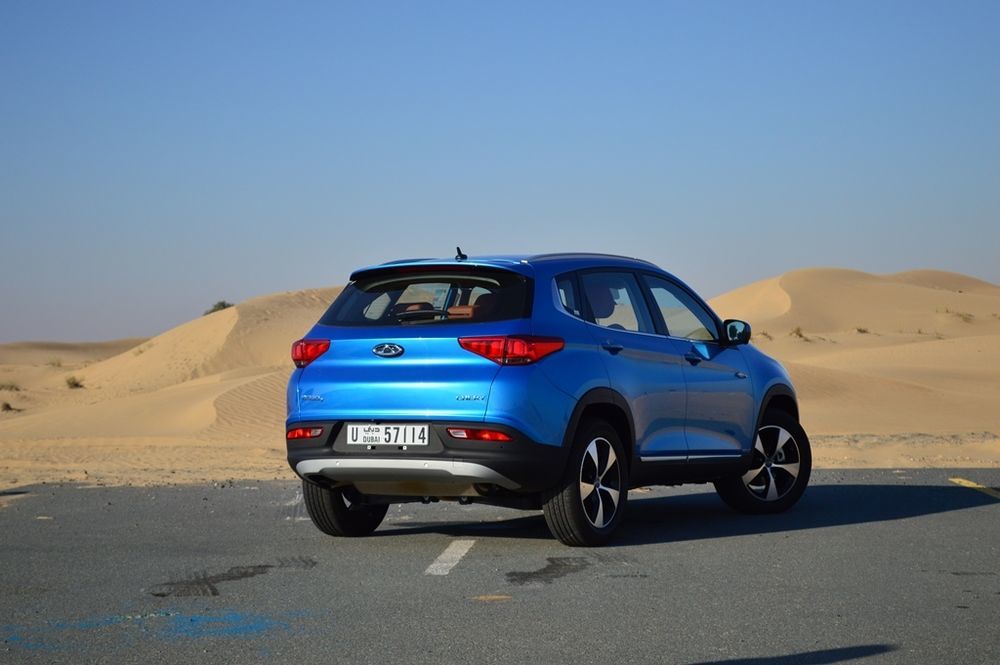 Gone are the days when Chinese automobiles were quirky, unlovable and frightening to look at. At 69,900 Dirhams, the Tiggo7 is hard to fault, especially if you factor in its price and look beyond its sporting aspirations. Although it might not be perfect just yet, what’s certain is that Chery is on the right path and the popularity of Chinese automobiles in the Middle East is bound to increase, for they’ve already nailed the formula, an eye-catching design, plenty of features, and a bargain price tag.

All new Hyundai Accent launched in the Middle East

Ford Expedition 2018 launched in the UAE