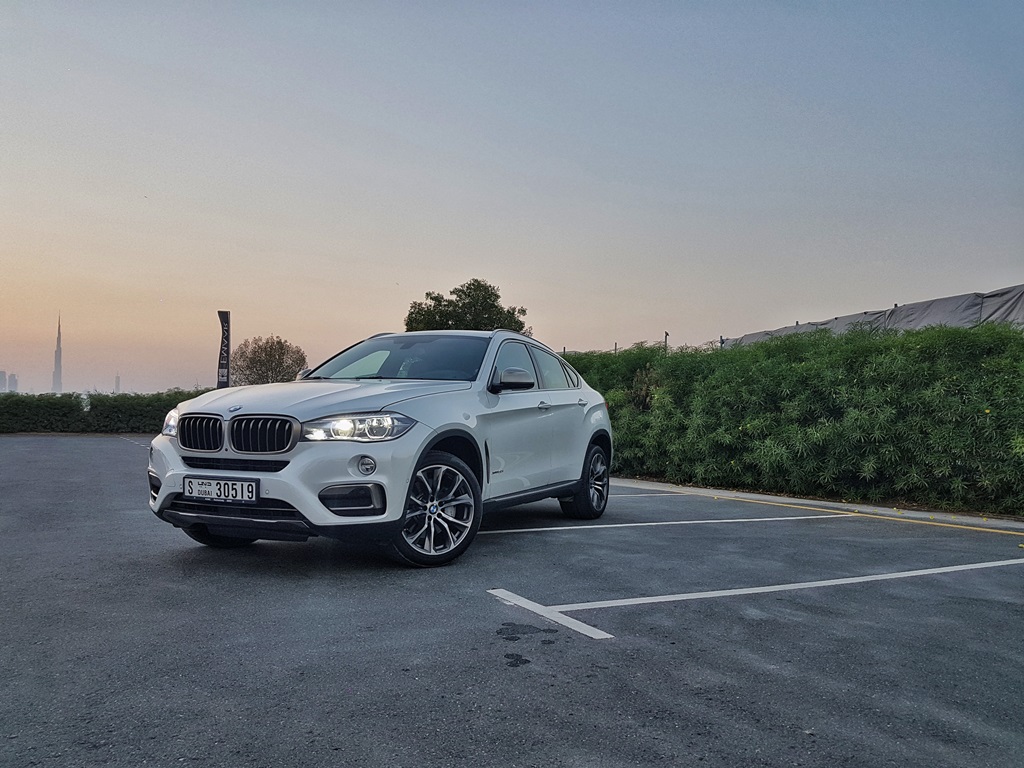 The BMW X6, a model that has been a part of the German automaker’s line-up since 2007, is credited with inventing an untapped niche in the automotive space. Combining the characteristics of an SUV with those of a Coupe, the X6 has spearheaded the creation of the Sports Activity Vehicle (SAV) – a segment that has proved mighty successful for the brand.

Targeted at those who value luxury and power in equal proportions, the BMW X6 is a mature offering that is likely to appeal to those with small families. The contours that embellish the bodywork, complement the aggressiveness of the vehicle and follow a very natural, seamless design philosophy. 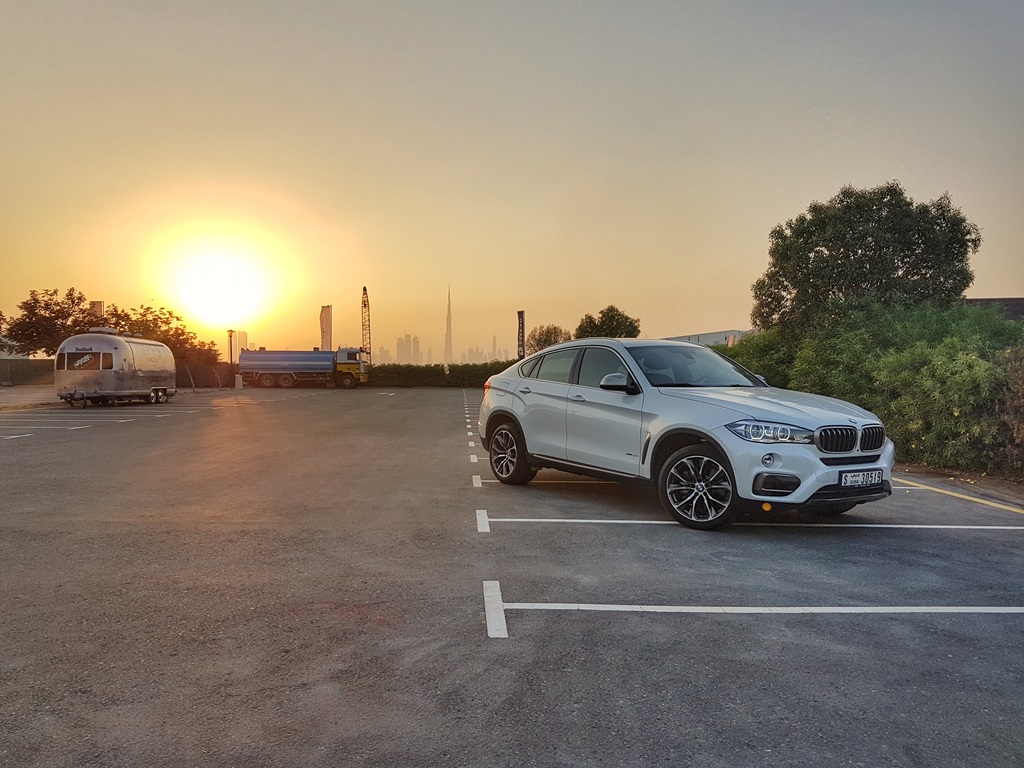 Sat on 20-inch alloys wrapped in 275/40 Pirelli P Zero tires, the BMW X6 is a stunner that has received a fair amount of criticism for its bulky rear. Like all things aesthetic, however, that’s merely subjective and nothing more.

Up front, the BMW X6 2016 has retained the adaptive headlights of its predecessor, and rightly so. Utilizing a variety of sensors, steering angle, and electric motors, the headlights cast their beam and illuminate even the darkest of alleys with ease.

Bedecked with premium leather and wood finishing, the Dark Wood panels found on the interior of the X6 complement the Aragon leather seats beautifully. With an ambient mood lighting system illuminating the cabin in one of three hues (blue, orange, white) the overall design is sporty, without sacrificing luxuriousness. 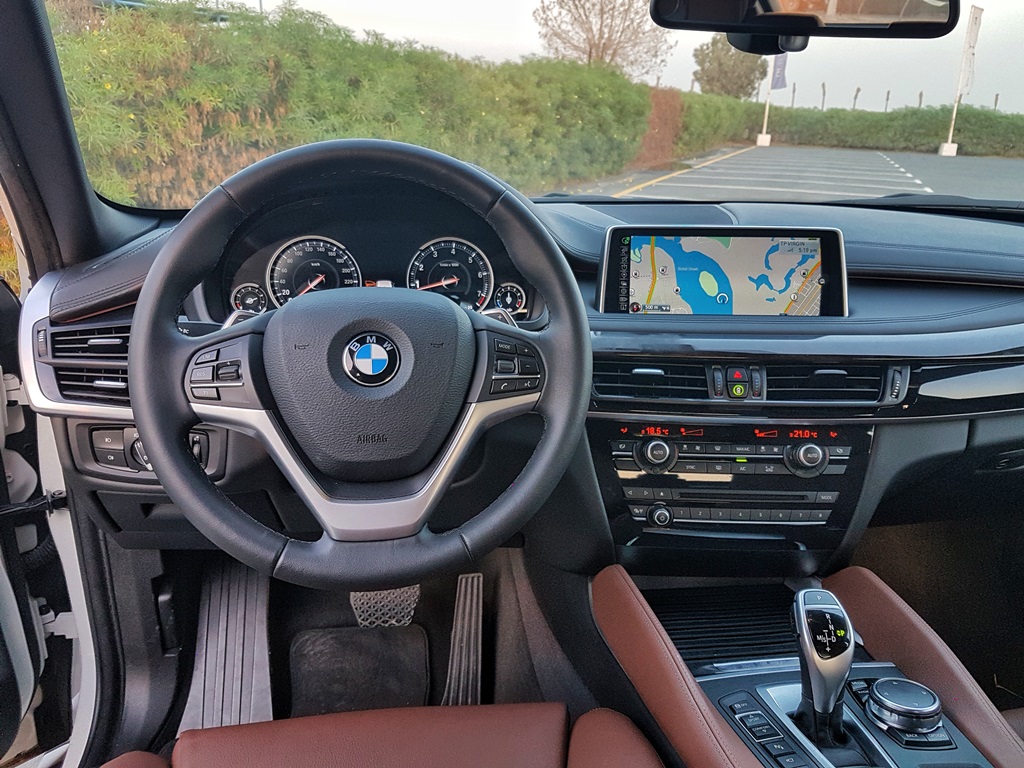 Headroom and legroom are both sufficient in the seats up front, but due to the seductive sloping roofline, the same can’t be claimed by rear seat occupants. Although the seating position is relatively comfortable, visibility is hindered due to an elevated dashboard, bulky dimensions, and a narrow rear window.

Although BMW have done away with the in-built ashtray in the cabin, the bigger issue resides with the Shift-By-Wire transmission that constantly restores to original position and ends up with drivers getting a little fumbled ever so often.

The hefty price tag that the BMW X6 carries, brings with it a bunch of technological goodies. Satellite Navigation, Adaptive Cruise Control, Adaptive Headlights, Bluetooth connectivity, and a premium sound system, are all standard affair. 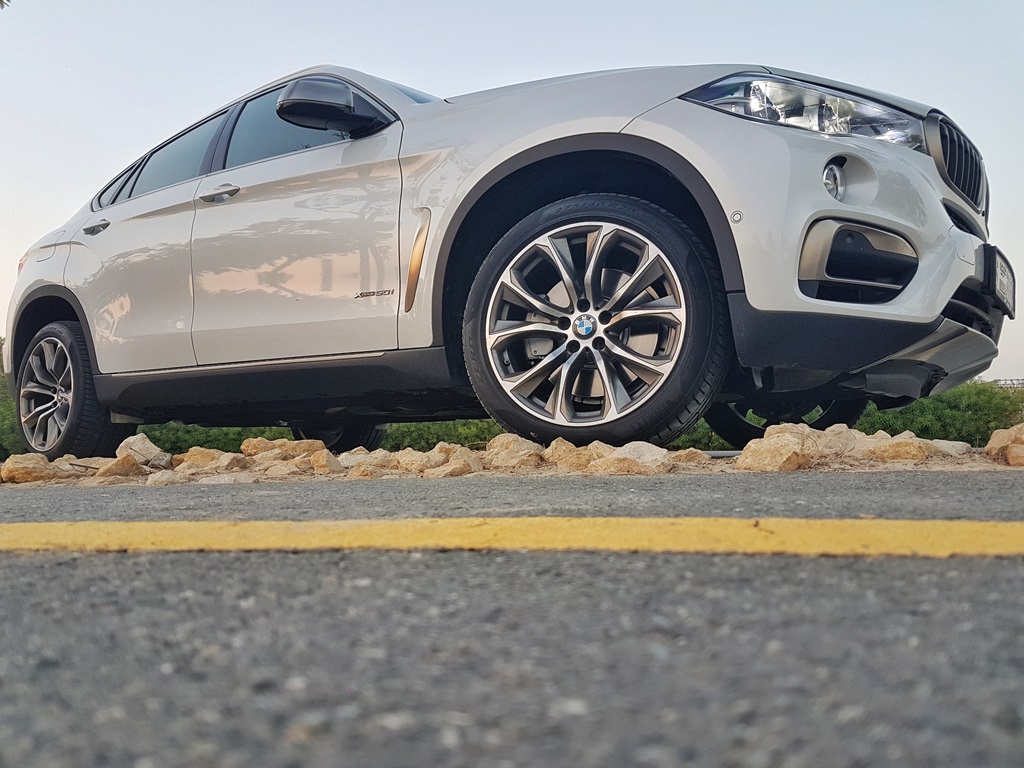 The sound system works very well, providing those within the cabin with a remarkable aural experience. What’s not to say, however, is that the X6 is perfect. Features such as a touch controller to type SMS messages, the lack of a seek button for the multimedia, and the positioning of the AUX jack, are all highly questionable moves.

Although the BMW X6 has never undergone a crash test either by Euro NCAP or the Insurance Institute of Highway Safety (IIHS), it is equipped with several air bags, electronic stability control, a tire-pressure monitoring system, and child-safe safety windows. It is worth mentioning, however, that in the entire cabin there are no handles as such for passengers to hold onto.

Powered by a 4.4-liter Bi-Turbo V8, the X6 with its 450 horsepower and 650 Nm of torque is a treat to drive enthusiastically. With barely any lag between the pedal and the power delivery, it’s thrilling, to say the least. 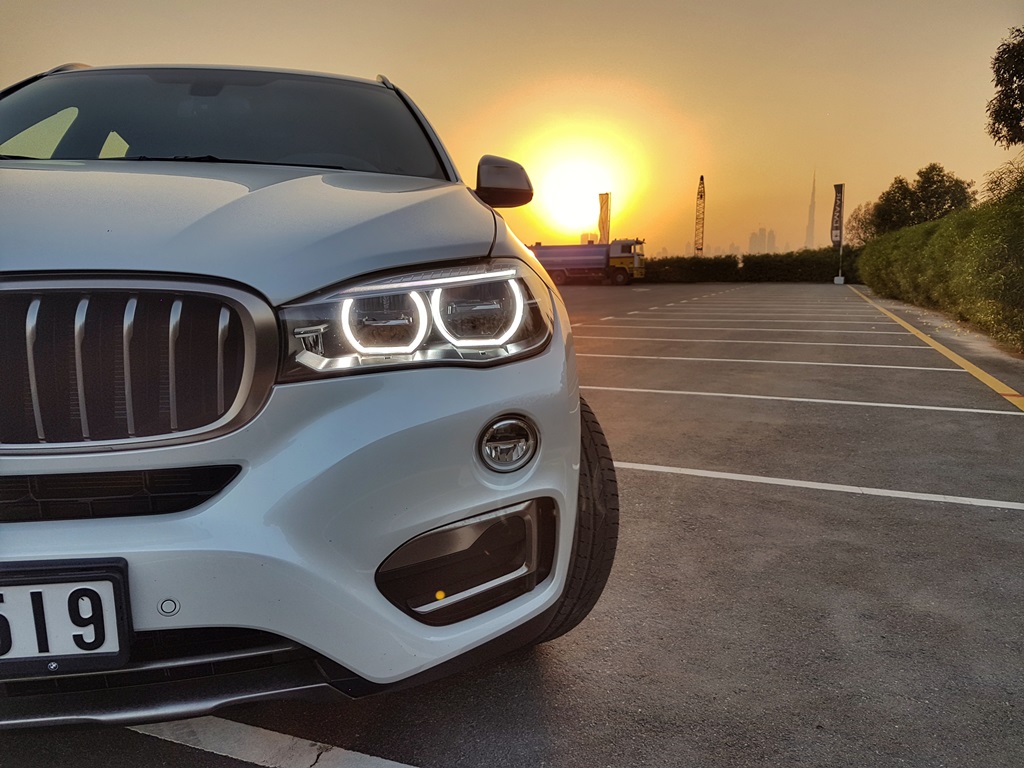 The responsive steering, complemented by a Tiptronic transmission offers for an engaging drive, one that is enjoyed irrespective of speed. And while the large brakes offer phenomenal stopping power, the stiffness of the suspension and gear-holding in Manual mode are both areas that require a little improvement.

Since 2009, the X6 has proved time and again that the niche it serves, very well exists. Made for the speed hungry, family-loving individuals who want practicality, style, and performance all wrapped in one, it’s an offering that is entitled to look down at others and bask in its own glory. 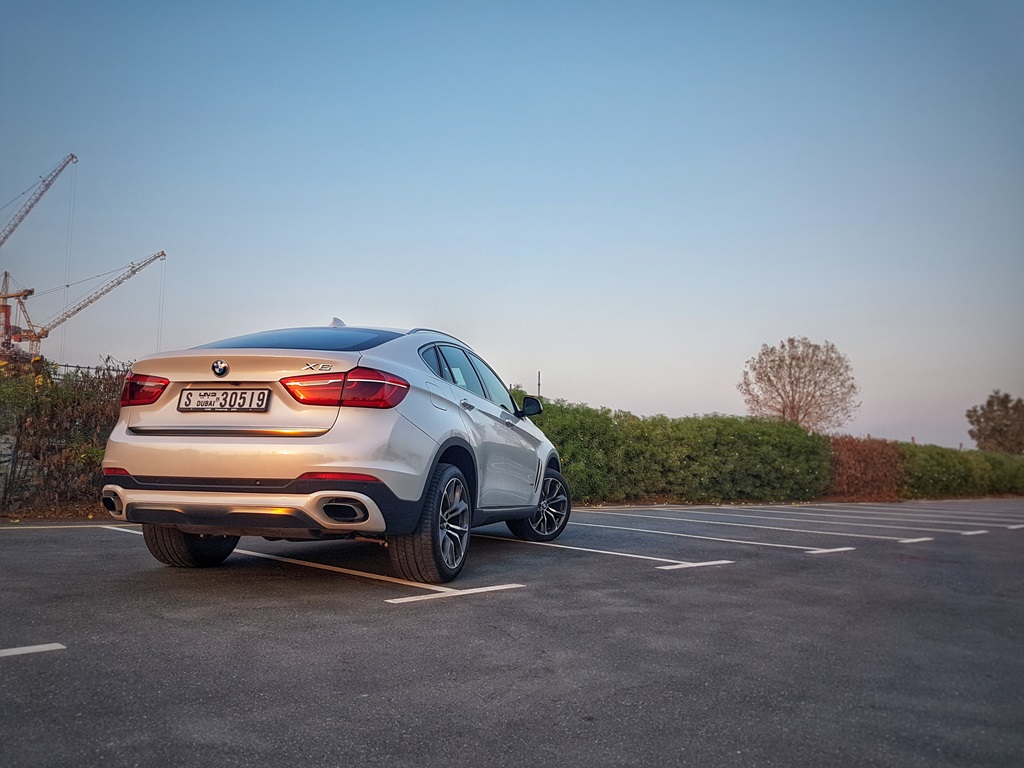 - A beautiful, premium interior with loads of technology

- Despite the car’s bulky exterior, the trunk is tad too small

- Difficult to get in and out of the back seat, sloping roofline might get in the way of tall passengers

- Lack of a touch-screen, certain controls like the volume knob are awkwardly placed

- Suspension is a little too soft