The Aston Martin DB11 is the successor to the gorgeous DB9 and is claimed to be the best Aston to be produced in the past ten years. Today, we’re going to find out if it has what it takes to go up against cars such the Bentley Continental GT, the Maserati GranTurismo, and the Porsche Panamera. 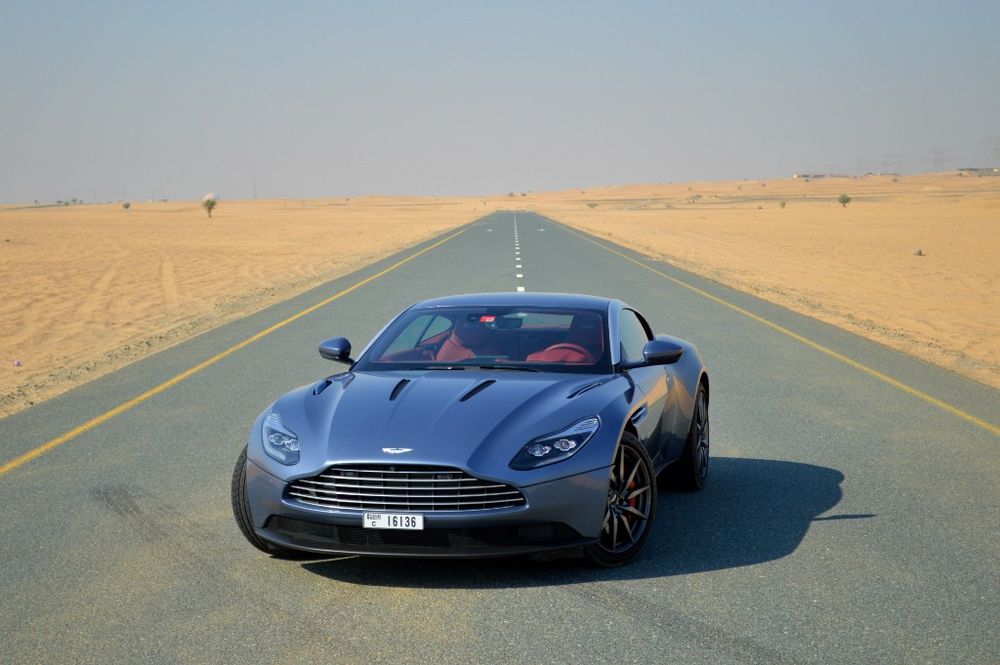 Design is a subjective topic and, in my opinion, the Aston Martin DB9 was the pinnacle of the brand’s line-up. I never imagined an Aston to be more beautiful than that, but I must say, they’ve done it. The DB11 looks like a proper Aston from every angle and there are numerous discreet details that add to its beauty.

For starters, the doors might not stand out when closed, but are hinged at a 30-degree angle, meaning they open outwards but also a little upwards. They’re also power assisted, so despite them looking heavy, they’re extremely easy to open and close.

Speaking of being easy to open and close, the DB11 is armed with a rather unique clamshell hood. It opens with as much drama as any clamshell hood, but it’s got suction for easy closing. We’ve seen suction doors on several luxury cars now, but a suction hood? I’m pretty sure this is the first! 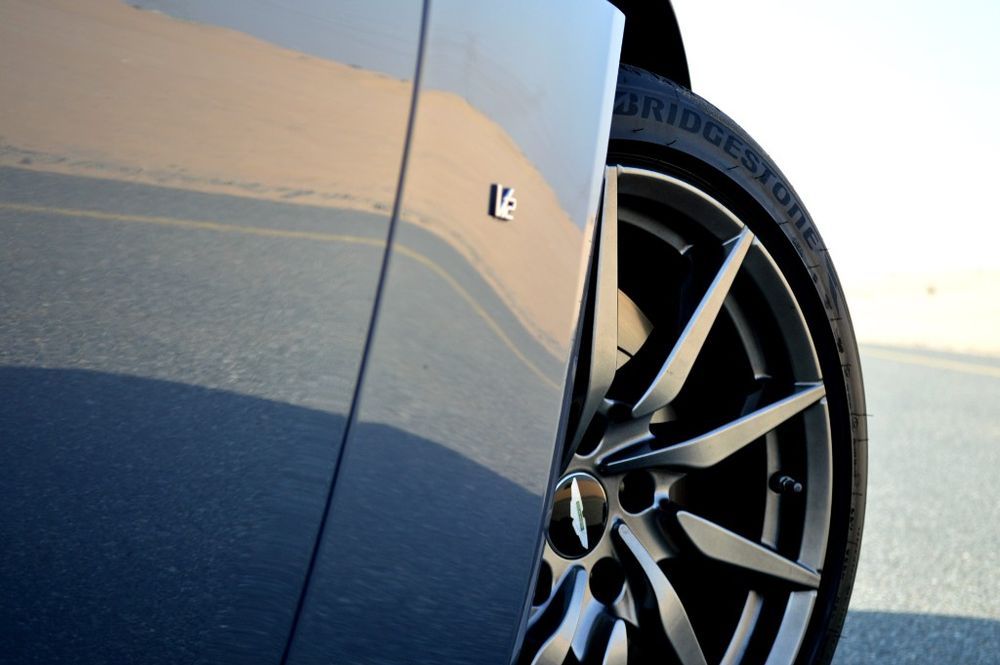 From a styling perspective, the DB11 has a long and low silhouette and rocks a floating roof design. The AeroBlade, which is essentially the gap beside the window, keeps with the elegance of it all and channels air through the blade and out the back. It creates the same downforce without the need for a huge wing ruining the design.

Finally, the Aston Martin brand has always been linked to James Bond and it’s something they don’t shy away from. In fact, the relationship with the James Bond franchise runs so deep that the DB10 nameplate is reserved for the one-off car created for the film Spectre. And the Bridgestone tires found on this very car are codenamed Potenza S007. 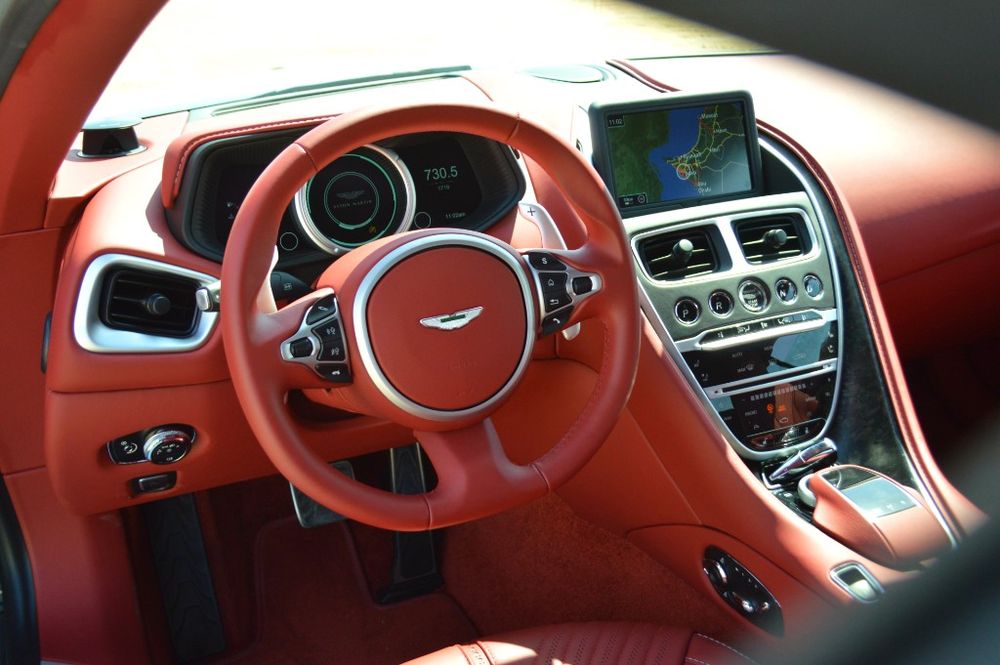 Much like the exterior, the interior is breathtaking with leather covering everything. Seats, leather. Door panels, leather. Dashboard, leather. Steering wheel, leather. Roof liner, leather. Sun visors, leather! But more than the material itself, it is the quality of it all that is truly impressive.

Speaking of quality and in the DB11 specifically, I must point out that the President and Group CEO of Aston Martin, Dr. Andy Palmer, personally inspected the first 1,000 cars to roll off the production line. Reports also suggest that since this was done after work hours, there were nights he slept in the factory and that’s dedication not a lot of other CEOs have. 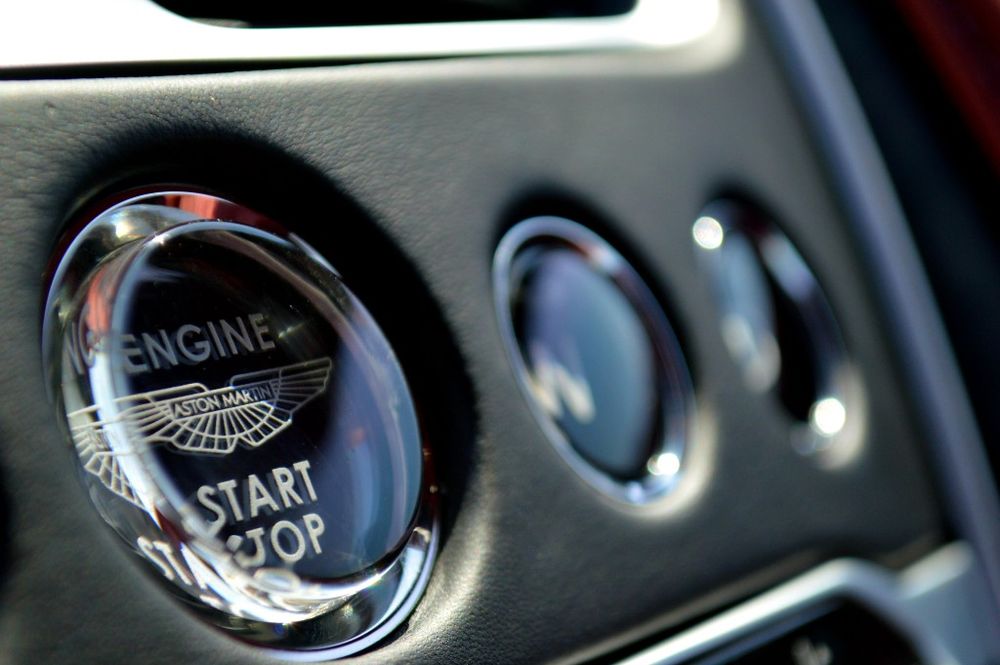 I mean imagine Bill Gates personally going over every line of code written for the new Windows operating system, or Doug McMillion personally stocking shelves at Walmart to ensure products have the perfect placement. It’s unheard of, it’s commendable, and for that, massive respect to you, Andy. 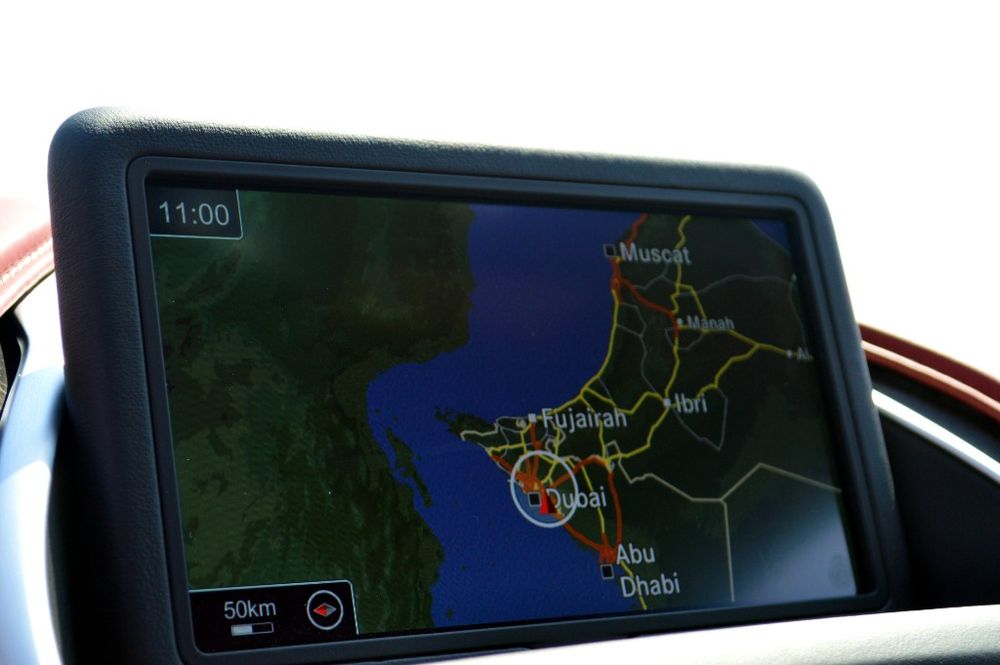 Like most ultra-luxury cars, the feature list of the Aston Martin DB11 is extensive and only ends where your imagination does. Despite being focused on the driving experience, the DB11 is armed with plenty of cool tech. We’re talking 1,000-Watt Bang & Olufsen speakers lifting out of the dashboard, 360-degree cameras, ventilated seats, touch sensitive volume and A/C controls, and an electronically opening and closing center storage box – again a first that I’ve never seen before. 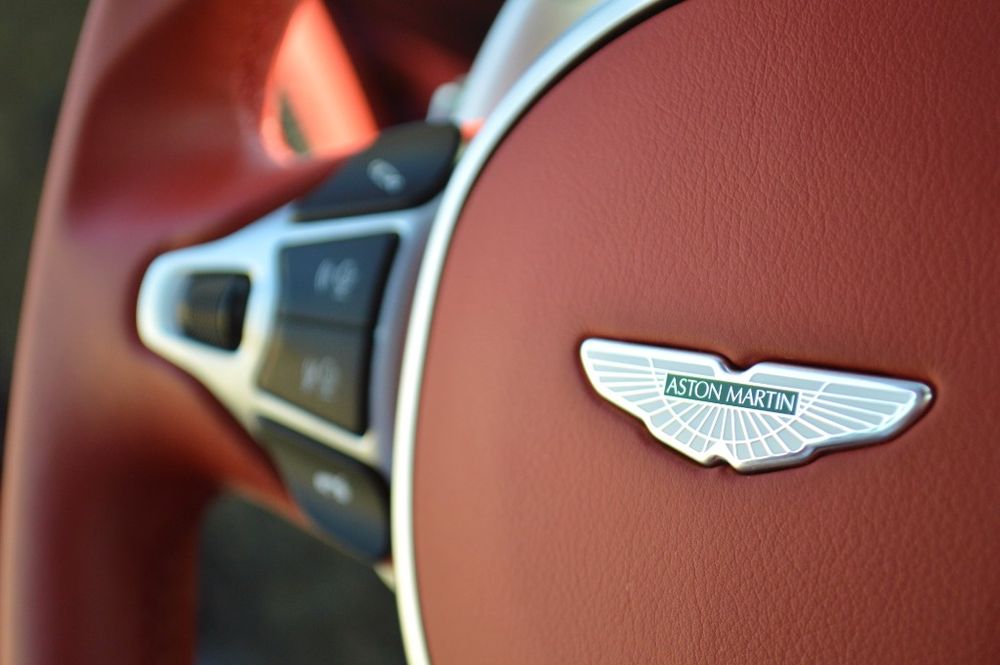 By now you’ve probably gathered that the Aston Martin DB11 is a pretty special car. The fact that it has a V12 engine under the hood, makes it even more special, and although Aston Martin say it’s more of a grand tourer than a sports car, I’m not so sure, but the figures speak for themselves.

600 horsepower, 700 Nm of torque, 0 to 100 km/h in 3.9-seconds and a top speed of 322 km/h are definitely more sports car than grand tourer in my books. Adding to that, the DB11 is also the most powerful production DB model made to date.

To drive, the DB11 is thrilling, it’s hair-raising, it’s everything you’d expect a 5.2-liter twin-turbo V12 to be and since it sends all its power through an 8-speed ZF gearbox to the rear wheels, it’s more than happy to kick its tail out at the slightest press of the accelerator, which instead of scaring you, reveals how well balanced the car truly is. 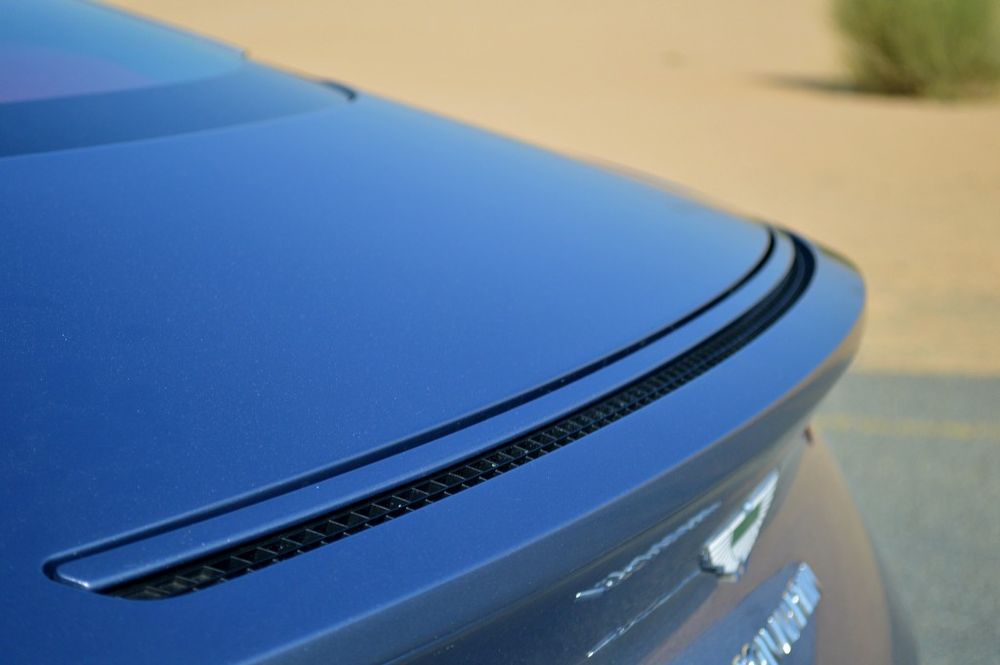 What’s worth noting is that even in Sport+ mode, the exhaust doesn’t have the obnoxious crackle or pop you’d find in something like a Maserati or a Porsche, instead it’s got a deep growl to match its sophisticated persona and sounds absolutely magnificent when pushed to its limits! 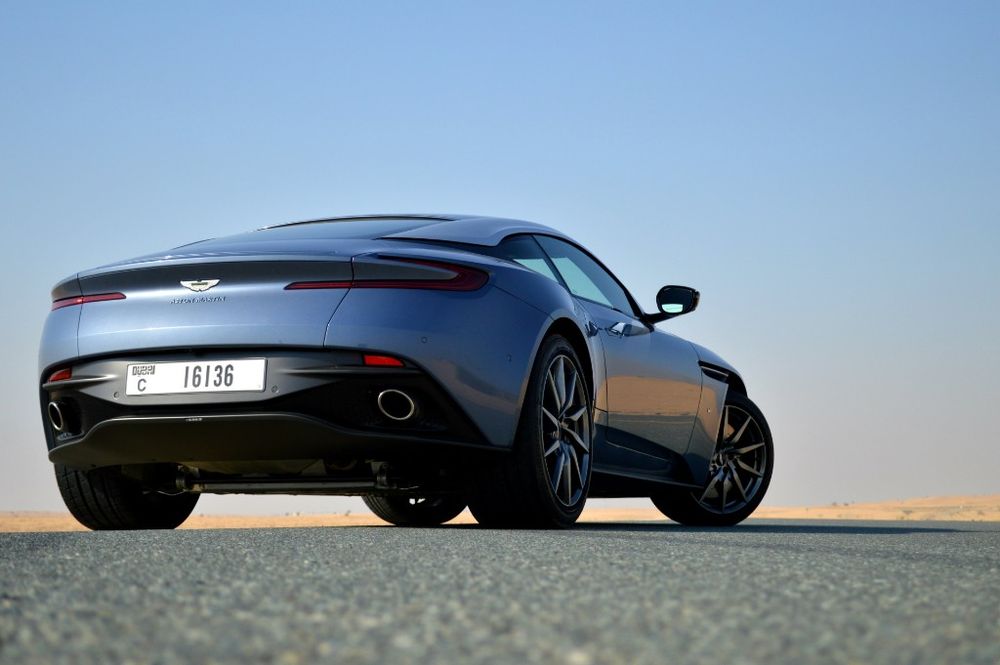 At the start of this review I set out to discover if the Aston Martin DB11 could match the Bentley Continental GT, the Maserati GranTurismo, and the Porsche Panamera, but the more time I spent with it and the more I drove it, I discovered it’s a unique blend of all three cars. It’s as luxurious as the Bentley Continental GT, it’s as exciting to drive as the Maserati GranTurismo and it’s built as well as the Porsche Panamera. But there is one more aspect and that’s exclusivity, which as you can imagine, is ruled by the Aston.

An overview of the Land Rover Range Rover Sport 2019

The Coolest Cars at the Geneva Motor Show 2019