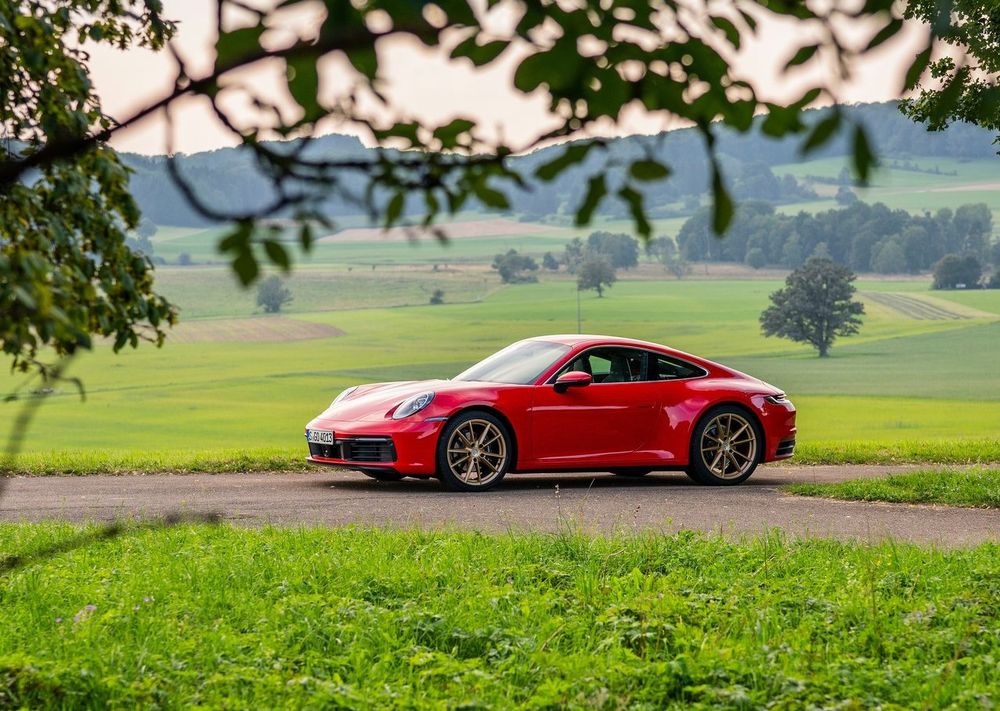 The Porsche 911 has been around since the early 1960s, and is one of the most recognizable and successful sports cars ever made. Till date, Porsche has sold more than a million 911s! The 911 has always been famous for its practical yet enthralling performance, and in the past decade or so, the Stuttgart-based automaker has not only incorporated modern, state-of-the-art technology into the 911, but they have also been consistently improving their signature model to perform even better. The Porsche 911 series has long been offered in coupe and cabriolet forms (among others), and the all-new 2020 incarnation of Porsche’s long-standing nameplate is no exception to this rule.

Just like its predecessor did before it, the 2020 Porsche 911 will be armed to compete against the likes of the Lamborghini Huracan, Ferrari 488 GTB, Audi R8, Jaguar F-Type, and even the infamous Nissan GT-R. While all of these cars are excellent in their own right, the Porsche 911 stands in a league of its own. The 911 comes with decades of history, superb racing pedigree and a glamorous list of celebrity owners -- it really is one of the most accomplished sports cars in the world. In the UAE, the 2020 Porsche 911 will be available in eight different variants/versions, in coupe and cabriolet avatars.

If you are one of those eagle-eyed car enthusiasts that know everything there is to know about the world of Porsche 911s, then identifying each new generation of this hallowed car will be child’s play. That’s somewhat true with this 992 series of the 911 as well; the changes aren’t groundbreaking, but given enough time, most people would be able to make them out. Some of the 2020 911’s most distinctive design alterations come in the form of its revised headlamps with flatter fascias, new wedge-shaped front trunk lid, wider stance courtesy of a wider track, and larger fender flares.

The design tweaks at the rear of the latest 911 are showcased by a larger and better integrated spoiler, repositioned third brake light and wider hips. Apart from these minor touches, there really aren’t any big visual modifications to spot. Then again, the Porsche 911’s silhouette has never actually changed drastically in all these decades -- Porsche sure isn’t going to start that now. As for its dimensions, the 2020 Porsche 911 (Carrera) comes in at 4.519 meters in length, 1.852 meters in width, 1.298 meters in height, and has a wheelbase of 2.450 meters. 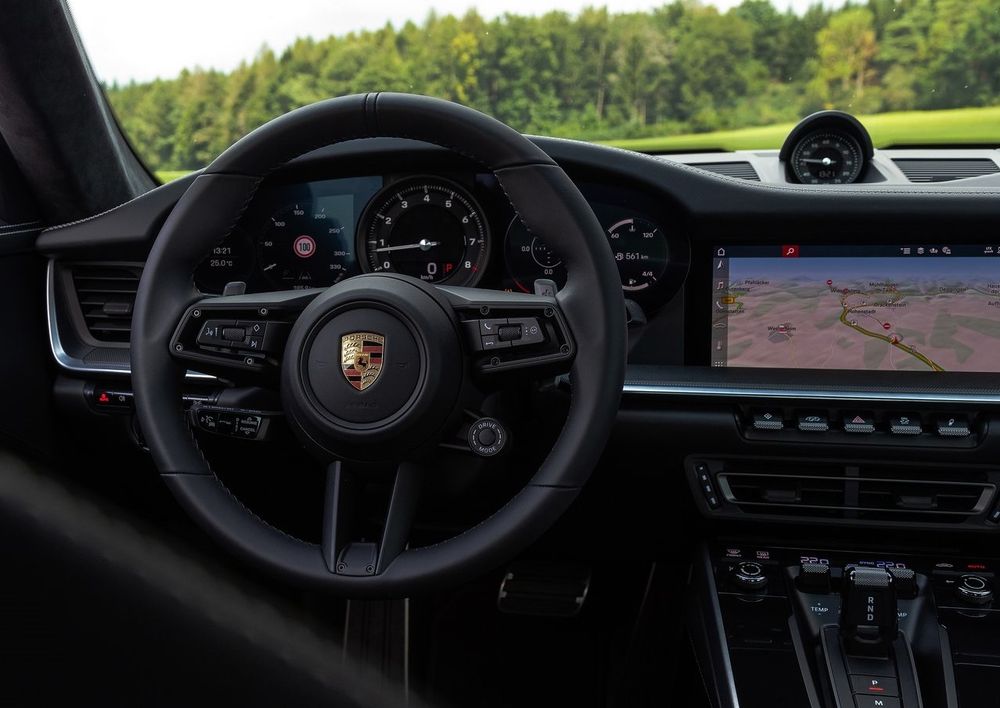 Compared to the previous-generation 911 (and the current one’s exterior), the interior of the all-new 992 series is visibly different and affords a lot more modernity as well. First seen in last year’s 911, the cockpit looks quite futuristic and will feel like a haven for those who love their gadgets. The center of the dash is dominated by a huge 10.9-inch touch-infotainment head unit, while the expansive instrument panel is mostly all-digital, save for the Porsche-favorite center-mounted analogue rev counter, of course.

The new layout of the dash also sees piano-style toggle keys, repositioned center air vents and new trim inlays. Then there’s the petite gear lever, upgraded HVAC controls and a less cluttered aisle stack. Build quality, fit-and-finish, and material choices are all top-notch. Meanwhile, the front seats are very comfortable and supportive, with plenty of room for two adults. Of course, the rear bench is pretty useless as always. However, who cares?

The entry-level Carrera variant comes with a 3.0-liter twin-turbo flat-six engine that develops 385hp and 450Nm of torque, driving the rear wheels via an 8-speed dual-clutch PDK transmission. This setup allows for a 0-100 km/h time of 4.2 seconds a top whack of 291 km/h. Meanwhile, the higher-strung Carrera 4S makes 450hp and 530Nm from its 3.0-liter powerplant, but now commands all four wheels. The Carrera 4S variant of the 2020 Porsche 911 can make it to the ton-mark in just 3.6 seconds, whilst maximum velocity now climbs to 306 km/h. 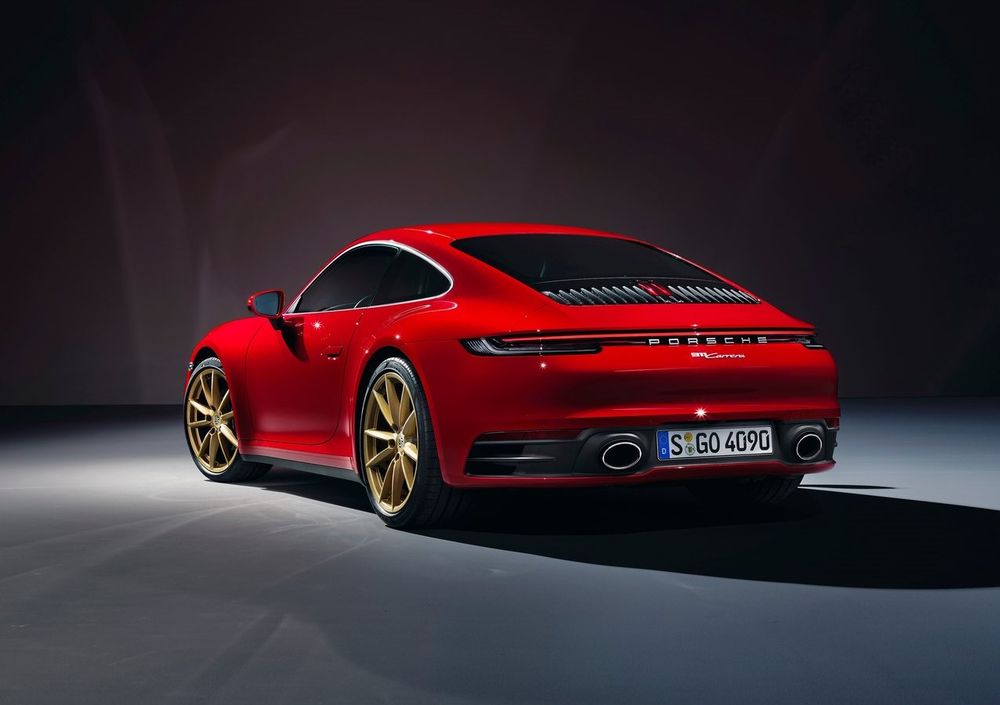 The 2020 Porsche 911 range is priced at between AED 398,800 to AED 549,600 here in the UAE. And with financing options starting from AED 6,216, the latest of the breed is one of the best cars to hail from Deutschland. The new Porsche 911 continues to be a thoroughbred, well-mannered, well-built, and brilliantly engineered sports car.