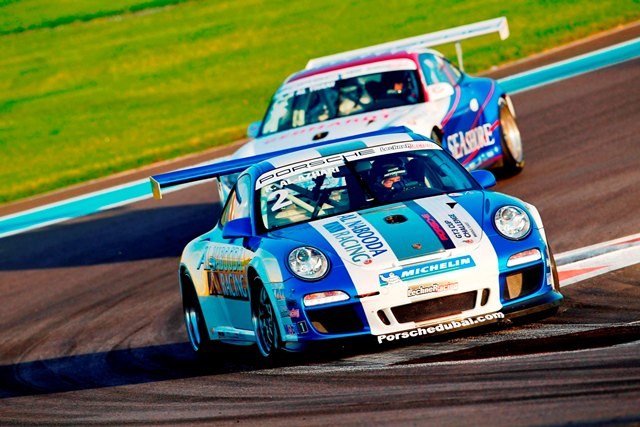 Dubai. Al Nabooda Racing aims to extract the most out of home advantage at Dubai Autodrome this weekend to reinforce their bid for a team championship triumph in the Porsche GT3 Cup Challenge Middle East.

The newly-formed partnership of Karim Al Azhari and Clemens Schmid has given the Dubai-based outfit an impressive start to the season, and they hold a seven-point lead in the team title race as the Porsche one-make series heads for the half way point.

Al Azhari in particular is relishing the return of the Middle East’s leading circuit race series to Dubai Autodrome for Rounds 5-6 on Thursday and Friday.

“It’s my home circuit, and I’ve had a lot of success there,” he said. “I won the first championship that was run there – the Gulf Radical series – with Al Nabooda Racing in 2005, and I have a lot of good memories of racing there.

“It’s a very fast and very technical circuit and I feel it suits me very much. But it won’t be easy at the weekend as all the other drivers know the circuit well and I’ll be driving a GT3 cup there for the first time.”

Abu Dhabi-born Al Azhari was elated after recording pole position for Round 3 on Friday, the first time he had topped qualifying in the series. He eventually had to settle for second place behind defending individual champion Abdulaziz Al Faisal, but is full of confidence and aims to carry his form forward to Dubai.

“I’m really pumped for this weekend,” he said. “It was great to get my first pole position at Yas Marina Circuit and I’m happy to be playing my part in keeping us on top in the team championship.”

Schmid also has a particular liking for the Autodrome, as it was there last season that he marked his debut in the Porsche GT3 Cup series with his first of six race victories in the 2011-12 campaign from his first of nine pole positions.

He is particularly eager to reproduce that kind of form after a double setback at Yas Marina Circuit last weekend where a broken gear cable cost him victory in Round 3 and a spin 24 hours later saw him drop from contention to fifth place. 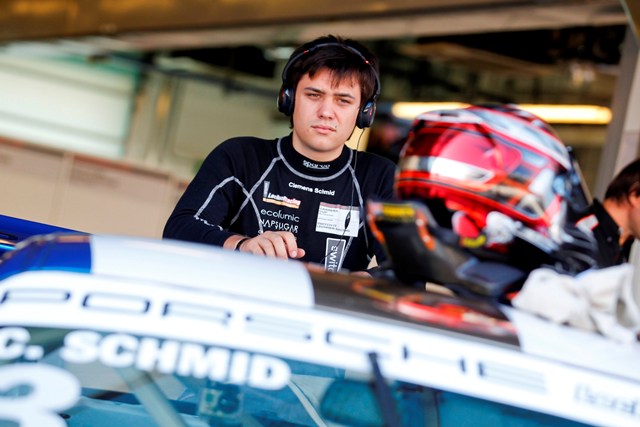 “I like the Autodrome circuit because it’s a difficult track,” said Schmid. “It’s slippery in places because of the sand, and there are fast and slow corners, so the set up of the car is always a compromise. What happened last weekend is behind me now and we’ll be looking to win the team race in Dubai, and both get on the podium.”

Vijay Rao, Team Manager of Al Nabooda Racing, and General Manager, Porsche Centre Dubai, Al Nabooda Automobiles, said: “The team title remains the priority, but that mission will be helped if Schmid can regain the lead in the drivers’ championship from Al Faisal, who leads the challenge of closest rivals Saudi Falcons.”