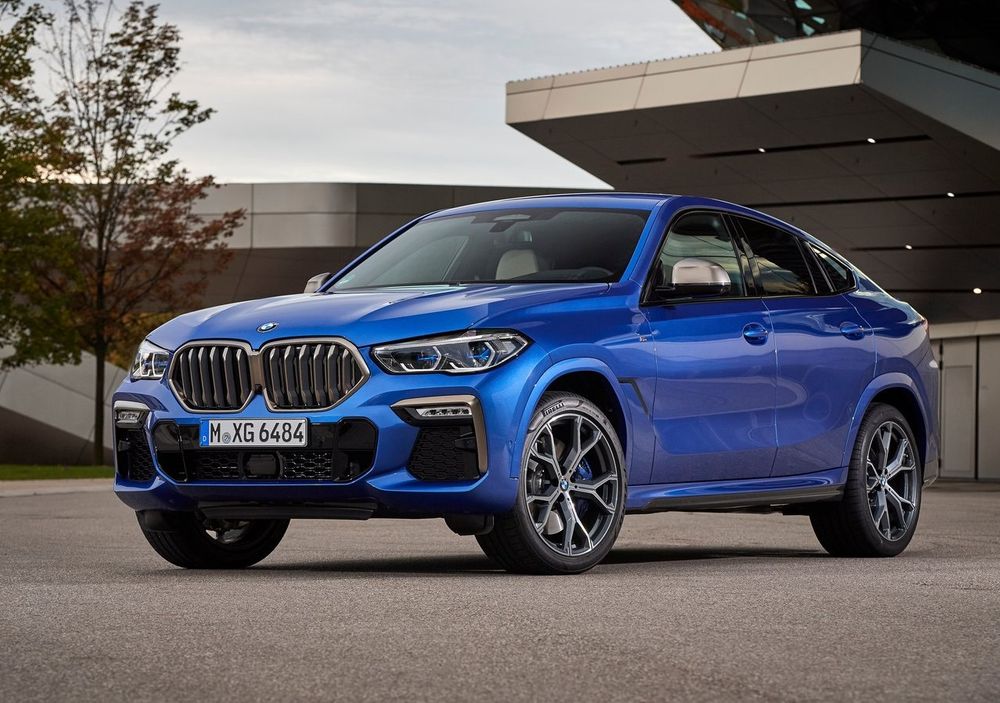 While a bit controversial due to its design and positively upmarket pricing, the BMW X6 has been, nonetheless, well-liked among luxury SUV buyers all over the world since the model’s initial launch back in 2008. The Bavarian luxury auto giant is world-famous for producing some of the most sought after and popular cars in the market – even more so if the models in question belong to the brand’s X series of Sport Activity Vehicles or SAVs. The X6 sits almost at the top of that list, providing discerning customers with excellent performance on-road, a sporty and well-tuned chassis that’s matched to an extremely capable xDrive all-wheel-drive system, all of which make the X6 a blast to drive.

On top of all that, the BMW X6 is loaded to the gills with some of the most high-tech and modern features and safety kit to ensure that you don’t end up in some ditch. Over the years, BMW has been tweaking the X6’s rather opinionated exterior styling to make it much more palatable for more people who walk into one of their showrooms. The brand-new, third-generation BMW X6 was officially revealed in July 2019 as the G06 iteration. The midsize luxury SUV goes up against other battle-hardened veterans like the Land Rover Range Rover Sport, Mercedes-Benz GLE Coupe, Audi Q8, and Porsche Cayenne Coupe.

If you are one of those who aren’t entirely convinced by SUV coupes, then something like the X5 might be the way to, as the X6 unabashedly sticks to its polarizing design genes. However, if you thought that the previous-gen versions of the X6 were a sight for sore eyes, then you will certainly fall in love with the evidently more ‘grown-up’ styling of this new one. Starting at the front, the face of the all-new BMW X6 looks almost exactly like that of its X5 sibling – the kidney grille is just as prominent, while the chiseled hood, sleek & sophisticated headlamps, and ‘aggressiveness’ is written all over the front bumper to emphasize the X6’s sporting persona.

As expected, the side silhouette of the BMW X6 is where you get to see the nameplate’s famously sloping roofline, large alloy rims, and even more pronounced wheel arches. From some angles, the muscular and hunched posture of the X6 can even come across as being quite attractive – yes, I’m aware of what I just said. However, once you reach the posterior of the new X6, the design, to me at least, kind of falls apart. While the earlier car wasn’t too well-proportioned, this new one takes the goofiness factor to an entirely different level, altogether. Anyway, there are some really cool LED tail lamps, chrome dual-exhaust tips, and even a subtle but functional rear spoiler. 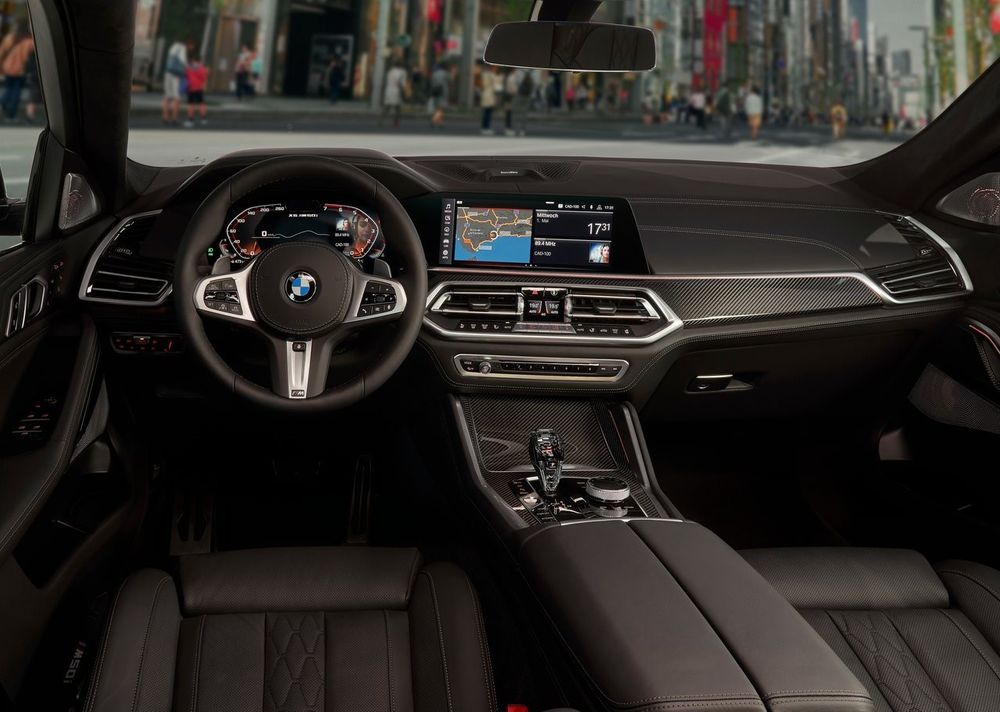 Just as with the new X5, the cabin of the all-new BMW X6 looks absolutely right on the money, in terms of its design and sophistication. All of the contact points and trim pieces feel really expensive and posh – as they should at this price – with no sign of cost-cutting or cheapness to be found anywhere. The sporty seats feel really nice to the touch and to sit on, of course, while the driver-centric design of the cockpit will leave you very little room to complain. In fact, due to the sloping roof and a steeply-raked front and rear windshield, the X6 can certainly fool anyone into thinking that they are inside a raised sports car instead of an SUV. Then again, that’s the whole point here.

Technology on the 2020 BMW X6 has you well covered, with features such as laser headlamps, adaptive sports dampers, LED mood lighting, a 12.3-inch fully-digital driver’s display & infotainment head unit, a banging Harmon/Kardon premium audio system, adaptive cruise control and plenty more. Overall, the new BMW X6 is superbly-equipped, comfortable, well-made, and offers good legroom for adults in the back – albeit with some compromise on the headroom.

The xDrive40i variant of the 2020 BMW X6 uses a 3.0-liter turbocharged six-cylinder engine that pushes out 340 hp along with 450 Nm of shove. Mated to a ZF 8-speed automatic gearbox, the xDrive40i will get past 100 km/h in a mere 5.5 seconds. Meanwhile, top speed here is electronically-limited to 250 km/h. 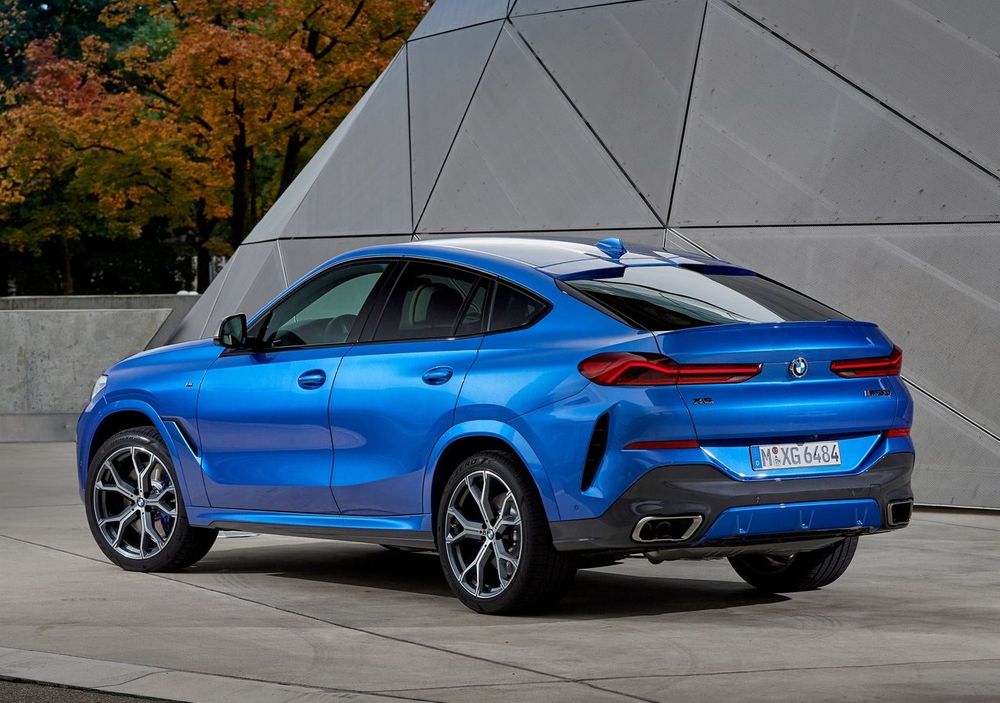 While the official prices aren’t out yet, you can definitely expect to pay a premium over the outgoing model. But with keeping in mind the new X6’s improved ride quality, even more technology and comfort, rapid performance, up-to-date safety equipment and features, there isn’t much wrong with this Sports Activity Vehicle that needs pointing out.