A brief overview of the all new 2020 Cadillac CT5 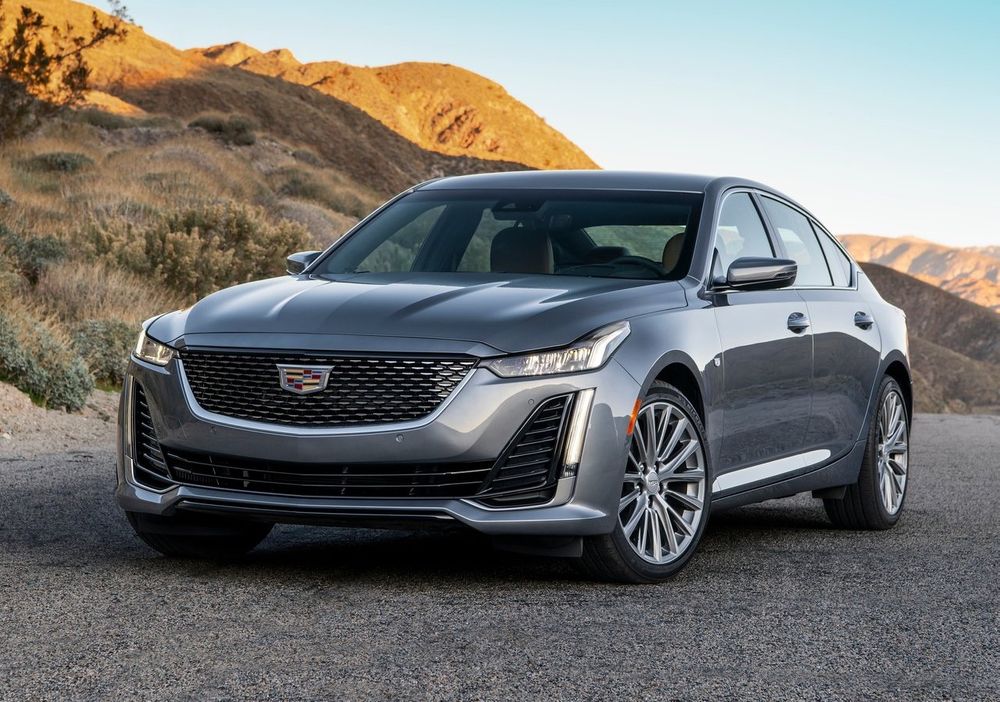 In the recent years, coupe-inspired designs on regular family sedans have really caught the attention of car buyers. Today, these stylish, elegant-looking cars occupy several genres, spanning multiple price brackets – with a vast majority of these models found in the midsize segment. One of the latest of the breeds to join the gang of uber-stylish midsize sedans is the spanking-new 2020 Cadillac CT5. Splashing onto the scene at last year’s New York International Auto Show and based on the American giant’s versatile Alpha 2 architecture, the CT5 shares its basic underpinnings with the likes of the smaller Cadillac CT4 and the all-new Chevy Camaro.

With the CT5, GM’s posh arm aims to build on the erstwhile CTS’s success by upping their game in the luxury sedan market by offering future-proof technology and features, efficient drivetrain, more comfort and interior space, and an eye-catching exterior design. In markets such as the Middle East, the Cadillac CT5 is gunning for well-established rivals like the Audi A4, BMW 3-Series, Mercedes-Benz C-Class, Jaguar XE and Lexus IS.

When choosing a car in this part of the luxury segment, its exterior design simply cannot be overlooked – a factor that Cadillac hasn’t left on the sidewalk. The suave appearance of the new CT5 exudes panache and sophistication without sacrificing any of the charm and modernity expected of the American upscale automaker. Upfront, the extended hood meets the upswept headlamps and chiseled bumper quite seamlessly. The lower portion of the front bumper also looks sporty, thanks to the aggressive styling and sharp angles.

The biggest and most observable highlight on the side profile of the new CT5 comes from that svelte, sloping roof which follows a typical ‘fastback’ design language and flow. The composed yet sporty posture of this coupe-Esque sedan definitely provides onlookers with enough eye-candy as you drive by. The steeply-sloped backend of the CT5 carries forward the rest of the sedan’s charming appearance with design touches such as an integrated rear spoiler, ultra-modern looking 3D LED tail lamp units, and a Cadillac-trademark wedge-shaped bumper that even get twin rear pipes and an air diffuser. 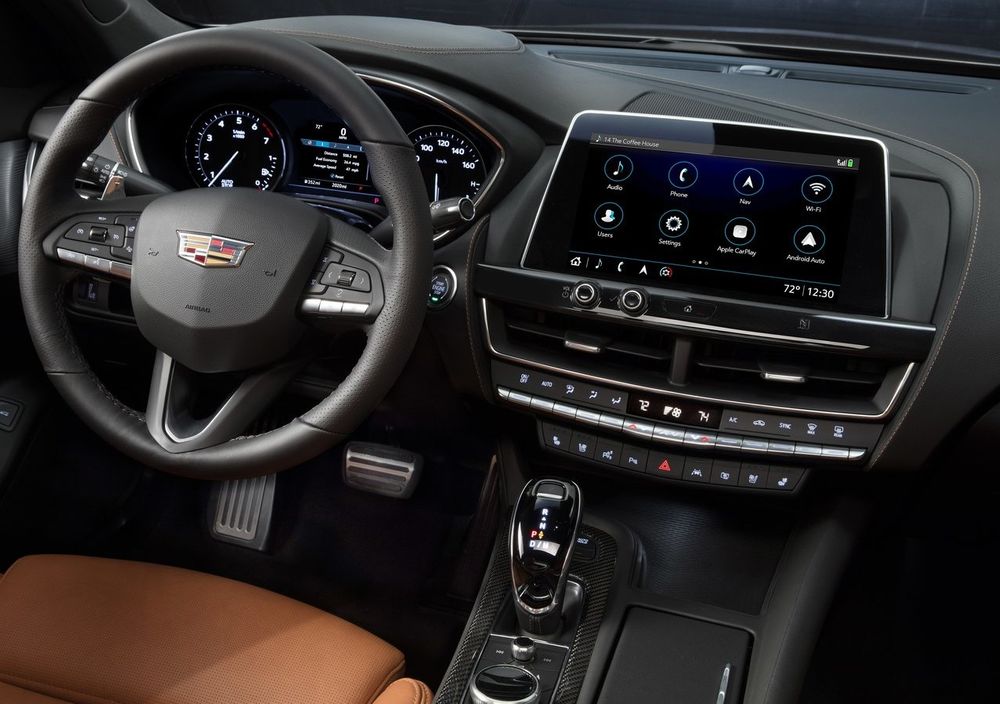 On the inside, the Cadillac CT5 employs a rather straightforward and user-friendly design. Most of the controls are just where you would expect them to be, while materials such as open-pore wood, stitched & soft-touch leather, metallic accents and even faux carbon-fiber bring some spark and joy. However, when compared to some of its chief rivals, the overall quality and fit-and-finish of some of the plastics in this cabin much to be desired.

Thankfully, the sporty-looking seats in the CT5 offer a good blend of cushiness and sporty grip, especially in the front. Furthermore, Cadillac has worked on improving the NVH levels and thus, this interior never gets too loud or harsh, even on less-than-ideal surfaces. And despite that sloping roof, the headroom is decent and shouldn’t be much of a bother for most people. On top of all this, the Cadillac CT5 comes with a 10-inch HD touchscreen infotainment system, wireless smartphone charger, 15-speaker Bose premium sound system, heated & cooled front seats, magnesium shift paddles, and heads-up display among others.

The beating heart of the 2020 Cadillac CT5 is a turbocharged 2.0-liter four-banger that develops 237 hp and 350 Nm of peak torque. Driving the rear wheels via a 10-speed torque converter automatic, the CT5 can sprint to 100 km/h in well under 7 seconds, before topping out at an estimated 209 km/h. However, while the CT5 isn’t a slouch by any standards, if driving pleasure is really a priority for you, this gorgeous sedan won’t really satisfy you much. 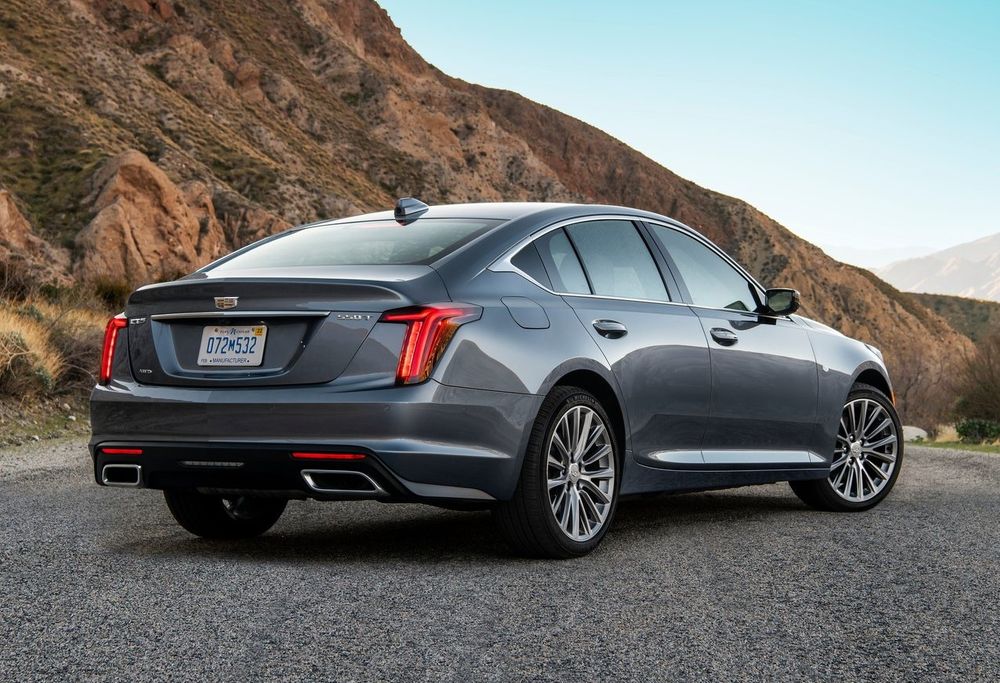 With prices in the UAE starting at just AED 1450,000, the 2020 Cadillac CT5 isn’t too pricey an offering, especially when pegged next to some of its German rivals. At the end of the day, the CT5 is a fairly decent package, but it is unlikely to blow your pants off with excitement.