2019 Chevrolet Silverado launched in the UAE 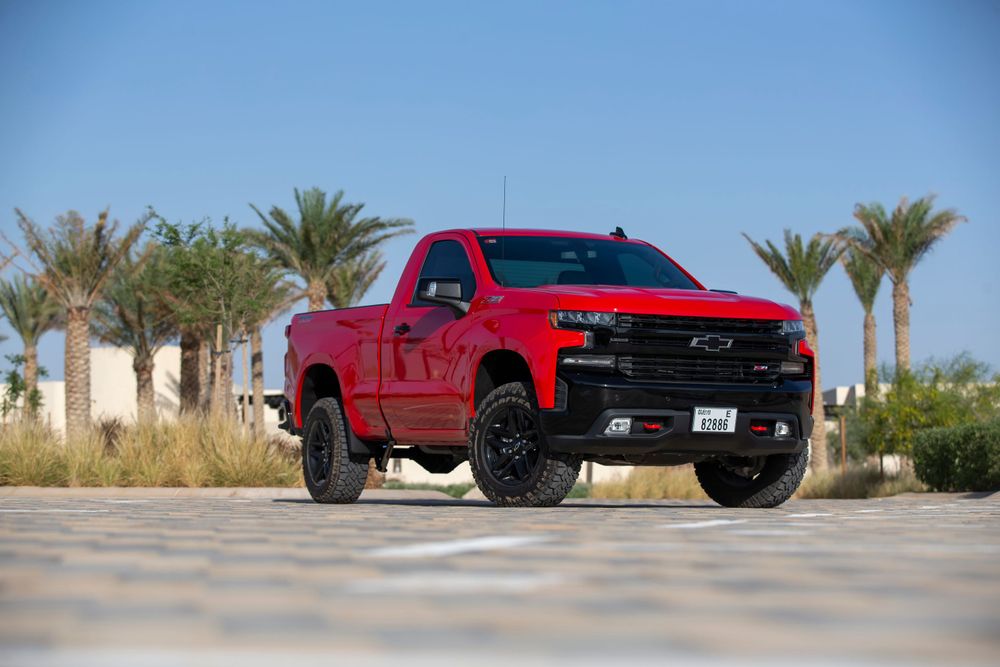 I can’t quite put my finger on it, but there’s something about pick-up trucks that makes them so very desirable. Whether it’s their design, intimidating presence, or sheer size, pick-up trucks know how to make a statement and Chevrolet has done just that with the all-new Silverado. It’s big, it’s bold, and it’s out to take on contenders such as the refreshed Ford F-150 and the all-new RAM 1500.

Held at the newly opened Jumeirah Al Wathba Resort in Abu Dhabi, the extravagant event which comprised of a mix of on-road and off-road driving not only marked the arrival of the all-new Silverado in the region, but also celebrated 100 years of building trucks for the famed American brand. Marking the occasion were a series of variants, including two Middle Eastern exclusives – the Trail Boss and RST – more on which I’ll dwell a little later in this article. 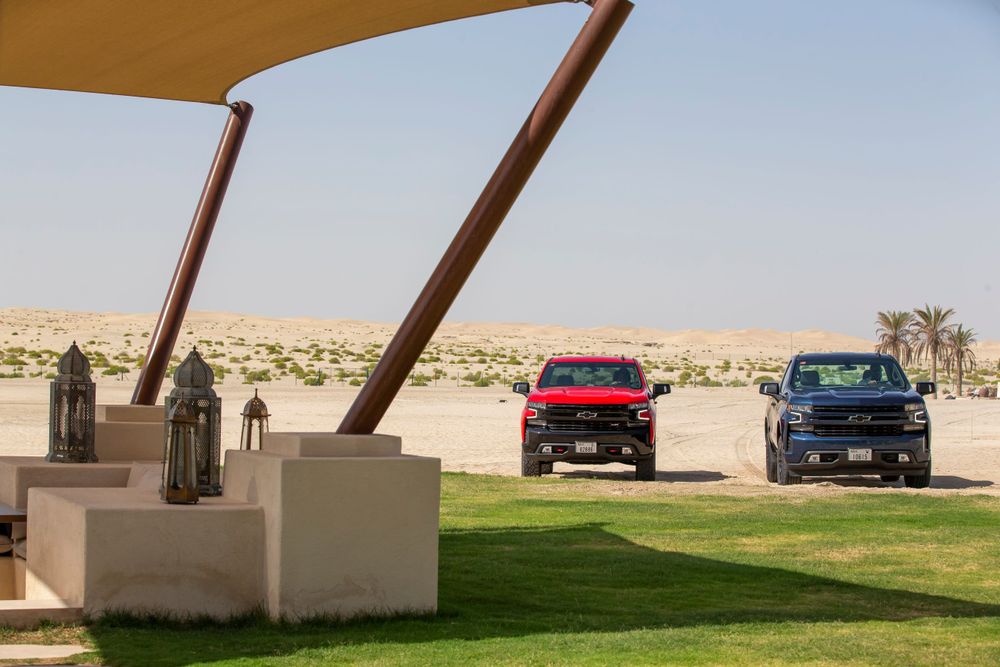 Despite pick-up trucks being perceived as the automotive equivalent of ‘all brawn and no brains’, times are a changing and Chevrolet has switched things up with a truck that is far more advanced than its predecessor. While being wider, taller, and longer than the outgoing model, the 2019 Silverado utilizes aluminum in its construction for weight saving and welcomes aero shutters in its grille for improved cooling and increased aerodynamic efficiency.

While on the topic of intelligent tech, the all-new Silverado is arguably the only truck to be equipped with an A/C vent under its wireless phone charging pad. This little innovation leads to faster charging times and keeps the battery healthier as it prevents it from overheating while charging. The other truly revolutionary piece of kit is related to the Silverado’s engine and is known as Dynamic Fuel Management, and I’ll share more details about that a little later.

For now, let’s talk about the interior. The cabin of the all-new Silverado is very similar to the outgoing model and it’s important to highlight that Chevrolet hasn’t done this as an act of sheer laziness. Instead, they’ve spoken to owners from across the world and they all loved the practicality, design, and ease of use that their Silverado interior offered. Having said that, the owners did have a few complaints such as the lack of rear A/C vents and the placement of the airbag disconnect switch, which have been rectified with the 2019 model.

From a design perspective, it’s rugged yet sophisticated with all variants of the Silverado receiving a 7-inch infotainment screen as standard. Higher trims receive a larger 8-inch screen and benefit from a rearview mirror activated camera. The camera, which is placed at the back of the truck, offers a 300% wider field of view than a standard mirror and is immensely handy when there’s 5-6 occupants inside the truck or a big load in the back. 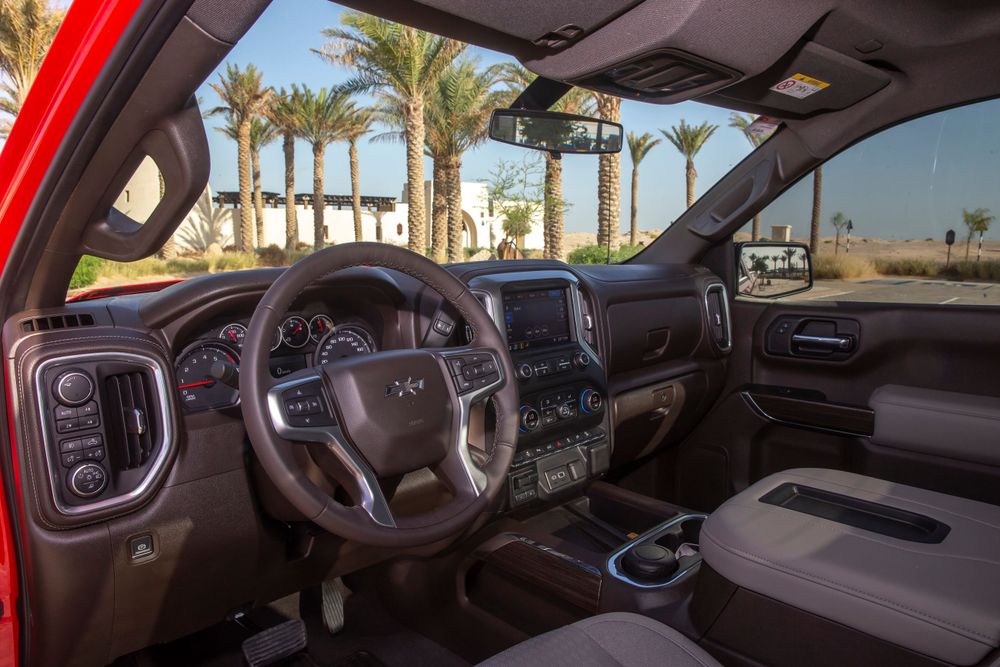 Driving impressions despite a mix of on-road and off-road driving remain rather neutral since the pros of the all-new Silverado are equally balanced with its cons. For instance, the turbocharged 4-cylinder unit we drove in the sand was moderately capable but since we never had the opportunity to enter double-digit speeds as part of the convoy, it was difficult to tell where the capabilities of the 4-cylinder ended and where one would need the V6 or V8 to kick in. 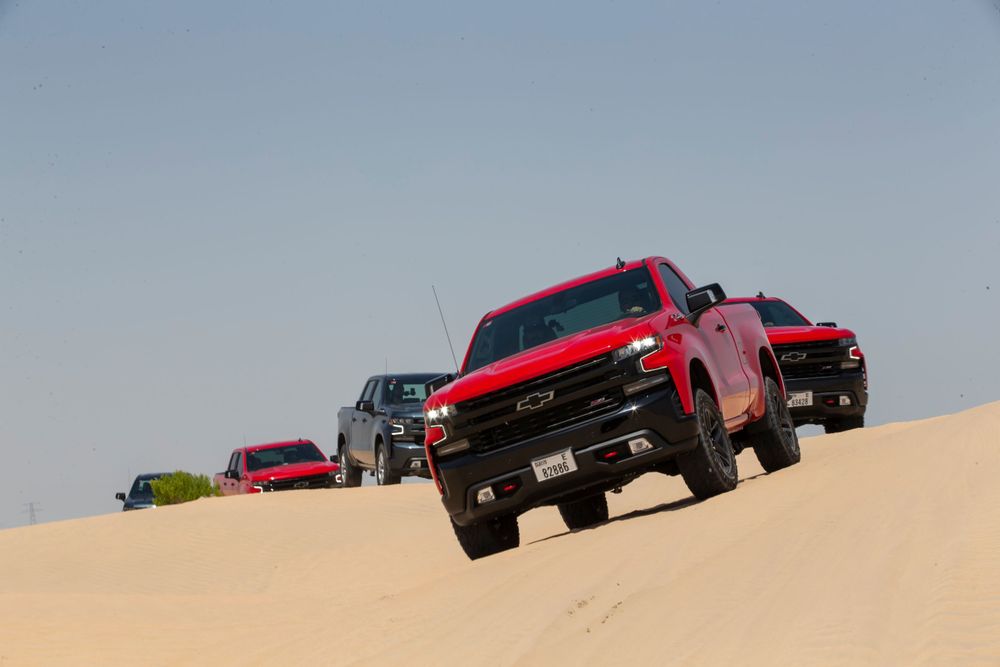 Having said that, the new V8 engines do come fitted with something known as Dynamic Fuel Management, which is essentially an upgrade on the Active Fuel Management system that switches off 4-cylinders out of 8 when cruising at low speeds. The new system switches off up to 6 out of 8 cylinders, meaning the engine can run on just two cylinders when needed. Of course, all of this has been carried out in the name of improved fuel efficiency, but the ride still leaves a lot to be desired.

Although Chevrolet have tried improving ride quality by integrating a spoiler of sorts to the bed of the truck to help with pushing wind over the truck and reducing the infamous bounce that pick-up trucks are known for, their efforts haven’t really paid off. While the ride might be better in models fitted with air suspension, the standard models that we drove (regular cab and crew cab) do not match the standards set by the all-new RAM 1500 or the refreshed Ford F-150. 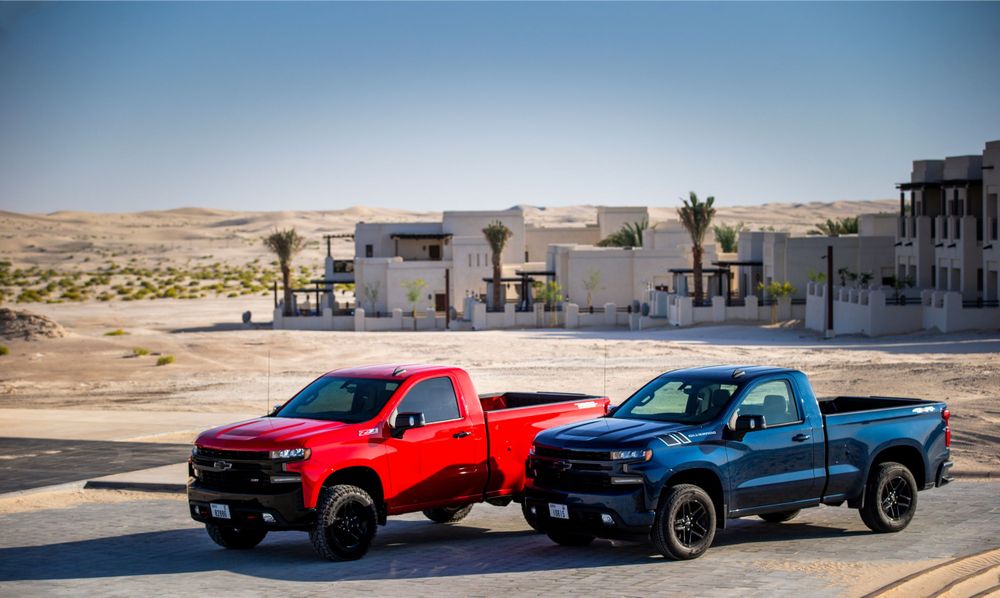