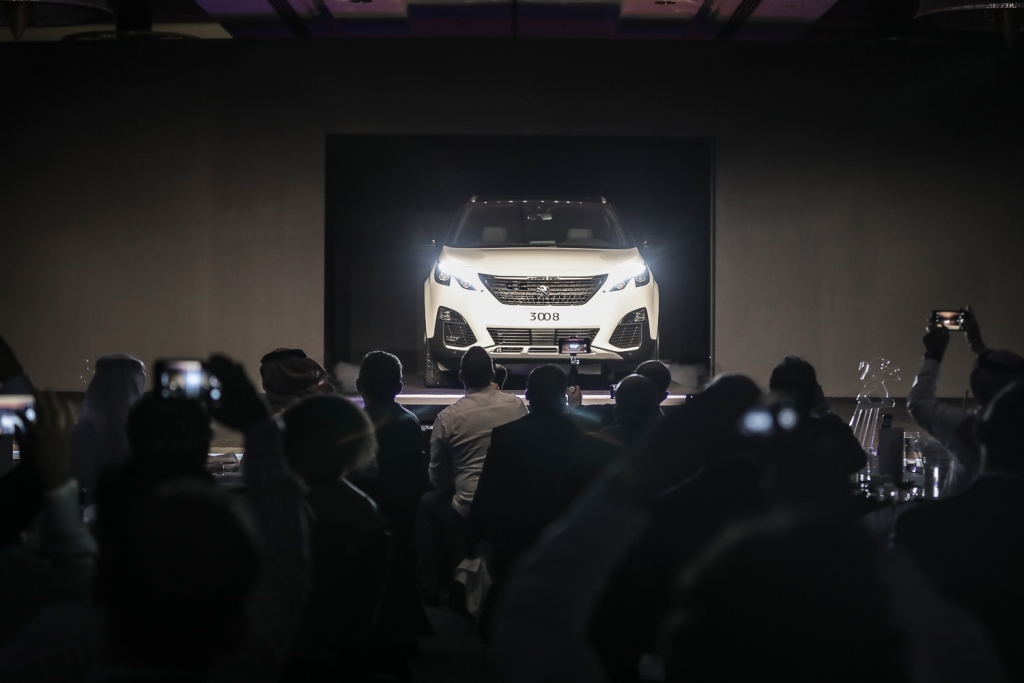 The eagerly anticipated and much awaited 2017 Peugeot 3008, broke cover at the regional launch recently held at Dubai’s Jumeirah Beach Hotel. Attended by Jean-Philippe Imparato, Chief Executive Officer of the Peugeot brand, the theme for the entire event surrounded “Stop imaging the future; Drive it.”

Making its Middle Eastern debut, the European Car of The Year was introduced with a 1.6-liter turbocharged unit that chucks out 165 horsepower and 240 Nm of torque through a 6-speed automatic transmission. Having been hot-weather tested in the region, the French CUV is well tailored to handle the grueling temperatures, while offering interesting features such as screen mirroring, wireless charging, and 3D navigation. 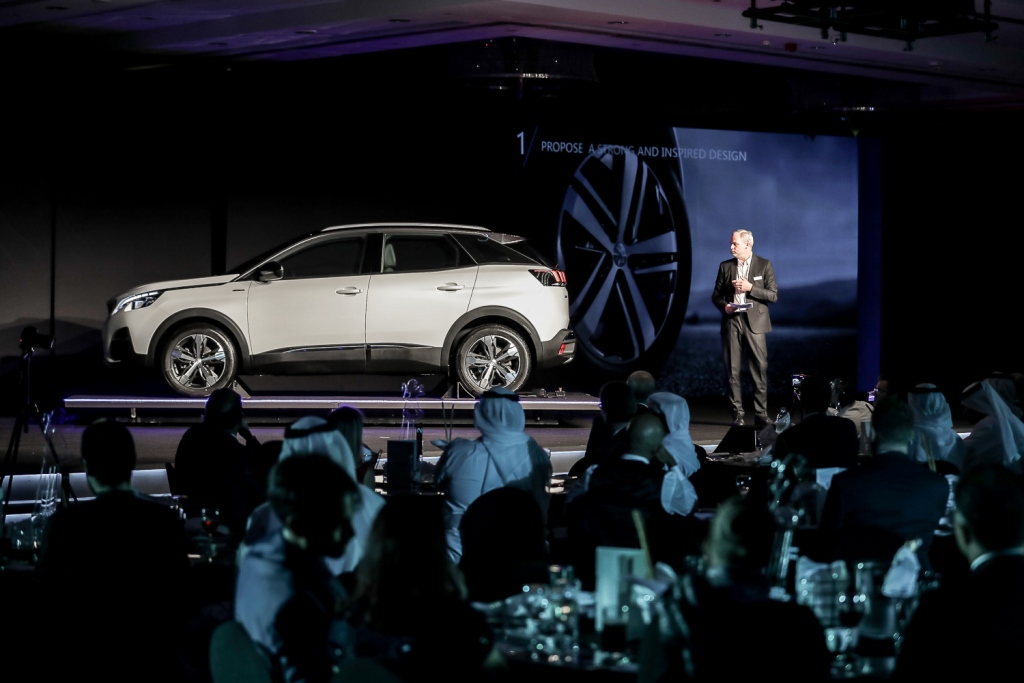 Commenting on the launch, Jean-Philippe Imparato said: “The all-new PEUGEOT 3008 CUV is a car made for the Gulf Region offering 5 years of manufacturer warranty, not just 3. The journey of the thousand miles begins with one step, and today the launch of this vehicle embodies our ambition and aspiration to achieve rapid growth in the Middle East.” 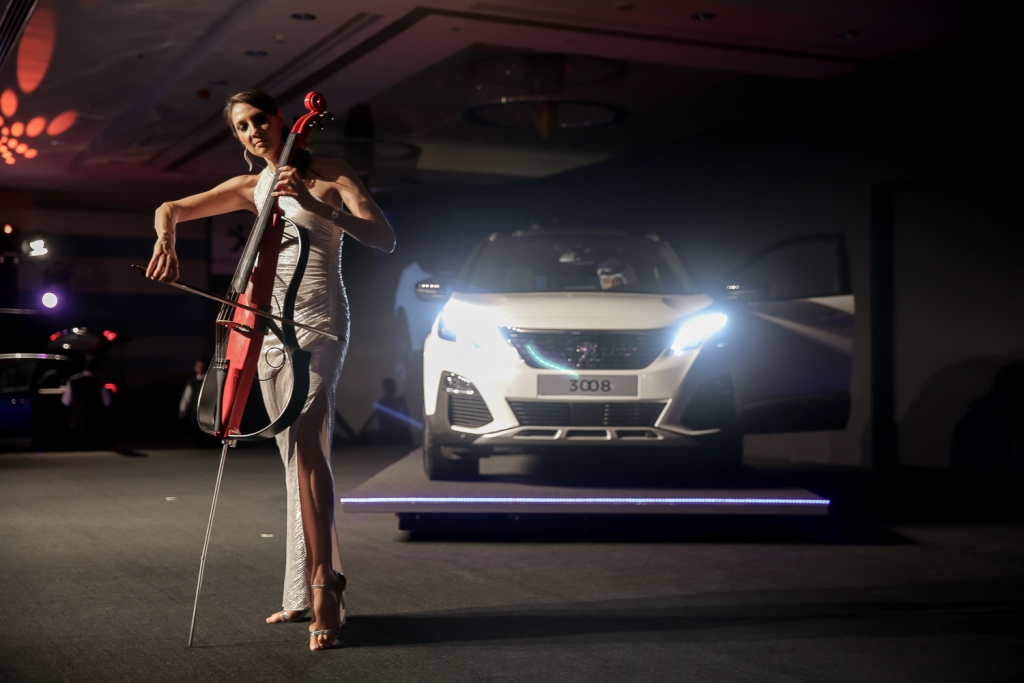 Contributing to the brand’s aspiration of selling 2 million cars worldwide, the 2017 Peugeot 3008 CUV features the latest-generation of Peugeot’s i-Cockpit with an 8-inch touch screen and six piano-style toggle switches to control the radio, climate control, navigation, and vehicle parameters.

Cedric Zayoun, Managing Director of the GCC region at PSA Group said: “We stressed on the importance of the GCC region amongst potential markets for PSA Group during the inauguration of the group’s first regional office in Dubai back in March. We have promised 4 new launches this year in the GCC and today we gather to celebrate the first one.” 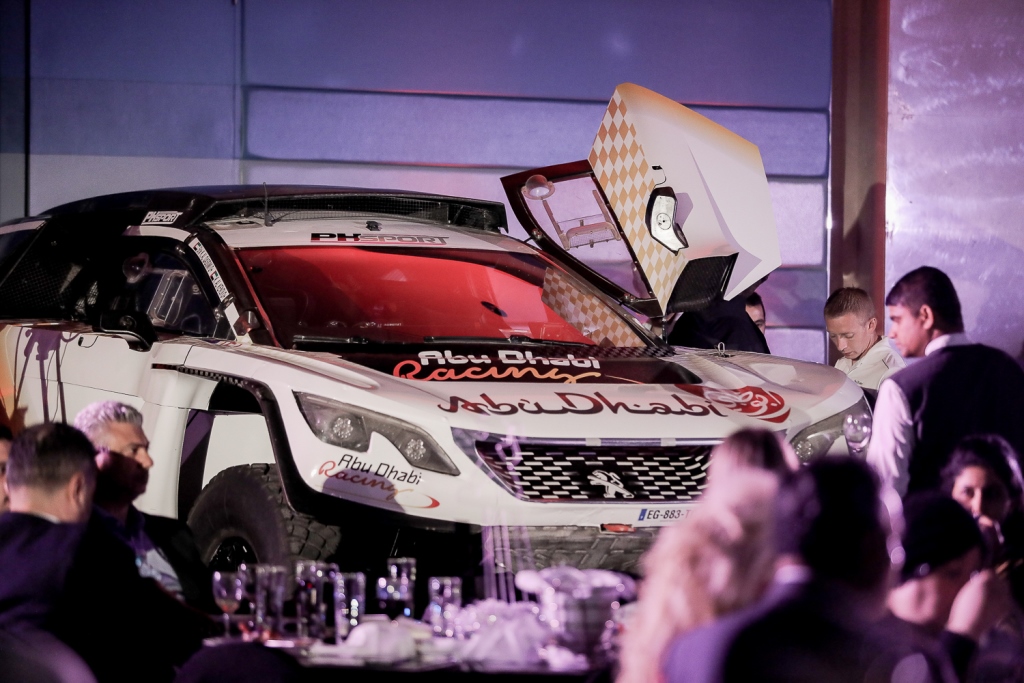